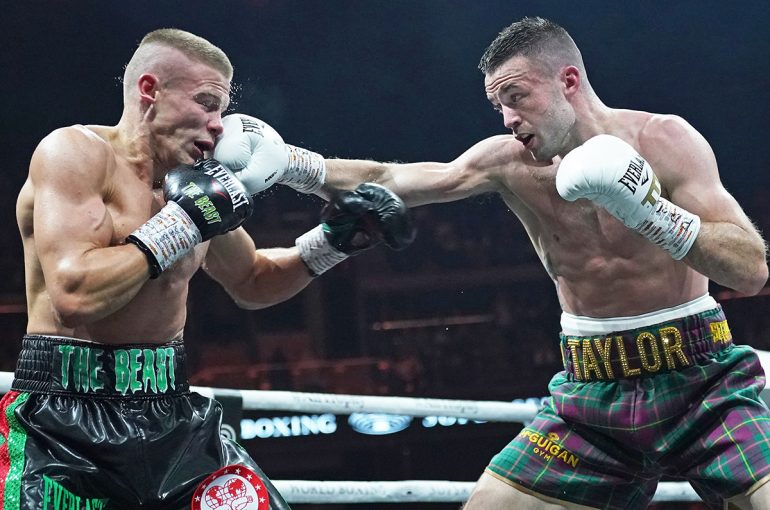 Photo by Naoki Fukuda
18
May
by Tom Gray

Classy Scottish southpaw Josh Taylor claimed the IBF junior welterweight title after posting a 12-round unanimous decision over a super-tough Ivan Baranchyk at the SSE Hydro on Saturday. The official scores were 117-109, 115-111 and 115-111.

Taylor, who is rated No. 2 by The Ring at 140 pounds, decked the visitor twice in the sixth and had sucked most of the danger out of Baranchyk by the midway point. The Edinburgh man will now face WBA counterpart Regis Prograis in the final of the World Boxing Super Series tournament. The vacant Ring Magazine title will also be at stake in that contest.

“And the new,” cried a jubilant Taylor in his post-fight interview. “I took more risks than I should have tonight. I could have made it a lot easier, but I felt comfortable in there. If there was more time (in the sixth) it would have been game over. I’m over the moon.” 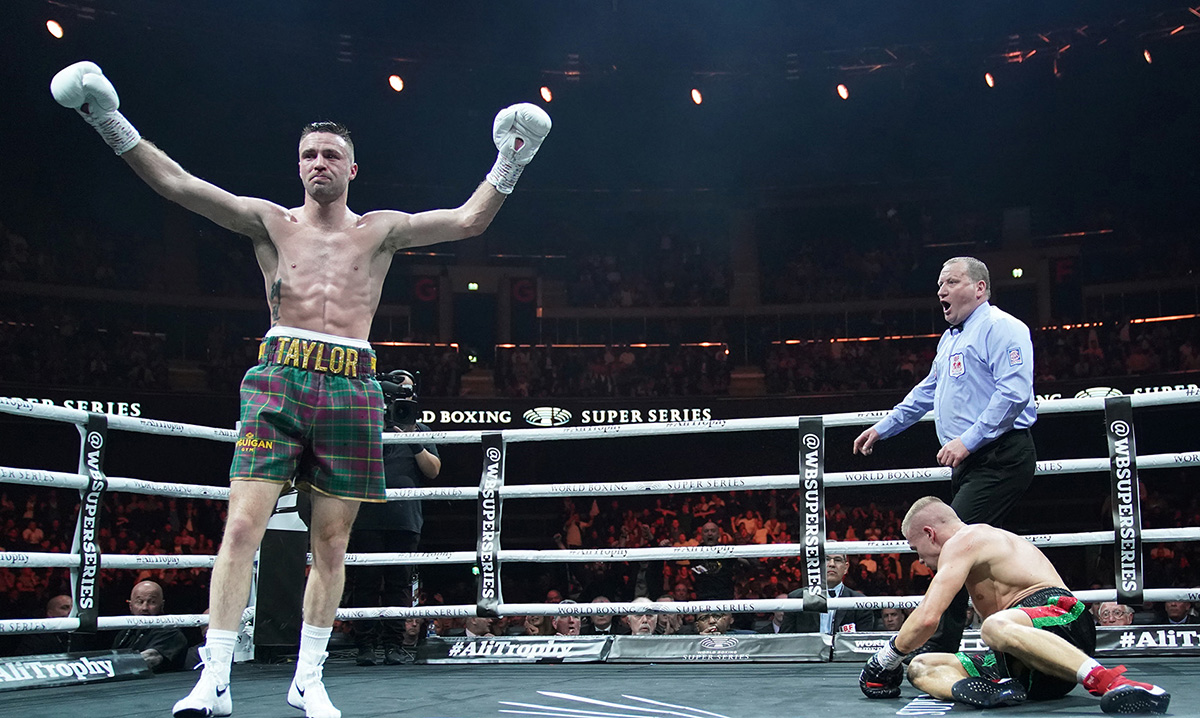 Taylor (15-0, 12 knockouts) was clearly impressed by the champion’s power in the first half, but his perfect right-hook knockdown in the sixth was a turning point. The Scotsman floored “The Beast” again with a furious combination in that session and, despite making it out of the round, Baranchyk was never the same after that.

The 28-year-old Taylor has been pure dynamite since turning professional in July 2015. Fast-tracked from the get-go, the quick-fisted lefty has improved in almost every category, and this was a career-defining victory. The sky’s the limit, although Prograis is sure to provide the toughest test of his career to date.

Baranchyk, who was rated No. 5 by The Ring coming in, is only 26 years old and there’s plenty of time for improvement. We’re sure to hear from the hard-hitting Russian in the future, and there’s no shame in losing to a fighter of Taylor’s quality.