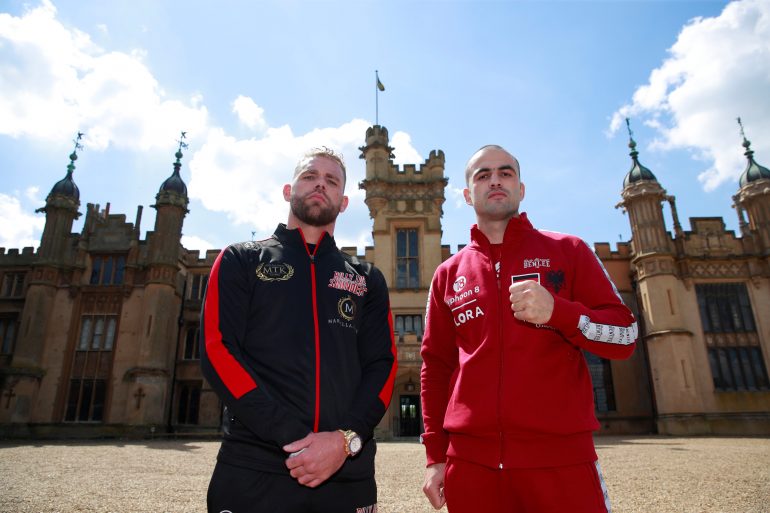 Saunders (left) and Isufi. Action Images via Reuters/Andrew Couldridge
16
May
by Tris Dixon

Former WBO middleweight champion Billy Joe Saunders is looking to kickstart his career when he fights for the WBO super middleweight title on Saturday in Stevenage, England.

The controversial star meets Shefat Isufi for the vacant title and while he is not overlooking his opponent, he admits he cannot afford to slip up if he is to entice one of the big names at 160 or 168 into a showdown.

“I think it’s very important, especially to make a statement at this weight,” he said, of needing to look good against Isufi. “A lot of people are saying, ‘He’s too small, he’s not a big super middleweight’ or this and that and when I was coming through people were saying I was never going to be a world champion, so it’s not just winning these, it’s winning in style and I have to put on a performance here to get people to notice so I can get those big fights.”

Having previously signed contracts to fight Gennady Golovkin and Canelo Alvarez, he doesn’t believe either of them have any interest in facing him, so it’s Demetrius Andrade, holder of his old belt, that leads him to say he has “unfinished business” at middleweight.

Saunders has lost the momentum he had after a convincing win over David Lemieux in 2017 and at 29 he realises he is approaching make or break status in his career.

“I had a bad 2018, lost my WBO world title [stripped], or should I say it was robbed off me,” he said. “But I’m in touching distance of becoming champion again.”

Saunders would not use the disappointment of not landing a big fight to excuse his behaviour over the last year or so – there have been several well-documented flashpoints – but admitted that losing out on fights he thought were there did hurt him.

“I would most probably say yeah, but I’m not looking for excuses,” he said, when asked if they affected his behaviour. “When you beat who’s put in front of you, you beat back to back mandatories, you beat Willie Monroe and David Lemieux, I’m expecting a big fight. It wasn’t meant to be. I might be in that ‘Who needs him club’. They were waiting for each other, I was a banana skin.

“When you know the politics of this sport you can’t force anybody’s hand, even at world title level. I’m willing and open to fighting anybody. All I can do is win, look good and beat who they put in front of me. If that’s Golovkin, Canelo, (Danny) Jacobs, one of the Charlos (Jermell and Jarmall), then so be it, but I’m just going to keep beating who they put in front of me and looking good.” 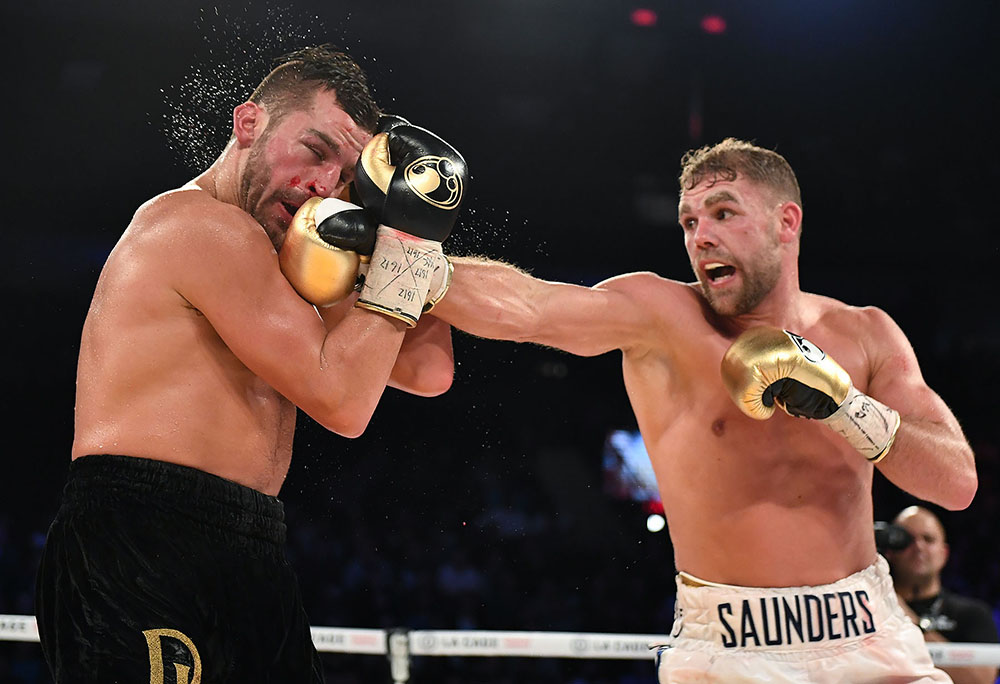 That starts on Saturday, when Billy Joe is a significant favourite against Isufi.

“A lot of people are thinking I’m just going to pick a world title up,” Saunders explained. “He’s very strong, he’s good at what he does, I won’t say too much but what he does well is effective.”

Yet both the fighter and his trainer, Ben Davison, said the best of Saunders will only be on display when he faces the elite, Lemieux was an advert for that.

“I think it’s always in me, I’m made for them [big nights],” he said. “Those sort of performances are why I’m in the sport. They will come. I haven’t been in a big fight now for a year and [five] months. I had a run out in December but I’m not going to rush anything or please anyone, I’m going to go in there, do my own thing and it should flow and it should be world class.”

It was after the Lemieux fight when the iron was at its hottest and Saunders could have struck, but it wasn’t to be.

“Me and Frank [Warren] had a meeting with Oscar De La Hoya the day afterwards and he more or less said the Canelo fight’s not going to happen,” Saunders remembered. “The style’s wrong. The words he used was something like it won’t sell well in America because I’m a boxer-mover, he wants someone who will stand and have a fight, [Erislandy] Lara nearly beat him. But they’re the sort of fights I was expecting from that kind of win, going abroad and probably [delivering] the best performance from a British fighter on different soil – but it wasn’t meant to be.

“They’re the fights I want. I want to be involved in the big fights, but I can be the first gypsy man to be a two-weight, two-time world champion and this is very exciting and I’m over the moon that this is a proper homecoming for me.

“I’ve always said when I was 30 I would be retired but I’m going to extend a year on that because of a lack of activity for a year, so I’m going to say around 31, 32 I’m done, so I’ve only got about two years left in the sport.”

Saunders is hoping for three fights this year and maybe six or seven before he checks out. He wants to make up for lost time.

But he remains doubtful that he will ever land the biggest fish at 160 pounds.

“I’m not worried about them [Golovkin and Canelo] now,” Saunders said. “They’re put behind me. They used me as a go between when they were negotiating, they got me to sign a contract and it worked, good luck to them. It is what it is. In this sport we’re all bait. One minute you’re king of the world, the next you have one slip up and you’re bottom of the pile. In this sport you’re no one’s friend accept yourself because it’s a selfish sport so you have to do what’s best for you.”