Masayuki Kuroda: ‘I have watched Moruti Mthalane’s previous bouts, there is nothing tricky about his style’ 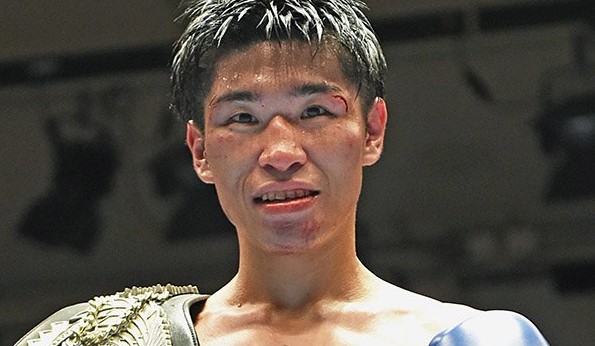 06
May
by Anson Wainwright

Veteran Japanese fighter Masayuki Kuroda will challenge Moruti Mthalane for the IBF flyweight title at the famous Korakuen Hall in Tokyo, Japan on May 13.

Mthalane and Kuroda, who are rated No. 2 and No. 9 by The Ring respectively at 112 pounds, have been patient for different reasons in recent years. Mthalane had to wait on the sidelines before he could win back his old title, while Kuroda focused on defending his Japanese championship while awaiting a second world title shot.

“I am looking forward to the bout very much,” Kuroda (30-7-3, 16 knockouts) told The Ring through Hank Hakoda at the Kawasaki Nitta Boxing Gym. “I have been waiting for this opportunity for six years.

“Last November, I was supposed to fight an elimination bout against Eaktwan BTU Ruaviking (Komgrich Nantapech) in Thailand, but it was canceled due to his injury. I have not fought since last July.

“I like to fight in Korakuen Hall. Fighting there will be my advantage because I can clearly picture how things are going to be on the day. I have never lost fighting out of the corner that I will use in this bout. I believe that this will bring me luck.”

The 32-year-old challenger has seen Mthalane box and is not overawed with the task that lies ahead.

“I have watched Mthalane’s previous bouts a couple of times,” Kuroda said. “I will not watch any more.

“There is nothing tricky about his fight style, which is based on the basic boxing techniques, such as high guard defense and simple combinations with sound fight plans.

“I am not going to prepare anything special for this bout. I am just brushing up on my basic skills based on advice from Mr. Nitta and other trainers; maintain my distance, move quickly after I punch and so on.”

Looking back, Kuroda feels he is a vastly improved fighter since he lost to Juan Carlos Reveco in a 2013 world title bout.

“I was not in the right frame of mind to fight world title bouts at that time,” acknowledged Kuroda. “I have overcome my weakness, and now it has become one of my strengths; to pick up points in rounds and win the see-saw fights.

“My mental toughness today is totally different from what it was six years ago. I no longer lose my concentration in the later rounds.”

Kuroda’s form became patchy after losing to Reveco. He went 3-3-1 in a seven-fight stretch that included being stopped for the only time in his career by Suguru Muranaka in a national title fight. However, Kuroda did display mental toughness, avenging a loss to Takuya Kogawa to win the national title.

Kuroda also works a day job at a Family Mart convenience store from 6:00 a.m. to 9:00 a.m, five or six days a week. He says he will continue to work there even if he wins the world title.

“I will never forget that they have always supported me through good times and bad times, cheering me on and coming to every one of my bouts,” Kuroda said.

“I look forward to returning their favor as a ‘Champion Employee’ whenever I am available. I think that it is the best possible thing I can do for them.” 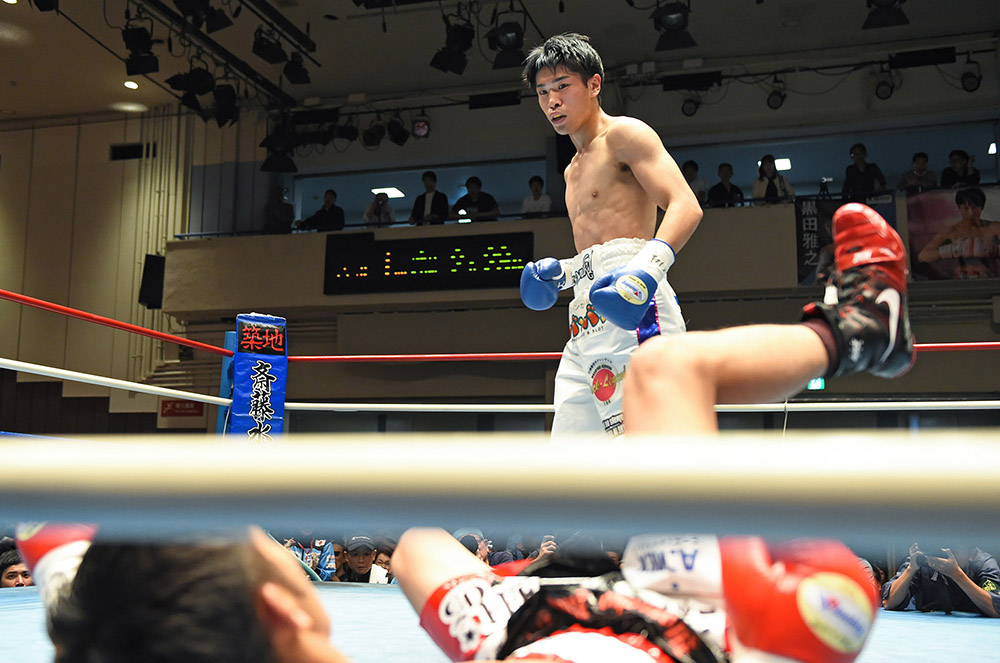 After work, Kuroda heads to the nearby gym where he has sparred countless rounds with a slew of top fighters.

“I sparred with Naoya Inoue [Kuroda has sparred over 150 rounds with Inoue and has never been knocked down], Sho Kimura, Ken Shiro and other world-class boxers,” Kuroda said. “I am fully confident of beating Mthalane. I am training as if I were to fight ‘Monster’ Inoue on May 13 (laughs).

“I am 100 percent confident I can fight 12 rounds mentally and physically. I am improving my basic skillset in training. I will just perform by the book with a lot of simple but essential things against Mthalane. In my opinion, the world-class boxers always win by doing a lot more basic things than their opponents.”

After working with several domestic and OPBF champions, Mr. Nitta, head of the Kawasaki Nitta Promotion Co. Ltd, hopes Kuroda can become  the first champion from a gym in Kawasaki.

“My biggest expectation on Kuroda is to show what we did during the training sessions for years,” said Nitta. “Actually, he is getting better and better at taking it into action on the ring these days. I want him to perform the best of his career.

“It is going to be a good matchup with an intense toe-to-toe battle. The fight is likely to go back and forth with a lot of exchanges. I am sure that Kuroda can hit Mthalane through his high guard.

“Kuroda needs to throw the first blow and take the initiative. Unlike before, Kuroda is now able to fight very flexibly, even in the unexpected or worst situations. I used to worry about his innocent characteristics, when he tended to do things at his own pace.

“I am sure that Kuroda has a very good chance to knock him out by keeping up what he is supposed to do.”

Kuroda appreciates that with his 33rd birthday looming in the summer, this will likely be his final opportunity to win a world title.

“I look forward to seeing how my life is going to change after the bout,” Kuroda said. “Boxing really makes me feel alive now.

“I am standing at the crossroads of my life; whether I end my life as just a man or the world champion. I feel like I will fight my debut again on May 13. I am so excited.”

After making four defenses in total, Mthalane was stripped of his title for inactivity. However, last year, at the age of 36, the South African star regained a vacant version of his old title, defeating Muhammad Waseem by unanimous decision. Last time out, he stopped Masahiro Sakamoto in 10.

Our correspondent Hank Hakoda helped co-ordinate and translate this feature.