Yamaguchi Falcao wants big fights, but big names have not been forthcoming 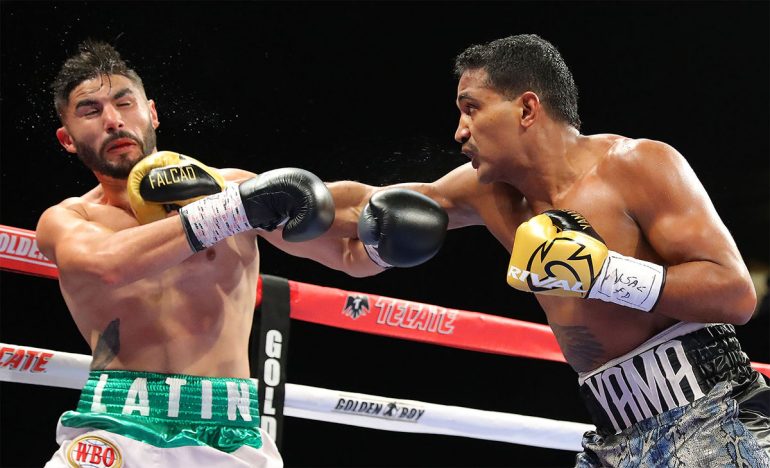 The race up the ladder for the fighting Falcao brothers, Esquiva and Yamaguchi, has been steady, and no, not slow, but quite incremental.

You recall, maybe: Yamaguchi, the older brother, and Esquiva, the younger, both took part in the 2012 Olympics. Yamaguchi earned bronze for Brazil, at light heavy, as he ceded middleweight to little bro Esquiva, who took silver in London.

The medals were the first for Brazil in the pugilism sphere in 44 years, so there was buzz, and suitors.

Not that they have a nasty competition going, but yes, brothers are only human. Esquiva sees Yamaguchi ranked No. 9 by the WBC, and big bro sees little bro at No. 6 in the WBA and 8th in the IBF. They do want to excel, not at the expense of the other, but of course there is an extra little bit of zest because brothers do get compared in rather direct fashion, for obvious reasons.

The 31 year old Yamaguchi sounds like he’s properly dialed in, and has proper momentum building as he edges up the ratings ladder. Talk to us, Yamaguchi (16-0 with 7 Kos) , what’s the good word?

“I feel like I’ve got a brand new life, now I have a son and everything I do and for him I am very happy with my new life,” he said to RING. 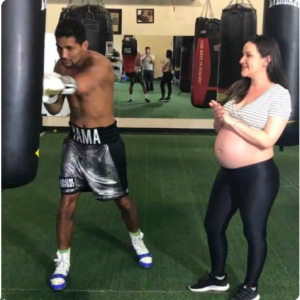 “I already know that Pearson in his mind knows he didn’t beat me in the World Series of Boxing. (Judges said otherwise; Pearson won an SD over Yamaguchi.) I’m going to try and beat him by knockout. This fight is just one more step in front of me for getting a world title shot!”

Falcao-Pearson is the 10-round main event of the May 2 edition of Golden Boy Fight Night at The Joint at the Hard Rock Hotel & Casino, Las Vegas.

The event, taking place just two days before the highly anticipated unification fight between Canelo Alvarez and Daniel Jacobs, will be streamed live on Facebook Watch via the Golden Boy Fight Night Page.

Robert Diaz, the Golden Boy executive and ace matchmaker, has seen Yama from the get go. What’s his take on the older Falcao? “He has progressed well. He has become more aggressive and full of confidence. He is willing to fight anyone, no one is willing to fight him. This will be good test as Pearson beat him in amateurs.”

And that Pearson is 28 and 3-2 in his last five. He’s lost his step up fights, and so, if we’re going by history, Yamaguchi, a Plant City, Florida resident, should be able to solve him and stay unbeaten.

Yamaguchi has had some fights he thought would get made, and then the rug would get pulled out. He wonders, is he getting avoided? Might make sense, lefties are Kryponite sometimes…

Diaz backs him up, and tells me the fights that almost got made or he thought could get made, but then went off rails: Demetrius Andrade…Jason Quigley…Paul Mendez. “We tried for GGG when GGG fought Vanes instead,” Diaz shared.

The left-hander continued: “I really want my chance, I think it’s not far after this fight. It may happen that the great fighters are avoiding me because they know who I am and the talent I have. I’m going to be a world champion. I owe everything to my family and my team. They have both been so supportive and we’re in this together! I want to thank my wife and my team for believing in my work. I am a champion. I’m just waiting to get my time.”

NOTE: The undercard of the Falcao-Pearson-topped event will feature two fighters from Golden Boy’s new co-promotional agreement with Eye of the Tiger Management:  Steven Butler (26-1-1, 23 KOs) of Montreal, Canada will fight for the WBC International Middleweight Title against Vitali Kopylenko (28-1, 16 KOs). Erik Bazinyan (22-0, 17 KOs), a middleweight contender out of Quebec, Canada, will defend his NABA & NABO Super Middleweight Titles against Alan Campa (17-4, 11 KOs) of Guaymas, Mexico in a 10-round battle.