Romero Duno to challenge Juan Antonio Rodriguez on May 16 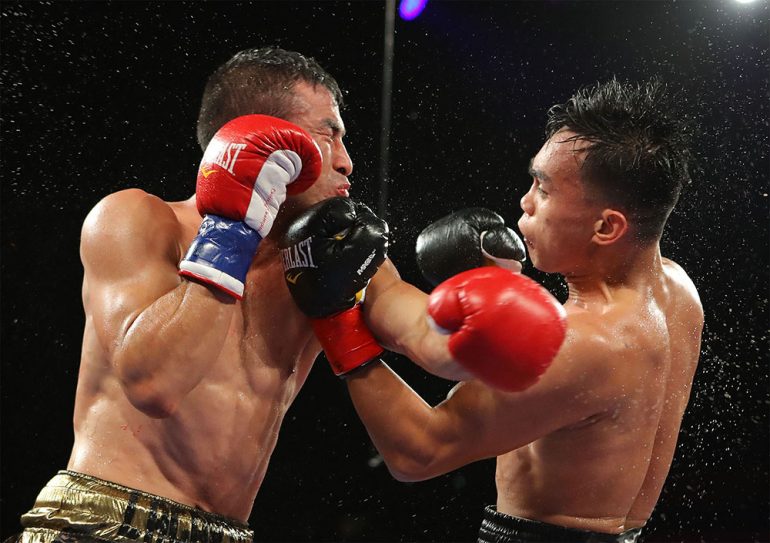 The 10-round bout will take place at the Fantasy Springs Resorts Casino in Indio, California. The fight will headline a Golden Boy-DAZN ‘Thursday Night Fights’ telecast that will also be streamed on RingTV.com.

Duno (19-1, 15 knockouts), who is originally from the Philippines and now resides in the Los Angeles area, burst onto the boxing scene in March of 2017, knocking out highly-touted prospect Christian “Chimpa” Gonzalez in less than two rounds.

Duno’s most notable win thus far is a unanimous decision victory over fringe contender Gilberto Gonzalez on May 17. Since suffering the only loss of his career to unbeaten Mikhail Alexeev, Duno has won his last 10 bouts.

The 23-year-old Duno will have revenge on his mind as Rodriguez knocked out fellow Filipino lightweight contender Mercito Gesta on March 21.

“I feel good,and I’m happy to be returning to the ring,” said Duno, who knocked out Kuldeep Dhanda in his most recent bout on February 9. “Mercito Gesta is my friend. This victory will be for all of his fans and for the Filipino fans. I will make sure to train very hard to give a great fight on May 16.”

Rodriguez’s career has stagnated over the last several years. The 31-year-old Rodriguez did not fight in 2018 and only fought once in 2016 and 2017.

“I’m very excited about my next fight on May 16 against a very tough opponent in Romero Duno,” said Rodriguez. “I want to make it clear that my victory against Mercito Gesta was no fluke. And let’s not forget that (Gesta) was ranked No. 2 in the world at the time. I always conscientiously and never take any fight lightly. I try to give everything in the gym and I’ll come in great shape to give a great fight.

“I know that Duno is a great fighter. He is very strong and can hit very hard. This fight could end in any round. Someone is going to get knocked out.”