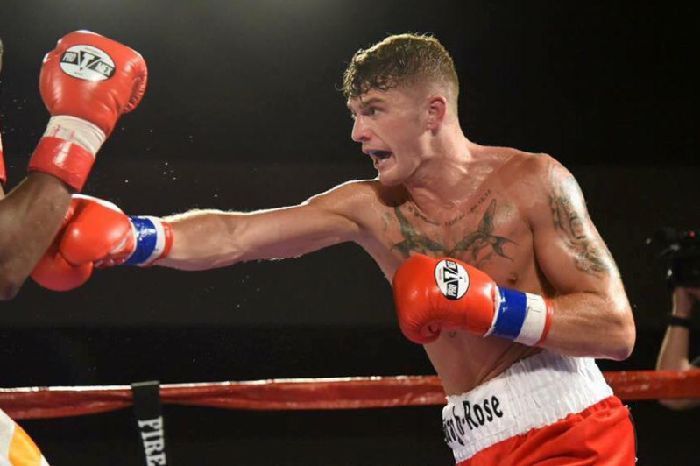 Middleweight prospect Connor Coyle wants to become the latest in a long line of fighters from Ireland to have success in the United States.

The 28-year-old Coyle, who is originally from Derry in Northern Ireland, made his pro debut in October 2016 after a stellar amateur career.

After fighting five times in 2017, Coyle (9-0, 3 knockouts) fought only once in 2018. He made his UFC Fight Pass debut in his last bout on Feb. 16 in Saint Petersburg, Florida, dropping Travis Scott twice en route to a one-sided decision victory.

Promoter Keith Veltre and the rest of the Roy Jones Jr. Promotions team are high on Coyle and believe he can become a legitimate contender at 160 pounds.

“I’m very excited to see Connor fight live,” Roy Jones Jr. Promotions matchmaker Guy Taylor told The Ring on Tuesday. “We couldn’t ask for a better setting for Connor to make his debut with the company and make his Las Vegas debut.”

“Connor is in one of the deepest divisions in boxing and having UFC Fight Pass as a partner will only help elevate Connor’s quest from being a prospect to becoming a world-ranked (middleweight) contender.”

Burwell (8-2, 3 KOs), who resides in Orlando, has won his last two bouts since losing to Kenneth McNeil in July 2016.

In the co-feature, lightweight Antonio Williams (9-0, 4 KOs) will square off against Eduardo Garza (13-2, 7 KOs) in an eight-round bout.