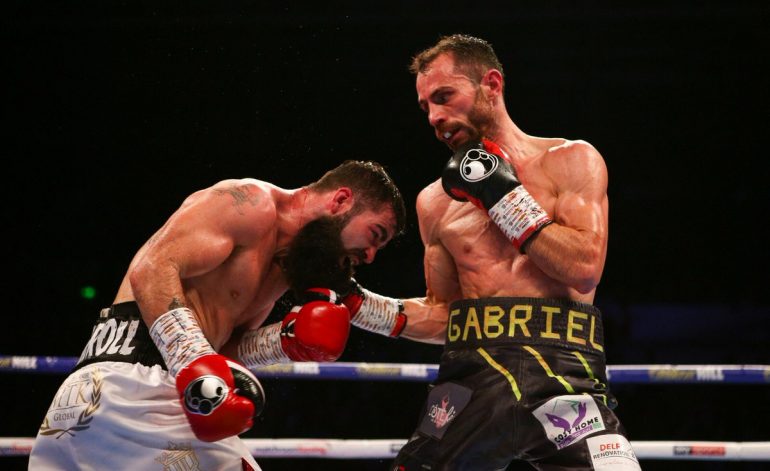 In December, skilled Frenchman Guillaume Frenois traveled to England and fought rugged Irishman Jono Carroll to a 12-round draw in an IBF junior lightweight title eliminator.

Frenois (46-1-1, 12 knockouts) firmly believes he did more than enough to win on the road.

“I won, obviously,” Frenois told The Ring through his manager, Mehdi Lafifi. “The IBF supervisor, (Matchroom promoter) Eddie Hearn, the crowd, Carroll’s team, Irish fans and the thousands of messages received are unanimous. I won this world title eliminator.

“I clearly deserved to fight Farmer, but the IBF board and Matchroom asked us respectfully to let Carroll fight Farmer on St. Patrick’s weekend. We didn’t mind because we had the guarantee that I will fight the winner before June 13th. It’s official.”

“A draw in England on a Matchroom show means what it means,” said the manager. “We kindly accepted what Eddie Hearn proposed just after the show, live on TV. Carroll could go first and Frenois will be mandatory next.”

However, as yet, there are no talks for Frenois to face Farmer.

“It’s about being fair,” said Lafifi. “Guillaume Frenois is a former European champion and has one of the best records and careers in the junior lightweight division. He has targeted that world title for a long time and now it’s his turn.”

And the 35-year-old southpaw has some strong words for the flashy IBF titleholder.

“Farmer knows that my boxing style is his worst nightmare,” said Frenois. “I’m much better than Caroll and all the previous boxers he fought. He is a fake a champion and he knows that. Maybe that’s why he’s avoiding me.”