Teofimo Lopez has no intention of toning down post-fight celebrations 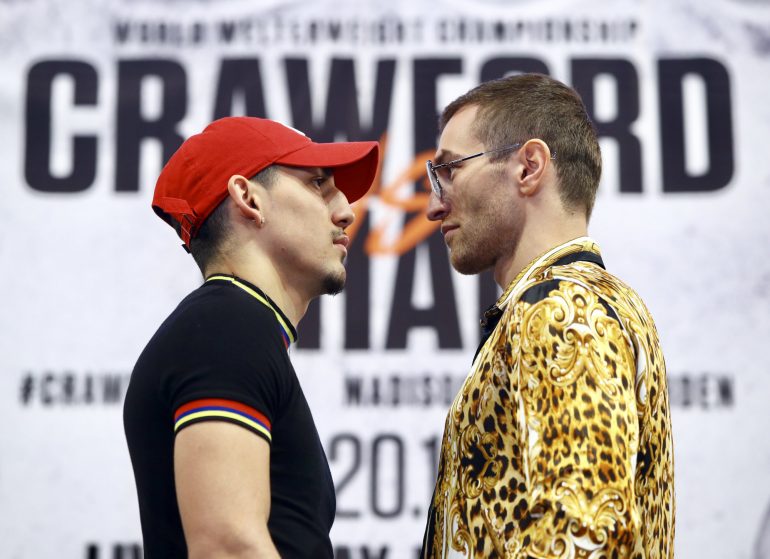 Lightweight contender Teofimo Lopez will not apologize for his brash attitude or post-fight celebrations anytime soon. In fact, do not count on him doing that anytime soon.

As long as he continues to win, Lopez will find creative ways to celebrate inside the ring. Then again, no one has come close to stopping ‘The Takeover,’ which has become Lopez’s plan of conquering the lightweight division.

Egis Tatli will attempt to stop Lopez’s momentum as the two square off Saturday night at Madison Square Garden in New York City. The 12-round bout will precede the main event bout between WBO welterweight titleholder Terence Crawford and Amir Khan.

Lopez (12-0, 10 knockouts) flew under the radar, but has exploded in popularity over the last year, due in part to knockout victories and post-fight celebrations.

In his last bout, Lopez battered and broke down former world title challenger Diego Magdaleno before scoring a devastating knockout victory in round seven. As has been his customary trademark, Lopez performed a post-fight ‘Fortnite’ celebrations, followed by making a motion of sweeping a fallen Magdaleno out of the ring.

That act drew mixed reviews on social media immediately after, but Lopez vowed to continue doing the same. Tatli, who is originally from Kosovo and now resides in Helsinki, Finland, will attempt to provide a test for Lopez, even though he is a significant underdog.

“I’m fighting Egis Tatli, and he’s been on my mind,” Lopez told The Ring in a recent interview. “That is one guy who is in my way. Tatli is a former world title challenger. He’s a two-time European champion. His two losses were by majority and split-decision. This guy is going to come in and try to win. We’re going to take advantage and show him that we’re the big dogs when it comes to this boxing game in the squared circle.”

Tatli (31-2, 10 KOs) has won his last two bouts after by split-decision to Francesco Patera in May of 2016, which he would avenge seven months later, defeating Patera by decision.

Lopez, who is managed by Top Rank, has been a promoter’s dream thus far. Top Rank has matched him tough, but he has easily passed each test, skyrocketing his rankings amongst the major sanctioning bodies, including a No. 4 ranking by the WBC, IBF, and WBA.

The 21-year-old Lopez is currently ranked No. 8 by The Ring.

There have been discussions of Lopez facing WBA, WBO and Ring Magazine lightweight titleholder Vasiliy Lomachenko, but that will have to wait until next year’s Super Bowl weekend, according to boxing insiders. Some wonder whether calling out Lomachenko was a ploy or if Lopez would follow through with that, but Lopez is adamant about facing a fighter many regard as the best in boxing pound-for-pound today.

“Since he has two belts, he’s one of the world champions in my weight class,” said Lomachenko, who resides in Brooklyn, New York and has recently trained in Las Vegas. “How he responded to me (recently) was on him. All I was saying was I wanted to fight the world champion, whether it’s (WBC titleholder) Mikey Garcia, (IBF titleholder) Richard Commey, or Lomachenko. That’s really it. I’m not here hoping this guy wants to fight me. What I’m really doing is wanting to be the best in this sport of boxing.”

Lopez has proven thus far that he can back up what he says in the ring and in interviews with media. Having fought on all the major ESPN platforms, including Saturday’s pay-per-view telecast, Lopez has become ‘must-see’ for several boxing fans.

Those who have tuned in over the last several months wonder what ‘FortNite’ celebration he will emulate or what round he will stop his foe. His last fight against Magdaleno was the longest in duration thus far.

Combining both FortNite celebrations and his impressive ways of breaking down fighters, Lopez is hoping to crossover his appeal with non-boxing fans to follow the sport.

“It’s great knowing that ESPN, on all platforms, is huge. Anything I do at this point is going to go on Sportcenter ‘Top 10,’ along with what we do in the ring. Whether it is a knockout or something that is spectacular. The Fortnite dances, so many kids are playing that game. Of course, I want kids and video-gamers to look into boxing and say, ‘Hey, I want to do this. He’s having fun doing this.’ Of course, they don’t realize it’s not as fun as I make it seem, but to bring more people into boxing. That crossover appeal. To make Teofimo Lopez known more worldwide.”

Lopez has accomplished that thus far, but there have been detractors who believe he will be exposed fighting better opposition, including the elite fighters in the division. There are also those who are turned off by Lopez’s brash attitude, but Lopez explains he is just being who he is.

“Outside of the ring, that’s when you get to see a more-nicer, sensitive side of Teofimo. I don’t need to be a lion looking for a prey outside the ring. If it’s outside the ring and not boxing-related, there’s nothing to fight for. I’m calm and collected.”

Lopez is in a perfect spot. A convincing win over Tatli could push for a showdown against Lomachenko, who is penciled to face Commey in a unification fight in September. There is also the possibility Mikey Garcia could vacant the WBC title, opening up a fight for the vacant title against the highest available contender.

Or there could be a possibility for Lopez to face Commey with the winner fighting Lomachenko in late January or early February, which would be around the time of the planned Super Bowl weekend. Either way, Lopez, along with Top Rank and manager David McWater, are making all the right moves in and out of the ring.

“We’re driving. We’re pushing. We’re letting the world champions know and the best thing is that boxing fans are behind Teofimo Lopez. They’re saying, ‘Let’s get this Teofimo Lopez a world title shot. What’s the holdup? Why isn’t this happening?’ Fans keep saying I’m fighting bums, well, let’s make (a world title shot) happen. What I love is the Mexican fans and the boxing fans in general, they’re all supportive of me.

“Some want to see my ass get kicked. They want to push that. Let’s make the fights happen. To be the best, you have to fight the best. If everyone thinks that these guys are the best, I want to prove everyone wrong.”