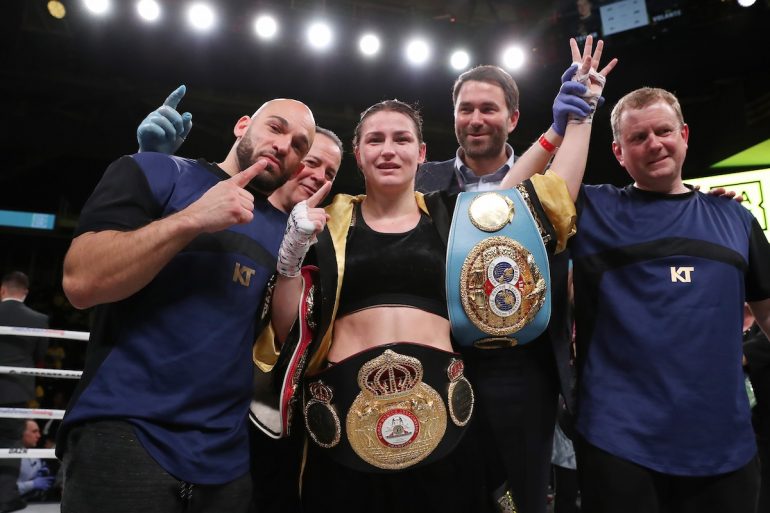 Katie Taylor will face Delfine Persoon for the undisputed Lightweight championship of the World on Saturday June 1 at Madison Square Garden in New York, live on DAZN in the U.S. and on Sky Sports Box Office in the U.K.

Taylor (13-0 6KOs) added the WBO title to her IBF and WBA crowns in March, stopping Rose Volante in the ninth round in Philadelphia, a sixth win inside the distance for the Irish sensation and former amateur star who won her first world title in her seventh pro outing.

The 32-year-old takes on Persoon on the undercard of Anthony Joshua’s IBF, WBA and WBO world heavyweight title defense against Jarrell Miller.

Along with the WBA, IBF, WBO and WBC titles, Taylor and Persoon will battle for The Ring magazine belt – the first time the title has been on the line at lightweight for women, another landmark moment for both fighters and the sport. 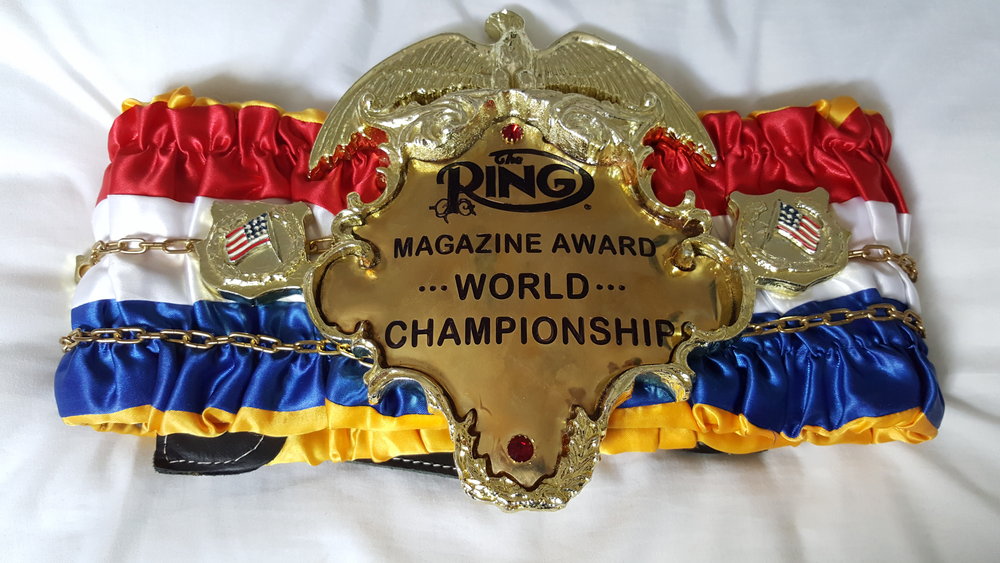 Persoon (43-1 18KOs) has held the WBC title for five years with nine defenses in that reign and the Belgian star will fight outside of Europe for the first time in her career as she joins Taylor in aiming to cement her spot as the No. 1 lightweight on the planet.

“It’s great that she has finally signed for the fight and I’m delighted that Eddie has been able to make it,” said Taylor. “After my fight last month I went back home for a week, but then it was straight back to Connecticut to start the hard work in training camp for this fight.

“When I turned professional my first goal was to win a world title, but my next priority was to become undisputed champion so obviously this fight gives me the opportunity to do that. It’s massive for my career.

“Women’s boxing is in such great place right now and these are the kind of super fights that will really take it to new heights. Persoon is recognized as one of the best in the world pound-for-pound and has been the WBC champ now for over five years so it’s the best against the best. Madison Square Garden seems like the perfect setting for a fight of this magnitude.”

“This is a very unique opportunity for me and I’m thankful we’ve got the fight made,” said Persoon. “I did not have the opportunity to participate in the Olympic games and now I get the chance to compete with the Olympic champion in Katie Taylor.

“I expect this will be a very tough and honest fight, and that the best boxer may win this title fight – and I expect that to be me.”

“This is it – this is everything, the absolute pinnacle of the sport,” said promoter Eddie Hearn. “The dream is on, the undisputed championship and I can’t wait to see this fight on June 1.

“This is the toughest test of Katie’s amateur and pro career, two pound-for-pound greats putting it all on the line at the mecca of boxing – the atmosphere is going to be something else.”

Tickets for the huge night of World title action in New York are on sale now via Madison Square Garden and StubHub (www.stubhub.com)

Tickets can be purchased at the Madison Square Garden Box Office, all Ticketmaster outlets, Ticketmaster charge by phone (866-858-0008) and online at www.ticketmaster.com or www.MSG.com.