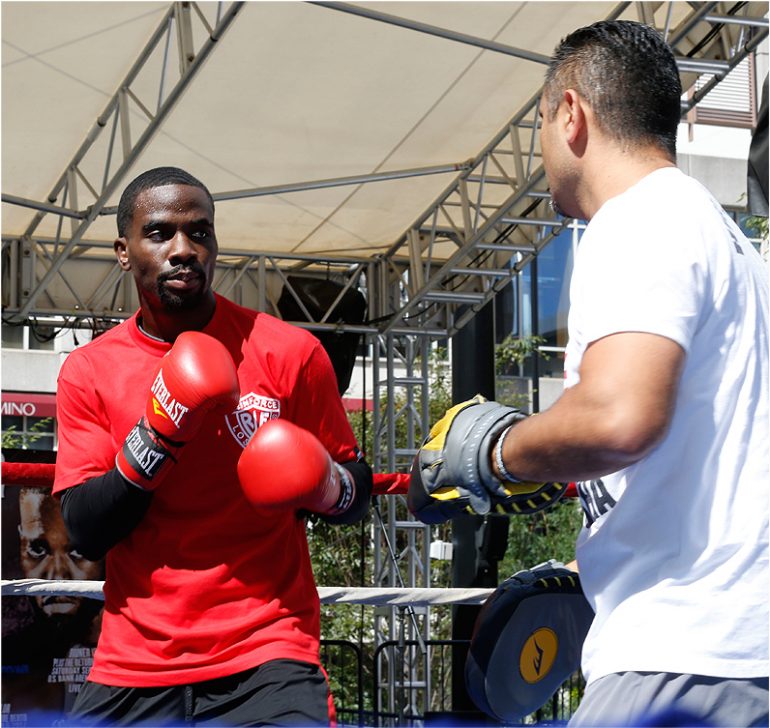 Junior middleweight contenders Austin Trout and Terrell Gausha will square off in a crossroads bout on May 25, Premier Boxing Champions announced.

The 10-round bout will take place at the Beau Rivage Resort and Casino in Biloxi, Mississippi. FS1 will broadcast the three-bout card live (8 p.m. ET/ 5 p.m. PT).

Trout (31-5, 17 knockouts), who resides in Las Cruces, New Mexico, has not fought since June 9, losing by majority decision to then-WBC titleholder Jermell Charlo. Trout was dropped twice during the fight.

The southpaw Trout, who has lost three of his last four bouts, is ranked No. 6 by the WBC. Trout, who is 33, believes another opportunity at a world title belt is around the corner should be be victorious over Gausha.

“I’m excited to be back in the ring,” said Trout, who has also faced Canelo Alvarez, Erislandy Lara, Jermall Charlo, and Jarrett Hurd. “I’m ready to take another chop at the world title and this is my way back. I’m really motivated to get that championship belt again. Gausha is a strong, technical fighter with an Olympic pedigree. I’ve got to get in there and take care of him and look good doing it. A good win over him will get me right back in the mix.”

Gausha (21-1, 10 KOs) knocked out fringe contender Joey Hernandez in the opening round of his last bout on Dec. 22. It was Gausha’s first bout since losing to then-WBA titleholder Erislandy Lara in October of 2017.

“I feel good about this fight and I think it’s the perfect fight for me,” said Gausha, who represented the United States at the 2012 Olympic Games in London. “With Austin Trout being a former champion and having experience fighting all the top guys in the division, it gives me a chance to show where I’m at. It’s not only about winning, but it’s the way I’ll win that will put people on notice.

Gausha new resides in the Los Angeles suburb of Encino and ranked No. 15 by the WBA.

In the co-feature, unbeaten Chordale Booker will face Nigeria’s Wale Omotoso in a 10-round junior middleweight bout.

In his last bout on Jan. 26, Booker (14-0, 7 KOs), who hails from Stamford, Connecticut, dropped Juan De Angel once en route to an eight-round decision victory.

Omotoso (27-3, 21 KOs) has not fought since defeating Freddy Hernandez by unanimous decision in December of 2017. Omotoso has split his last four bouts, with the two losses coming to Sammy Vasquez and Jamal James.

Welterweight Eimantas Stanionis (8-0, 5 KOs) of Lithuania will open the FS1 telecast against an opponent to be determined.

Francisco A. Salazar has written for The Ring since September 2012. He can be reached by email at [email protected] or on Twitter at FSalazarBoxing