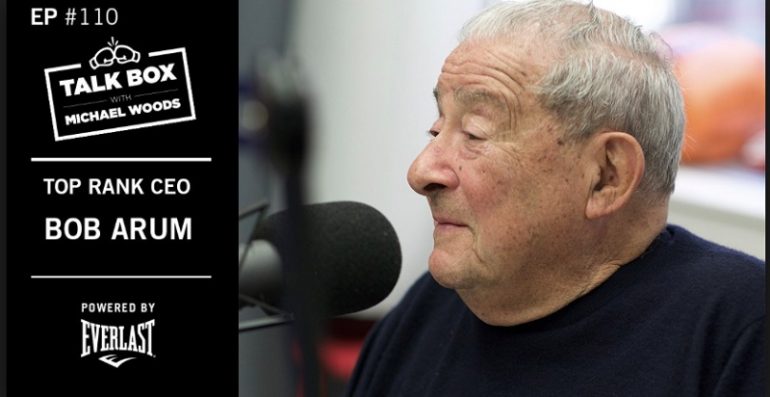 Lineal heavyweight champion Tyson Fury has a site set for his next bout, as the fighting Traveller will stretch his legs and show Las Vegas what he has to offer.

His new promoter Bob Arum, of Top Rank, visited the “TALKBOX” podcast and laid out some of his plans for Fury, who made a load of new fans when he got up off the deck versus WBC beltholder Deontay Wilder and proved to be a fairly masterful boxer with a super stout heart.

“Boxing people know of Fury; the general public in the U.S. doesn’t know him. They’ll fall in love with him just the way they fell in love with George Foreman,” Arum told us.

The MGM Grand will host Fury vs. Tom Schwarz, for the record. Fury (27-0-1, 19 knockouts) has showcased himself in New York and Los Angeles but not yet Vegas and, yes, that pairing should work for the charismatic talker.

He added, “Too bad nobody here knows Schwarz but we have good footage of him.”

If Fury wins, Top Rank will have him fight once more before the end of the year. And then? “Hopefully next year we can match him with Deontay Wilder. We will do our job making Fury a household name in the United States. I hope that the other side does the same with Wilder, so that he’s better known among the sports fans, not just boxing fans, because I would hope that when they fight each other hopefully next year, we could do 2 million homes.

“Again, it’s not difficult to do that match because Wilder has Showtime as his platform and Showtime has experience distributing pay-per-view and Tyson has ESPN, which also will have great experience in pay-per-view distribution. A joining distribution would be called for and I really believe if everybody does their job, we could do 2 million homes watching that great fight. The first fight was tremendous and this fight’s gonna be better. Hopefully we get to it later next year.”