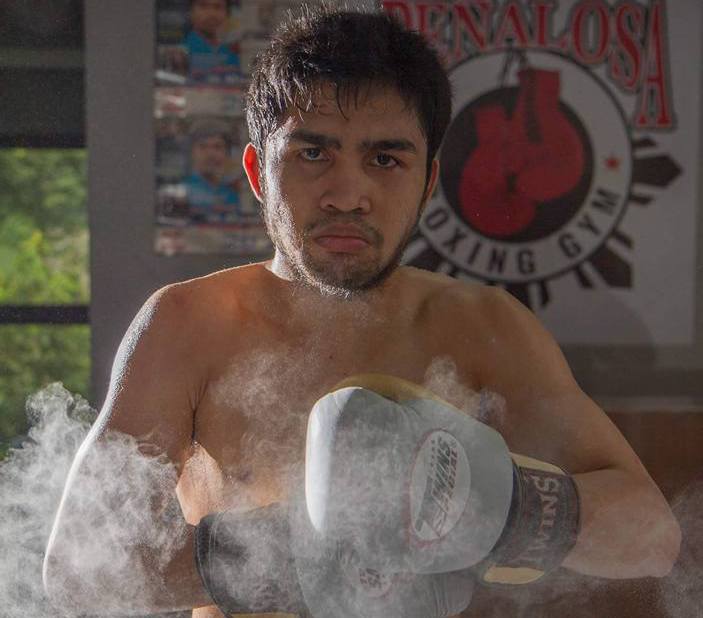 Filipino boxer Renerio Arizala is now conscious and recovering in a Japanese hospital after collapsing following his sixth round technical knockout loss to Tsuyoshi Tameda on Sunday.

It wasn’t always looking so optimistic for the 24-year-old journeyman, who had undergone surgery for three and a half hours to relieve pressure from a blood clot that had formed in his brain, according to a story in PhilStar.com.

There was a little over a minute left in the fight when the referee stepped in to stop the bout. Abraham “Baham” Mitra, the chairman of the Games and Amusements Board, which oversees boxing in the Philippines, said Jonathan Penalosa, Arizala’s trainer, told him he was about to stop the fight himself just at the moment the referee made that decision for him.

Penalosa, who is a former world title challenger, told PhilStar that he regained consciousness by Monday, ahead of the Wednesday date when he was expected to awaken.

Matchmaker Art Monis, who made the fight, said he got an update from a Japanese friend, Yoshinori Mitsui, who said Arizala nodded back when greeted in Tagalog with phrases that mean “How are you?” and “Good evening” on Tuesday, and that he was able to move a finger and toe on his right side, however slowly.

An update regarding his prognosis from surgeon Dr. Nagao at Yokohama City Minato Red Cross Hospital was expected at 3 p.m. Wednesday, Manila time.

Arizala is expected to remain in Japan for the next two to three weeks to continue recovering before returning home to the Philippines, where he lives in Masbate province.

Still, even if he does bounce back physically, Arizala’s boxing career is over, with a final record of 13-9-3 (5 knockouts). Though he’d had just one win in his last eleven fights over the past four years, he was still eligible to be licensed for international competition by the GAB due to rule 23.2 regarding six-round bouts which require that the boxer not have been stopped in his previous fight, that the fight be “equally matched based on their ring record”, and that the boxer had a fight in the last six months.

Arizala ended a year-plus layoff the previous month when he drew with unbeaten Presco Carcosia in Pasay City, Philippines, and he underwent a full medical examination before that fight, including a CT scan, to satisfactory results. The Carcosia and Tameda fights took place at featherweight, while most of Arizala’s fights had taken place at flyweight and below prior to the layoff.

Arizala had more experience than the 25-year-old Tameda (19-4-2, 17 KOs) in terms of pro rounds boxed. Though his KO percentage suggests he’s a big puncher, Tameda did not seem to be a world beater considering that he’d been stopped twice at home, including in his previous fight in December against Hinata Maruta, and that he hadn’t been particularly competitive against former featherweight titleholder Simpiwe Vetyeka in his lone fight abroad in 2016.

Mitra said that the GAB board will consider revising the rules regarding six-round international fights to boxers with no more than ten fights and who are under the age of 25.

The Games and Amusements Board is proposing changes to a rule that allows boxers to fight abroad in six-round bouts in the wake of Renerio Arizala's brain injury in Japan this past weekend. pic.twitter.com/hR1tlhXNBN

Mitra added that he is processing funds from the GAB’s welfare fund to assist Arizala, though there’s little remaining in it since the Department of Budget ordered GAB to cease collecting 1% of boxers’ purses to finance this emergency fund.

The injury overshadowed the impressive victory of another Filipino boxer, Lito Dante (16-10-4, 8 KOs), on the same card, when the tough journeyman pulled off a 12th round technical knockout of previously unbeaten Tsubasa Koura (14-1, 9 KOs) to win the OPBF strawweight title.