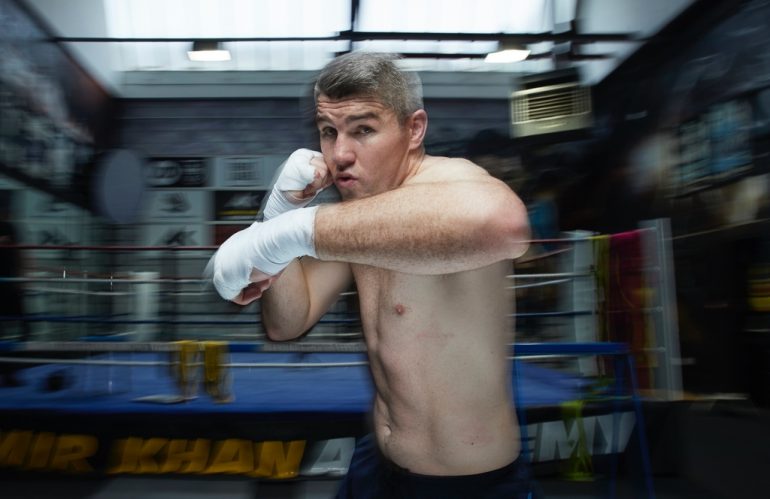 It’s harder to stay at the top than to get there.

After losing his title to Mexican icon Canelo Alvarez at the AT&T Stadium in September 2017, Smith secured a brace of victories over talented domestic rival Liam Williams. Those results set up a second world title shot against another Mexican foe, Jaime Munguia, who had brutally wrenched Smith’s old belt from Sadam Ali.

Smith, as game and determined a fighter as you could ever come across, put fourth a terrific effort, but Munguia floored the challenger and claimed a 12-round unanimous decision in Las Vegas. That fight took place in May of last year and since that time Smith has switched promotional allegiance from Frank Warren to Eddie Hearn at Matchroom Boxing.

This Saturday “Beefy” will return against former British and Commonwealth welterweight champion Sam Eggington at the Echo Arena in Liverpool. The opponent is worthy, but will he bring the best out of the 30-year-old Smith who has been to the mountain top and competed against the division elite?

“I’m full concentrated on Sam,” said Smith in an interview with The Ring conducted during fight week. “On his day he’s a handful. I just feel that I’m better than him in every department if I turn up prepared.

“I can’t get complacent with Sam because any fighter can take out you out with one shot when you’re wearing those little gloves. We seen that with Sam himself when that African kid (Hassan Mwakinyo) stopped him. (Eggington) was looking ahead to Brandon Rios and took his eye off the ball. But I’ve got too good a coach, too good a team and too good a family around me to let that happen.”

Smith certainly sounded motivated and up for combat, but his tone turned sullen when the subject matter changed to the last man he shared a ring with.

“I fought Munguia after almost 10 months out and they’re raving about him now,” he said. “I’m like, ‘How can you rave about him and forget about me?’ We weren’t that far apart (competitively). They’re ranting and raving about him, and I know that I could beat Munguia tomorrow.

“It’s not so much that I’m hunting Munguia down, but he’s got a world title in my division. I’d love to fight him again at the backend of this year with (wins over) Sam Eggington and someone else under my belt.” 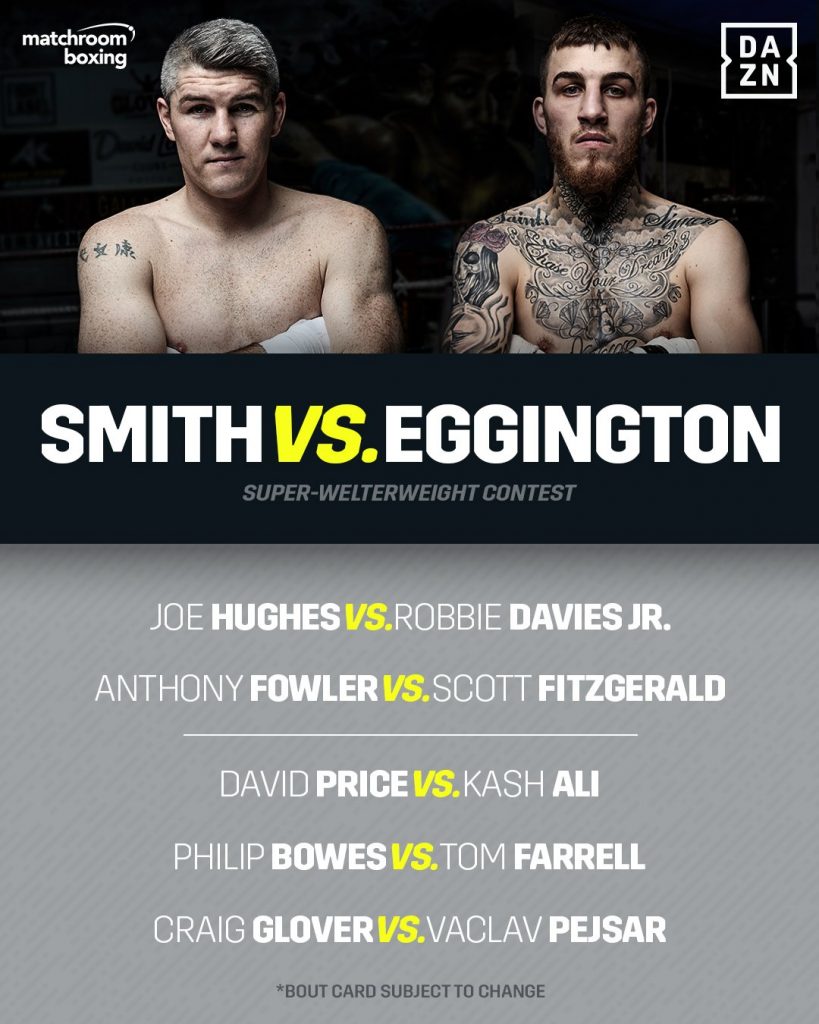 A lot has happened at 154 pounds since Smith last saw action. Cuban veteran and former titleholder Erislandy Lara and the unbeaten Brian Castano duked it out to a 12-round draw in Brooklyn earlier this month.

“I haven’t studied it or scored it, but I thought that would be a competitive fight,” said Smith. “I’ve seen mixed opinions on who won. Castano’s not a bad fighter at all; he’s got a good win over Michel Soro.

“People maybe underestimated Castano because he’s got the WBA regular title and Jarrett Hurd has the WBA super. They might view Castano as having a Micky Mouse title, but he’s still a very good, unbeaten fighter. Both of them are good fighters, it’s a top division, but I’m more than confident that I’m good enough to compete with them.”

There was a much more controversial result at the end of last year when Jermell Charlo lost his WBC title and unbeaten record to heavy underdog Tony Harrison. Smith, never shy about voicing his opinion, took the opportunity to critique the loser, rather than offer his opinions on the man who was beneficiary of the judges’ cards.

“The fight summed up Charlo for me,” said Smith with a touch of derision. “He’s happy to settle for (decisions in) fights like that. That’s what I like about (Jarrett) Hurd; he’s exciting and he’ll go out of his way to try and force a stoppage.

“Charlo had two very good eye-catching knockouts on the bounce and people thought he was a puncher. But if you look at his career before that, he was often happy to go to a decision. Before he knocked out Erickson Lubin and Charles Hatley, he was happy to win fights on points.”

One thing that hasn’t changed since Smith last climbed the ring steps is the consensus No. 1 junior middleweight. The unbeaten Hurd scored a marking-time stoppage over Smith’s countryman Jason Welborn in December and his boogeyman reputation continues to grow. Smith, however, insists that he is far from intimidated.

“That’s a fight I’ve always liked stylistically,” said the former titleholder confidently. “Hurd is a top fighter, probably the number one in the division. He’s not a massive puncher, but he does everything well, and he’s a big lump. I’d like that fight, but I’d take a chance with any (of the titleholders) providing I go in with some momentum.

“On Saturday I want to put on a performance where I get people talking about Liam Smith again. I want (promoter) Eddie (Hearn) to feel glad that he signed me. I want people to say, ‘Where’s he been? Liam Smith has been out for a while, but he’s definitely got a lot left to offer.’”

This bout and undercard will be broadcast live on Sky Sports in the U.K and DAZN in the U.S. You can register with DAZN by following this link https://watch.dazn.com/en-US/sports/