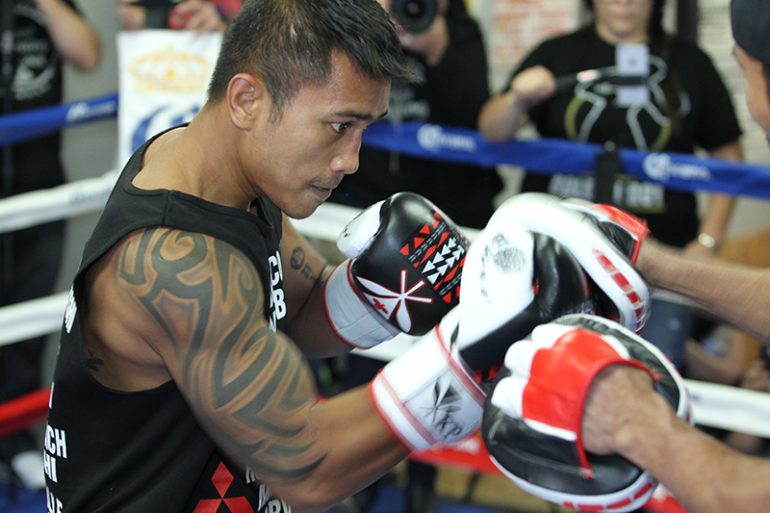 The 10-round bout will take place at The Avalon in Hollywood, California.

The Gesta-Rodriguez fight will kick off the Golden Boy-DAZN ‘Thursday Night Fights’ series, which will air monthly and feature contenders and prospects. The series will be distributed to regional cable channels throughout the United States as well as across the globe on international television stations and networks.

The March 21 telecast will consist of a three-hour block, including two hours of live fights, followed by a one-hour studio show.

“This Golden Boy-DAZN series reinforcement our commitment to making combat entertainment more accessible and affordable to the masses,” said Oscar De La Hoya, who is the Chairman and CEO of Golden Boy Promotions. “We’re proud to deliver boxing fans great live fights along with the new Ring Report, a weekly studio show covering the world of boxing with an innovative social media twist and content from top boxing bloggers in the business.”

Gesta (32-2-2, 17 knockouts), who is originally from the Philippines and now resides in San Diego, challenged then-WBA lightweight titleholder Jorge Linares on Jan. 27 of last year, losing by unanimous decision over 12 rounds. Gesta entered the Linares fight unbeaten in six bouts.

In his last bout on June 14, Gesta defeated fringe contender Robert Manzanarez by majority decision. The 31-year-old Gesta is ranked No. 2 by the WBO.

“I’m so excited to get back in the ring against Juan Rodriguez on March 21,” said Gesta, who is trained by Freddie Roach. “Rodriguez is a veteran boxer that is hungry, and I’m ready to put on a great show against him. I’ve been training hard with Coach Freddie and my Dad at the Wild Card Gym.”

Rodriguez (29-7, 25 KOs), who resides in Puebla, Mexico, has not fought since a unanimous decision loss to fringe junior welterweight contender Pedro Campa in June of 2017.

The 31-year-old Rodriguez has also lost to the likes of Jezreel Corrales and Javier Fortuna. Despite the inactivity in recent years, including only one fight in 2016, Rodriguez believes he has the ability to pull off the upset win over Gesta.

“This fight signifies my entire boxing career,” said Rodriguez, who has split his last six fights. “It is very clear to me that this may be my last opportunity, so I am going to put my heart and soul inside that ring on March 21. I know that Gesta will not be an easy task, however, he has lost before, and he will lose again.”

In the co-feature, unbeaten welterweights Ferdinand Kerobyam (11-0, 6 KOs), who resides in nearby North Hollywood, will square off against Blair Cobb (9-0-1, 6 KOs) of Las Vegas in an eight-round bout.

Francisco A. Salazar has written for RingTV.com since October of 2013 and has covered boxing in Southern California and abroad since 2000. Francisco also covers boxing for the Ventura County (California) Star newspaper, Boxingscene, and FightNights.com. He can be reached by email at [email protected] or on Twitter at FSalazarBoxing.