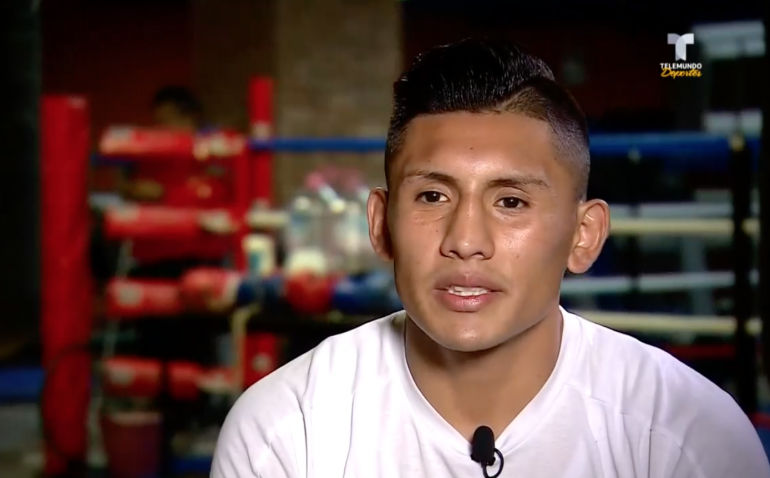 Diego Cruz is looking for his first win in three years.
14
Mar
by Francisco Salazar

A clash for bragging rights between fighters from Mexico City headlines the final ‘Boxeo Telemundo’ broadcast of the spring season.

Cruz and Pintor reside in the Mexico City area and have both guaranteed victory on Friday night. Both are in desperate need of a win, which should make the fight more intriguing between the aggressive and hard-hitting fighters.

“We made this fight because we know both fighters are going to bring it when they square off,” All Star Boxing promoter Felix Zabala told The Ring. “These are two fighters who are hungry and want to resurrect their careers. This is a great opportunity for both fighters.”

“We expect an even fight with a lot of action.”

Cruz (18-6-2, 14 knockouts) has not fought in over a year, losing by unanimous decision to contender Thulani Mbenge in Kempton Park, South Africa.

The 25-year-old Cruz is winless in his last four bouts, which includes a majority decision draw against fringe contender Roberto Ortiz in July of 2017.

Pintor (20-3-1, 13 KOs) is also coming off a long layoff. Pintor lost a split-decision to fringe contender Patrick Lopez on Mar. 10 of last year, snapping a streak of three consecutive victories.

The 24-year-old Pintor is the nephew of former world titleholder Guadalupe ‘Lupe’ Pintor.

In the co-feature, lightweight Cesar Soriano will face Christian Eduardo Gomez in an eight-round bout.

In a clash of unbeaten welterweights, Pedro Cabrera (2-0) will face Hector Fuentes (1-0, 1 KO) in a four-round bout.