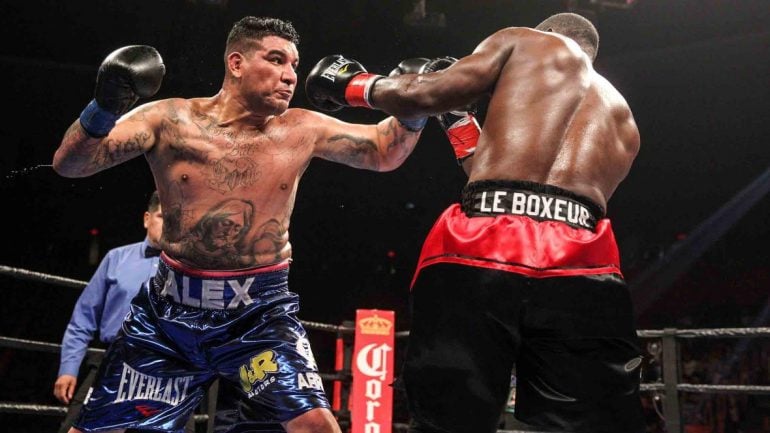 Former heavyweight title challenger Chris Arreola had taken more than two years off and realized what, I dare say, most fighters do.

It isn’t easy to transition to the next phase of vocational living once you step away from the ring, once you’ve been on the big stages and made some sweet purses.

Arreola is back in the ring to take another swing and, yes – let’s be honest – who knows how much longer his run goes? He’s 38…and on Saturday, in support of the Errol Spence Jr.-Mikey Garcia welterweight title main event, he’ll face a young gun, Jean Pierre Augustin (17-0-1, 12 knockouts), in Texas.

Frankly I had to look at Augustin’s record to see if Arreola is being brought in as the designated veteran scalp. Short answer…I don’t think so. JPA has met a who’s who of “Who’s he?”

So it’s looking perhaps like Arreola and Company are seeking to make one final run at relevance and a big fight. The California boxer has met boldface names like Jameel McCline, Vitali Klitschko, Tomasz Adamek, Bermane Stiverne (twice) and then got stopped by WBC beltholder Deontay Wilder in 2016. Then the layoff… 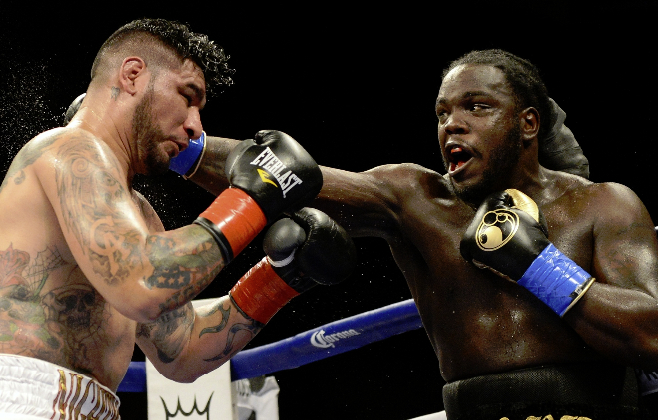 On a media call, he talked about that hiatus and what it felt like coming back far down an undercard. (He beat 20-11-4 Maurenzo Smith in December.)

“I was actually the main event that night.,” Arreola said of the Smith bout, which supported the heavyweight title clash between Wilder and lineal champion Tyson Fury. “I was literally the last fight, while the people were putting their chairs up and stuff like that, so it was a very, very humbling experience. It was nice being backstage and watching everybody fight. The atmosphere, I missed the whole atmosphere, the whole camaraderie that people had in the backstage (area). It felt great being back in the ring, man. I didn’t feel any ring rust. I felt the one thing that I did feel the most is the excitement, all the commotion, all the people and so I was more than ready and happy to fight that day.”

Those who step away often comprehend how much they miss the camaraderie, the closeness and the positive structure they experience in the fight world.

And no, it’s not mainly that he missed just that…Arreola (37-5-1, 32 KOs) wants to climb that mountain and stake another flag in…and he gets it. The opportunity windows are closing fast. 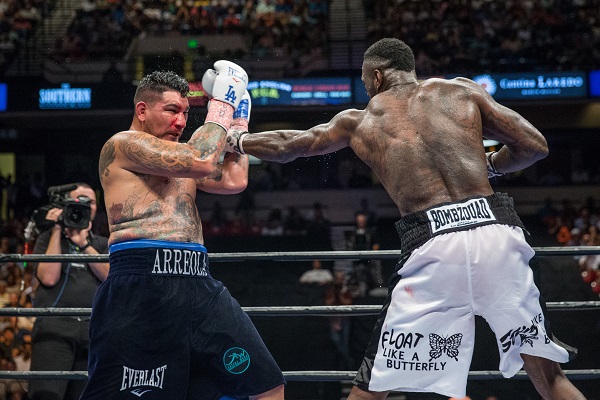 Cynics will say the dude probably just needs the money. He spoke to that conjecture…

Word is that Arreola has been disciplined at the pushing the plate away exercise and has been doing ample cardio, so he is looking in good shape. We will see how that plays out and how the reflexes are and also, to be honest, what Augustin brings in a step-up bout. However stranger things have happened than an Arreola making a late-game run up the ladder for another title crack. It takes a long time to get name recognition and the man has it, so if he can look decent and grab a couple wins, well, let’s not look past Saturday. That’s the wisest action when we are talking about 38-year-old fighters, even those who are looking in sweet shape.