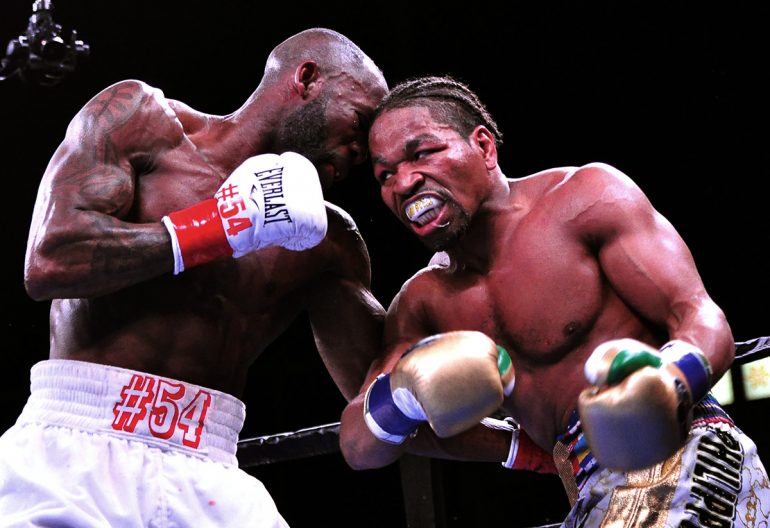 CARSON, Calif. — Shawn Porter retained his WBC welterweight title after receiving a split-decision victory over Yordenis Ugas on Saturday night, but there wasn’t much celebrating going on as the result was read. The fight was the main event of a Premier Boxing Champions card televised live on Fox.

Scores of 116-112 and 115-113 in favor of Porter is what got the crowd at the Dignity Health Sports Park booing passionately, and Ugas (117-111) quickly exiting the ring in disgust. The night — which took place in an outdoor venue on a frigid Los Angeles evening — ended on a cold, sour note. 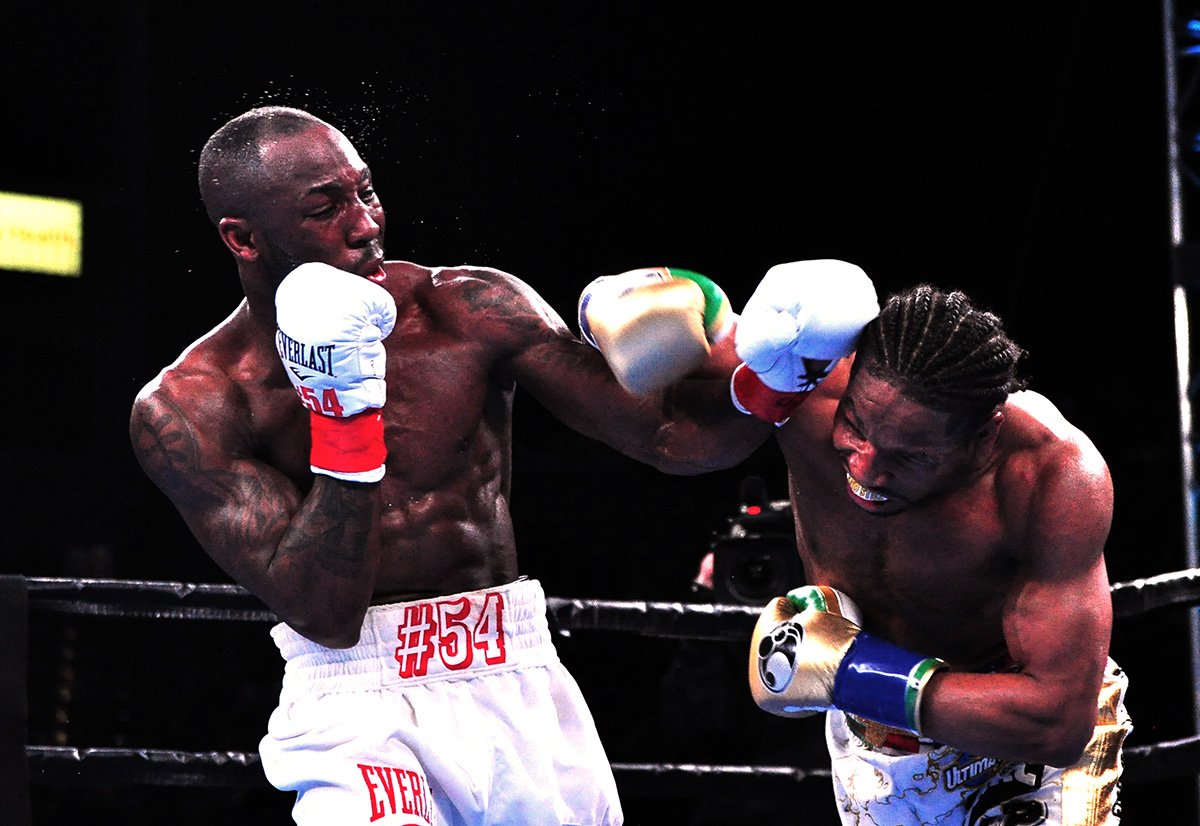 “The crowd was expecting a big brawl, but that’s not the way this fight needed to go tonight,” Porter said after the fight. “That style that we used left the fight close. We got the win, we’re still champion and we’re looking forward to what is next.”

Looking forward is a nice deviation from looking back on this fight, especially in the case of Porter, who never seemed to be in a great rhythm offensively despite landing more total punches, according to CompuBox (144-128). There were plenty of dull moments throughout the fight, especially in the early going, but there wasn’t any doubting who was the more comfortable fighter in the first half of the fight. Ugas, of Santiago de Cuba, Cuba, started the fight off with a precise jab and quickly established his desire to control the center of the ring, which he did pretty much the entire fight. Porter feinted frantically and skirted the outside of the ring often, giving him few moments to get in on the inside where the mauler has always had his best success.

Ugas finishes round 4 with a flurry of hard shots! #PorterUgas pic.twitter.com/pvC3XpOxSw

“We wanted to outbox him and eventually turn it on and press him,” Porter said. “But my dad did not think that was the smartest way to win the fight. We fought this way for 12 rounds and no one has ever seen that from me before. I’m a little frustrated that I wasn’t able to get to the body as much as I wanted or as much as we had planned. As the clock ticks, you have to do what’s working. Tonight, the foot movement was working and it made Ugas have to reset.”

Porter (30-2-1, 17 KOs) certainly moved a lot in order for that to happen, but didn’t muster great offense until the fourth, where his jab was thrown more often and accurate in finding Ugas’ head. It gave the Cuban something to think about, but he remained focused in the following round, when the two finally mixed it up with some back-and-forth action. Once the dust settled after that moment in the fifth and the crowd’s bottled-up cheers came to an end, it was Ugas pumping his chest and begging Porter to square up again for more, perhaps signaling who was getting the better of whom.

Ugas (23-4, 11 KOs) postured at Porter several times throughout the fight and certainly landed the more memorable shots of the night — something that can’t really be put into stats — but they tied in power-punches landed with 79, and there were several times when it was the champion evading the fight with his legs. Ugas, 32, was getting the cleaner shots on Porter with the more fundamentally sound punches. Check left hooks landed often, and right crosses were well-timed in the instances where Porter was either ducking low or on the move. In the 10th round, a punch cut Porter near his left eye.

It was all for naught, though it seemed obvious Ugas ended the fight on a higher note — putting Porter into a frantic retreat near the end. Even after the final bell rang, the fighters’ dispositions were in sharp contrast: Porter just stood and stared at his corner while Ugas was lifted up by his team and celebrated with famed Cuban trainer Ismael Salas. It seemed like a great night for Cuban boxing, until it wasn’t. 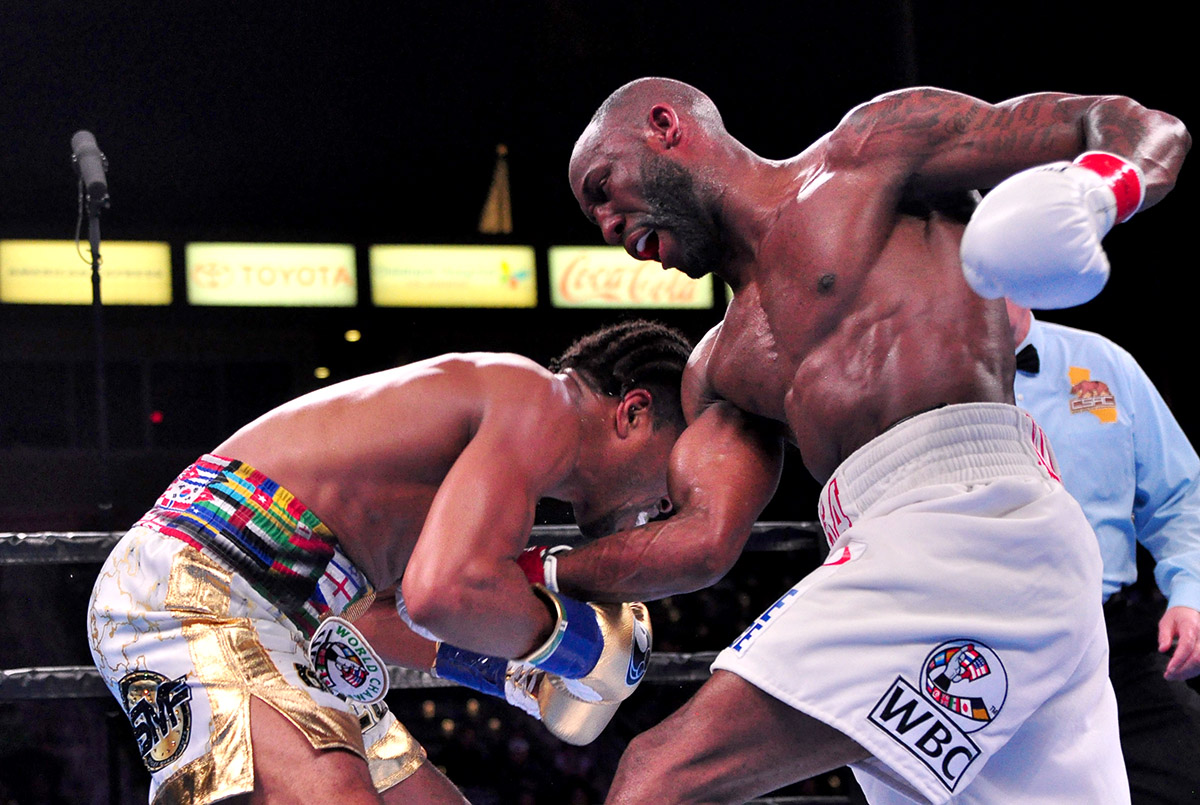 “I showed tonight that I belong with the elite fighters at welterweight. All I can say is that I’m ready to fight any of the top names in the division. I’ll be back.”

Porter lost five years ago to Kell Brook in the same venue, but got the benefit of every doubt on this night, when more than just a title was on the line — also a certain payday against other welterweight titleholders within the PBC stable, which includes Keith Thurman, Danny Garcia, Errol Spence Jr. and Manny Pacquiao. Porter didn’t cite his trouble making the 147-pound limit the day before as an issue on fight night, but it wasn’t a night to remember for the Cleveland, Ohio, native. Even in-between rounds it seemed like an odd outing for Porter, who was covered with blankets while sitting on a stool and seemed out of his element entirely.