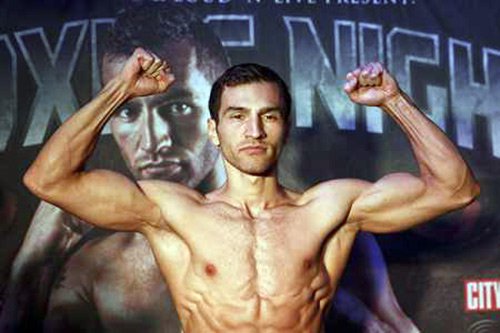 If things play out as planned, Teofimo Lopez’s Boxrec will be a popular attraction ten, twenty or more years down the road.

People will look back, and see what the Brooklyn-born hitter did on the way up, who he downed as he rose the ladder.

So far, Diego Magdaleno stands as the most bold-faced name on the been-hit list, and Lopez, age 21, is keen to step up briskly and soon be fighting title cracks.

But he is being held back, by wizened pros who know that the wisest way to elevate is not by leaps, by bounds, but by measured increments.

Which brings us to Edis Tatli…

On April 20, at Madison Square Garden’s big room, Lopez will seek to do what he has been doing: grabbing the lion’s share of the buzz as he sinks his fangs and fists into another victim.

The foe who’ll seek to derail the favorite underneath the Terence Crawford v Amir Khan PPV tango is a 31-2 (10 knockouts) hitter from the nation of Finland, which is no, not known as a hotbed of pugilism. Even a warm bed, to be honest.

But that isn’t meant to demean Tatli, a 31 year old who goes by the nickname “Prince.” His BoxRec shows a symmetrical visage that could’ve earned him a modeling gig, maybe, if he hadn’t chosen this more rugged vocational roadway. I checked in with Tatli, to get a better sense of how he ticks.

How did he get into boxing, anyway?

“I saw Naseem Hamed fight and he really impressed me,” the fighter answered. “That was the motivation for me to start boxing. My first club was Hämeenlinnan Kisa, and the trainer, Kari Lammia, he trained me during my amateur career. I felt like boxing was my thing right away, and I was good on it.”

Edis did some karate competitions as a junior and combat sports, he said, have been a part of his way life for a long time. He went 55-8 and won a Finnish National Championship and the International GeeBee Boxing tournament in Helsinki.

And what fights has he learned most from? “I personally think that I only lost once, although the record shows two losses. My split decision loss to Francesco Patera in May 2017…

…I avenged in a rematch in December 2017. I almost won that fight by knockout and had him almost finished. So, I can say that the Patera loss gave me the drive and understanding that you have to win every round convincingly.”

What is his best win, and why, I queried..

“My win over Yvan Mendy in 2015 for the European title was very significant and showed everyone I could compete with the world’s best,” he stated.

And how is boxing regarded in Finland, anyway?

“Pro boxing in Finland is doing good. At a moment me, Eva Wahlström (female super featherweight WBC champion) and heavyweight Robert Helenius (former European champion) are the best professionals from Finland. And me, of course.”

Assessment of Tatli off video shows a composed athlete, a patient sort early on. He lays a lead left out, then draws it back to complete his guard. His hand speed looks solid, and his movement is persistent and he seems pretty light on his feet. Against Patera, in their first match, he snapped a reasonable jab, and is pretty fluid with his shots. A left hook he throws is fluid and quick. Might a stationary head as shots come toward him prove to be a delicious target for Lopez? Is he working on more head movement to guard against the skull-whacker Teofimo?

OK, and to the present…what does he think about Teofimo Lopez? “I think he is a good boxer, and I will let my hands do the talking on April 20.”

Prediction, please, for Tatli v Lopez? “I’m not a fortune-teller but I can promise you this: I’m coming to fight with only victory in my mind and I’m not letting anybody to prevent me getting to my goal of becoming a world champion.”

Little sidelight….this dude won Dancing With the Stars in Finland.

“It was a great experience and I was the first sportsman who won it in Finland. I think this season was the 11th season, so it was about time that the winner was a sportsman.”

Readers, anyone who has seen Tatli, talk to us. How does he match up stylistically with the rapidly ascendent Lopez, who has seen the most massive growth of buzz in the sport of any pro pugilist in the this last year?