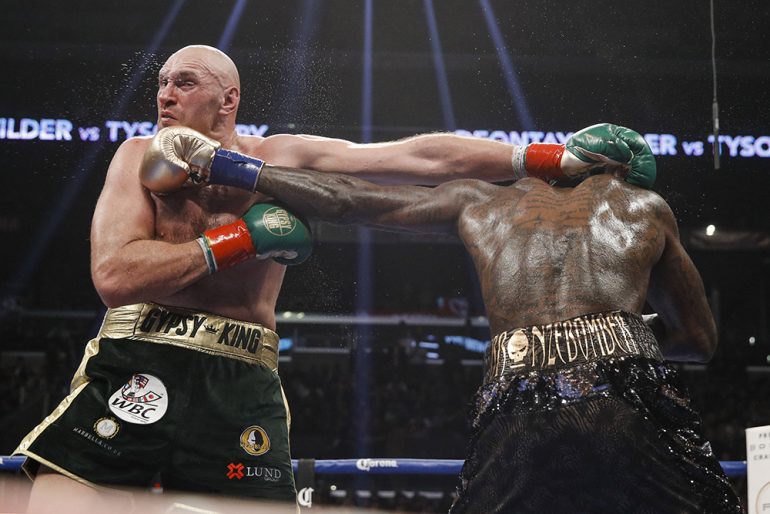 As I watched Max Kellerman’s “Max on Boxing,” I realized that he is on the cusp of being, if he so chooses and believes he can or could and should be such a voice, someone who can move markets in the AOC direction, more so beneficial to the Have Nots i.e., the fans.

Max kicked off the latest show telling us that boxing has “usually been a laissez faire marketplace, an anything-goes free for all with a bunch of independent contractors vying for their own shorter term interests, even if those interests are against the long term interests of the sport. Take the sanctioning bodies…no really, take them, most boxing fans would like to get rid of them. I mean, how can there be four or more champions in the same weight class. Shouldn’t there only be one?”

Max went on to point out that managers have a responsibility to their fighter to get the most money for the boxer.

All parties basically look out for themselves, he stated…and basically, “markets are efficient in allocating resources in the short run the short term, ask any economist,” he continued, but it’s a good idea in the longer run it’s wise to have planning that has a central control “incentivizing markets to tilt in such a way as to produce desirable outcomes.”

But we have no “they,” no central body doing oversight to make decisions which benefit the sport as a whole. However, we now we have DAZN, Al Haymon’s PBC and Top Rank, which are all big league entities that each can make decisions which could tilt the market toward longer term wider reaching benefit, he told viewers.

And then he went into the Tyson Fury to ESPN news; I watched, waited… would he take a stand on this event, would he say aloud that he’d rather have seen the Wilder vs Fury sequel come sooner rather than later?

Max chose to laud Wilder for being a type who wants to fight all the aces. So, no stand on that development being good for one or two or three entities or persons..and less so for the masses.

So, you had Kellerman moving in one direction…but then he stopped, and slid laterally deftly. After the preamble, he could have called for a meeting of the competing major leagues…but didn’t do so.

So…like I said, Max is near to being a voice of reason, someone who could be a leader, a catalyst for positive change, more in the vein of a Teddy Atlas, quite up front what direction his moral compass is pointed in.

Ah, but being that guy can be a risky endeavor…and it can be a paycheck reducer, too.

Moralizers can be off putting…they upset status quos that are operating quite nicely as they are…and, sad to say, the state of the nation points to the fact that effective moralizers are too rare…and that spin and cyncism and the myopic POV centered on revenue generation to keep up and pass the Joneses has “won.”

Going forward, I’m hoping in this new seat – he debuted Feb. 8 – Kellerman’s considerable brain power and powers of reasoning are used by Max to advance the sport to please the masses, not so often the top 1% class. He’s been doing this long enough, he’s seasoned enough, he’s not the wunderkind anymore.

Boomers’ longevity means Xers haven’t elevated and put their stamp on management and oversight and the lot as would have been the case in years past. Max is 45 – savvy enough as to where he’d be listened to if he took a stand. And not against cruddy sanctioning bodies…that’s pinata whacking, and at this point earns no one cred points for being bold speakers to power. You readers should be wised up to that, and note when and who boxing writers and opinion givers are taking whacks at..and who they aren’t.

Lord knows the sport could use voices of reason advocating for the fan, the people who want the DAZNs and PBCs and Top Ranks to less often throw parties which neglect to have persons playing for the other teams invited. Max could be that guy, THE guy.

It’s a big ask, he’d be taking on the role of office upstart. But there’s a way to do it so he’d not draw ungodly heat – and he’s smart enough to figure out how to proceed.

I’m betting on him stepping up, and being an intellectual and moral leader in helping build the boxing brand, in the right way, that benefits the ones who keep the boat floating, the fans. Or, better and more honest to say, I’m hoping so.

Listen to Woods’ podcast powered by Everlast if you like. RING editor Doug Fischer is the latest guest.