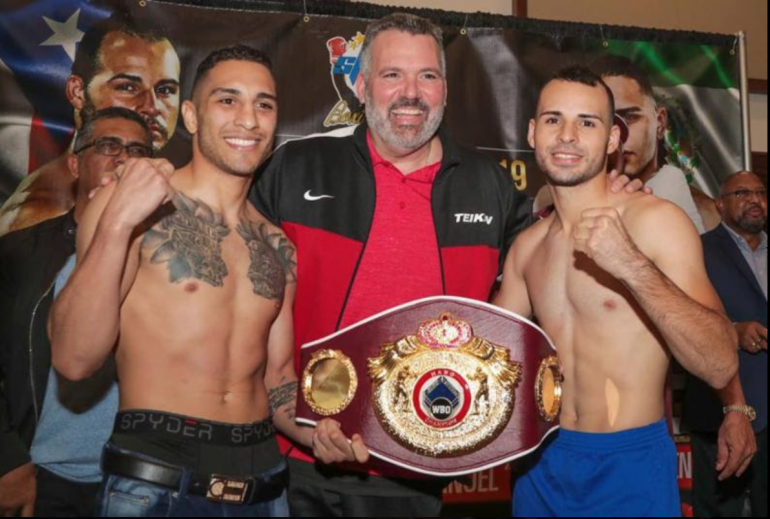 Alamo hurt Mendez in round two, staggering the Colton, California resident, but was not able to follow up as Mendez was able to hold on.

Mendez’s best round was the fourth, highlighted by him closing the distance and connecting with several punches to the head of Alamo.

Both fighters produced excellent exchanges during the middle rounds, but Alamo was the more effective puncher during the last several rounds, landing several combinations to the head of Mendez.

“That’s why we prepared to the best of our ability,” said Alamo, who resides in Carolina, Puerto Rico. “We knew he was a typical strong Mexican fighter. Ivan Calderon trained me to be at my best.

“I’ll fight whomever my promoters wish for me to fight. I’m always in the gym and I’m ready for any challenge that is put in front of me.”

Morales (9-3, 5 KOs) was hurt by a combination in round three and had a point deducted from him by referee Telis Assimenios for throwing and landing a blow in round four. Morales landed the more telling blows throughout most of the fight against the southpaw Amigon (6-12, 3 KOs), securing the win during the final two rounds.