Hekkie Budler: ‘I’ll be ready for whatever Hiroto Kyoguchi brings’ 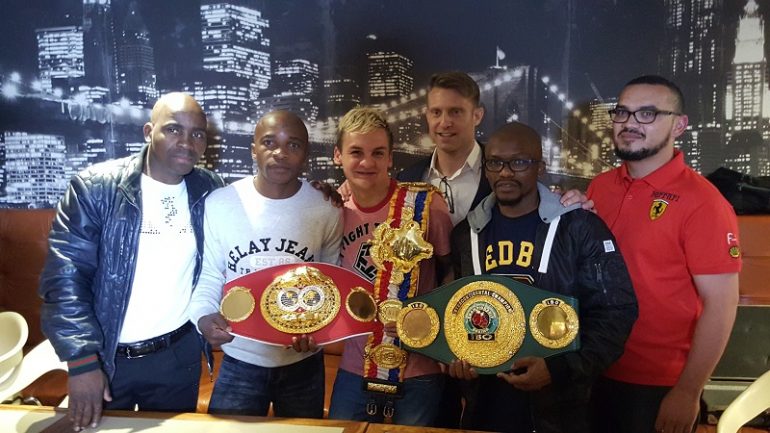 Budler upset long-reigning champion Ryoichi Taguchi in Japan in May to claim the the Ring/IBF/WBA titles by razor-thin unanimous decision. He was forced to vacate the IBF strap when he received a paltry offer to defend his belt.

The 30-year-old South African, who was a 17-1 underdog, is rightly proud of his achievement.

“It was a great result for me. I was very happy and pleased with it,” Budler (32-3, 10 knockouts) told RingTV.com in early December. “It was probably one of my hardest fights but also one of my greatest fights.”

He became only the second South African in history to win The Ring Magazine title, joining bantamweight Vic Toweel. Budler has told this writer on more than one occasion that winning the prestigious Ring championship was long his goal and he had strong emotions about reaching it.

“I think it was my most proud and greatest moment of my boxing career so far hopefully,” he said unabashedly. “I won three world titles; I won The Ring Magazine belt. When I turned pro, I told (trainer) Colin (Nathan) that’s the belt I want to win. 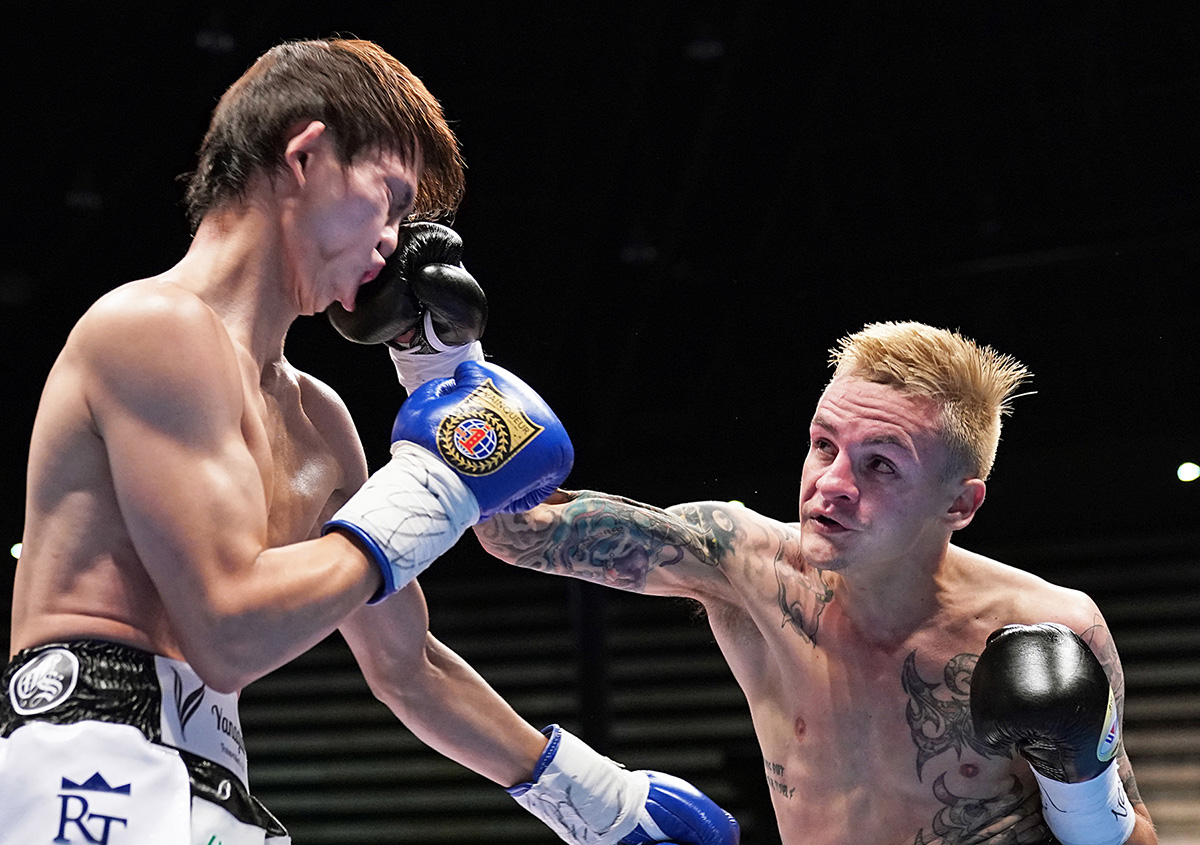 “I finally achieved it. You can ask my wife: second to her saying ‘Yes’ on our wedding day, this is the proudest moment of my life. It was an amazing moment.”

Now Budler is ready to turn the page to the next chapter of his career when faces the rising young Japanese star. “The Hexecutioner” expects a similarly tough battle with Kyoguchi to the one he had with Taguchi.

“I think it’s going to be a hard fight, interesting fight. (Kyoguchi)’s undefeated, young and up-and-coming guy,” he said acknowledging his rival’s skills. “He hits hard, extremely hard for the weight. He’s very fast; he’s got very good movement in and out. He’s very physically strong, ’cause he always comes forward.

Budler and his team, along with countryman Moruti Mthalane, who defends his IBF flyweight title against Masahiro Sakamoto on a big night of boxing for South Africa, flew to Macau on December 22 and will return home on January 2.

Budler isn’t too worried about missing Christmas and the holidays. He’s fought many times in January and February and understands the sacrifices that have to be made, as does his understanding wife Roxy.

“I don’t mind; I’m so used to it,” said Mrs. Budler. “It’s the sacrifices you make, whether it’s Easter, birthday or Christmas, as long as we have a good time and he comes back with the belts, all good.”

Budler and Mthalane have sparred countless rounds together in preparation. The old saying “Iron sharpens iron” is very much true.

“Yeah, most definitely,” Budler said emphatically. “Power-wise, (Mthalane)’s amazing. He hasn’t got the speed or the movement that I need but, power-wise, I don’t think no one hits as hard as him. That guy comes for 12 rounds; he’s in your face for 12 rounds. Hopefully I’m helping him as well but it’s great sparring.

“For South African boxing, it would be amazing for both of us to defend our titles. It’s a great honor and privilege for us to fight on that kind of card.”