Jermell and Jermall Charlo, on cusp of stardom, finally have major card to themselves 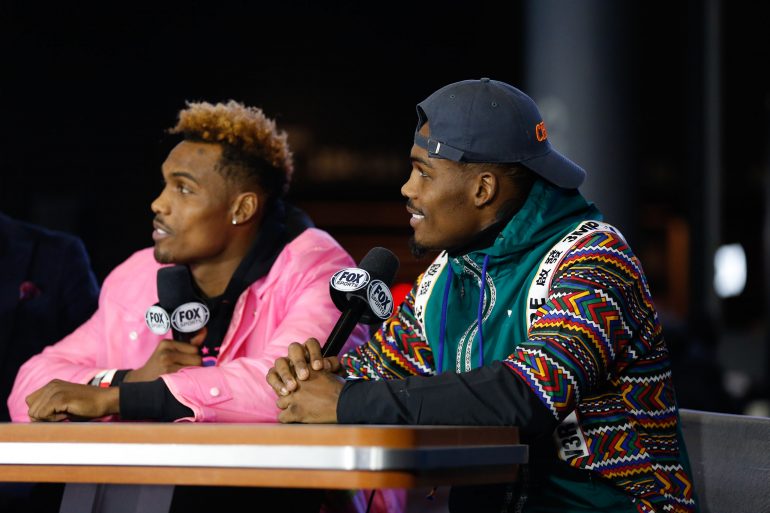 BROOKLYN, N.Y. — Jermell and Jermall Charlo have always been each other’s greatest motivation. Twins brothers, separated at birth by one minute (Jermell is the youngest), they’re among the most talented fighters in boxing.

True stardom has eluded the Charlo twins thus far, but maybe not for much longer. Finally, at long last, the spotlight will be reserved for them. Neither Charlo has ever headlined his own television card.

On Saturday, they’ll finally receive that distinction with a twin bill at Barclays Center. The 28-year-olds flipped a coin at a news conference two months ago to determine the main event; Jermall won and he’ll headline against late-replacement Matt Korobov in a middleweight fight. Jermell will defend his junior middleweight title vs. Tony Harrison in the co-main.

It’s the debut of PBC on FOX, and the network is all in on the sport. That’s evidenced by the ample promos for the Charlos on FOX NFL Sunday. It’s apparent by the sheer amount of shoulder programming designed to raise the twins’ profiles.

Jermall and Jermell were both featured in a half-hour show on FOX titled PBC Countdown. Another show, PBC Face to Face, pitted Jermell and Jermall against each other in a sit-down hosted by yours truly.

Jermell and Jermall clearly retain all the ingredients necessary to reach stardom: good looks, charisma, and, of course, bundles of talent. Perhaps most importantly, they both possesses tremendous power and always seek the knockout. They make no bones about it: they want to hurt their opponents.

“Now that we’re here, me and my brother have big opportunities,” Jermell (31-0, 15 knockouts) said at Thursday’s news conference at Barclays Center. “We can’t drop the ball. This is important to us and we’re going to take advantage of it. It’s only right that me and my brother close out this year.

“I’m a hungry fighter. All the talk on the outside, that makes me want to destroy my opponent. I’m going to choose to be dominant and go out and destroy this guy. … Everyone will see Saturday night that I’m just different than these other guys.”

Jermell has yet to compete in a truly marquee fight, but the roadmap is clear. He and Jarrett Hurd are on a collision course for a bout that would crown a new Ring champion at 154 pounds.

Provided Jermell is victorious against Harrison as expected, he’ll step into the ring again in the spring, per sources. Hurd will fight Julian Williams around that same time. And then, Hurd and Charlo, the two best junior middleweights in the world, would fight in the second half of 2019.

Jermall (27-0, 21 KOs) is also seeking his maiden voyage on the grandest stage. He’s one of the most avoided fighters in boxing, but soon, that could change. Gennady Golovkin remains in talks with PBC. If a deal is completed, a pay-per-view fight with Charlo is a natural for 2019. Daniel Jacobs is also a promotional free agent. He, too, could be matched up with Jermall.

“I’m one of the guys at middleweight that’s been getting overlooked,” said Jermall, The Ring’s No. 6 middleweight. “People think I might not have done enough in the division, but that’s only because I haven’t got the chance to fight the best out there.”

Jermall has displayed concussive power at both 154 and 160. He rendered Hugo Centeno unconscious in April. Jermall’s power jab sets up all his combinations, and his disciplined boxing skills do the rest. He was originally slated to fight Willie Monroe Jr., but he tested positive for a banned steroidal substance a week before the fight. Korobov actually presents a sterner challenger.

The Russian won two gold medals at the World Amateur Championships. His lone defeat came via knockout to Andy Lee; Korobov was ahead on the cards when he was caught by a right hook.

The Charlos are anxious to get what they believe is coming to them: the boxing world and everything in it, to paraphrase from Tony Montana. Saturday’s opportunity on FOX is their latest, best chance to convince the public that they are deserving.

“Me and my brother are both hungry,” Jermall said. “We want the fans and everyone to know that we’re the best in the world. Sooner or later the rest of the world will know it.”