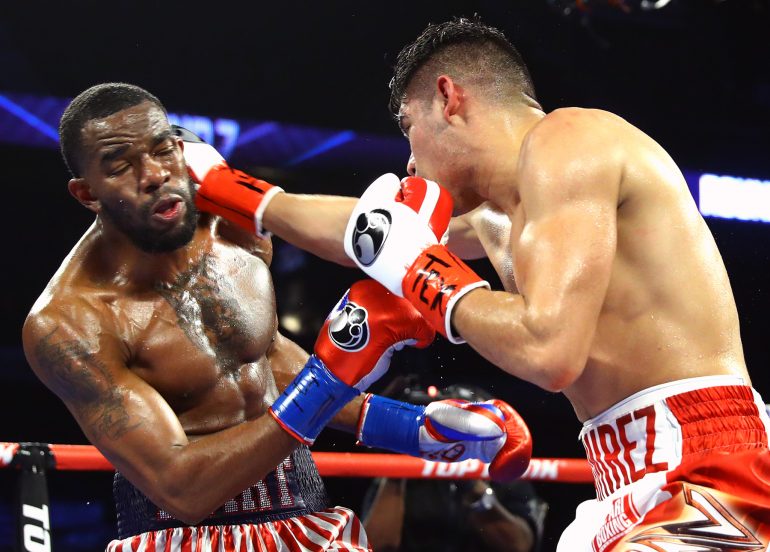 Ramirez retained his super middleweight title with a majority decision victory over Hart in a rematch streamed on ESPN+ Friday in Corpus Christi, Texas. Two judges scored it for Ramirez, 115-113, with another tally even at 114-114.

Now that Hart is out of the way for good, Ramirez (39-0, 25 knockouts) plans to move up to light heavyweight for his next fight.

“I won every round. I beat him clearly again,” said Ramirez, The Ring’s No. 1 fighter at 168 pounds. “I hurt my left elbow in the eighth round, but if I didn’t hurt my elbow, I would’ve knocked him out. I am going to 175 (pounds). I am ready to challenge (Oleksandr) Gvozdyk.”

Like Ramirez, Gvozdyk is promoted by Top Rank; a fight between the two should be easy to consummate. Gvozdyk won the lineal light heavyweight championship with an 11th-round knockout of Adonis Stevenson earlier this month; the Canadian remains hospitalized after undergoing surgery to relieve pressure on his brain.

Ramirez, 27, made five defenses of his super middleweight belt, but he still owns no victories of consequence. If Ramirez claims a title in a second weight class, that distinction will change. The light heavyweight division is stacked with talent; Dmitry Bivol, Artur Beterbiev and Eleider Alvarez are the other titleholders.

The Mexico native, standing over 6 feet 2 inches, owns the height to fill out at 175 pounds, but he’s yet to show the requisite power. He staggered Hart numerous times in the fight, but wasn’t able to put him on the canvas.

Ramirez punished Hart’s body, and bettered the Philadelphian on the inside. Hart came on late, when it was apparent Ramirez wasn’t capable of throwing the left hand with frequency due to an elbow injury, but he wilted in the final round.

Zurdo clobbered Hart (25-2, 21 KOs) with seemingly every right hand he shot during a thrilling Round 12. The bundle of punches stunned Hart, and the southpaw continued to blast him with lead right hand hooks. Hart, 29, rebounded and hurt Ramirez late in the frame, but it was too little, too late.

Hart complained about the scoring, but really, he was lucky to earn a draw on one scorecard.

“It was no contest. I did everything to win this fight,” Hart said. “Gilberto is a great fighter, and I have a lot of respect for him. He did have a great 12th round, but I came back to hurt him as well.”

With Zurdo packing on weight, his title will soon become vacant, and Hart will likely be afforded a third crack at a championship.

The intrigue surrounds Ramirez, and whether he can finally score a big victory as he seeks a title at 175 pounds.