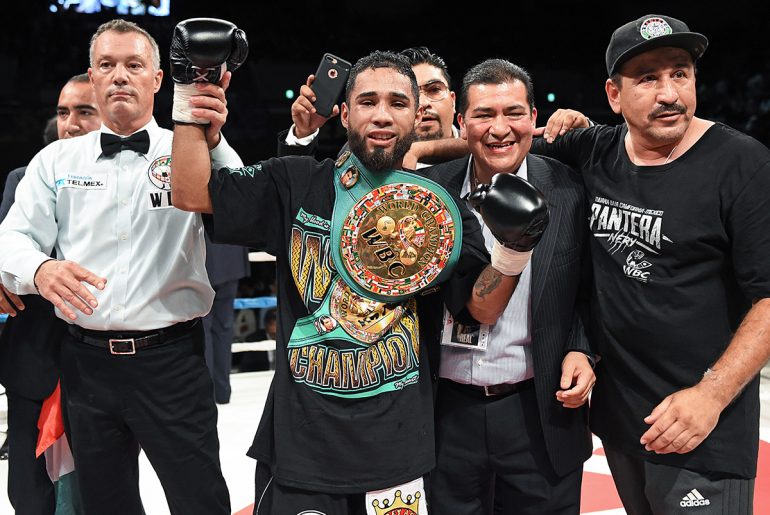 This was a warm-up fight for Nery, who was coming off a third-round knockout victory of Jason Canoy of the Philippines on Oct. 6 in his hometown of Tijuana, Mexico.

Fighting as a junior featherweight, the southpaw Nery was the aggressor from the opening bell, forcing Robles to fight off his back foot.

Nery closed the distance and launched multiple combinations to head and body and Robles, a late-sub, would bravely fire back or hold.

However, by Round 7 Robles could no longer keep his opponent at bay. Nery battered his man repeatedly throughout the sessions and a five-punch combination to the head prompted the referee to step in and stop the bout at 1:16.

“The fight was a stay-busy fight for me and I could’ve ended the fight in the opening round,” said Nery, who is promoted by Zanfer Promotions. “I wanted to give the fight fans in attendance a show. He did connect a few punches and he took a lot of punishment. My trainer told me to end matters in round seven and I did.”

Nery (28-0, 22 knockouts) is ranked No. 6 by The Ring at 118 pounds. In August of last year, he was stripped of The Ring title when he tested positive for Zilpaterol (banned substance similar to Clenbuterol) following a stoppage win over long-reigning champion Shinsuke Yamanaka. Nery was also stripped of the WBC title for failing to make weight for the rematch, which he also won by knockout.

The WBC title is currently vacant and Nery, who is ranked No. 4, wants another opportunity to fight for a belt in 2019.

“I want tough fights in 2019. I will wait for whatever promoter Fernando Beltran wants for my next fight,” he said.