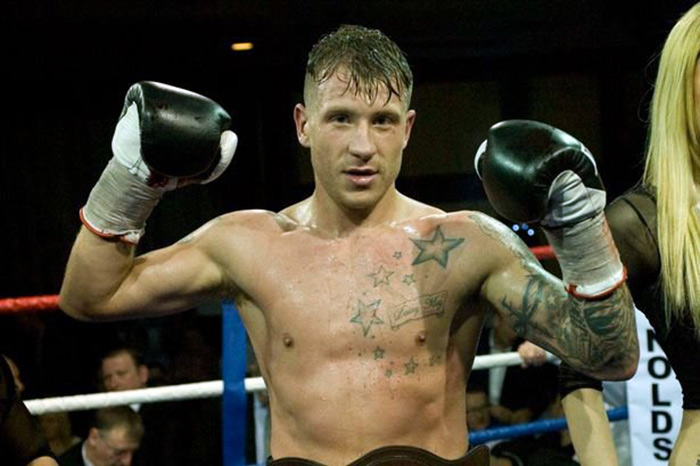 Truth be told, expectations are low in the eyes of most American fight fans for Jason Welborn, who is tasked with trying to flip the script on Saturday night when he takes on a legit young gun Jarrett Hurd in Los Angeles, on the undercard of the Deontay Wilder v Tyson Fury event.

Showtime will televise what many expect to be a rust-shedding win for Hurd, who owns two 154-pound crowns and is seeking bigger game and fame and the attendant fortune that goes with it.

But of course, cart before horse…First Hurd has to solve Welborn, who holds a 24-6 mark, and isn’t a known quantity to even hardcore fight fans in America. For that reason, I reached out to get some basics on the Brit, who as two wins over Tommy Langford to his credit.

How and why did the boxer get into boxing?

“I first got into boxing when I was around 12-years-old,” said Welborn, now 32. “At first, I just did it as a way to relieve aggression that I had as a youngster. My mum sent me because I was getting into a lot of fights at school and around the neighborhood and she thought it was a good way to get my anger and aggression out.”

He grew up in Rowley Regis in the Black Country of West Midlands, for the record.

Welborn has been a pro since 2005 and yes, has still been learning the trade on this journey to here and now. “I only had seven amateur fights because I actually spent most of my time training in a mixed martial arts gym. I struggled to get decent fights and so I got really bored and decided to turn pro at 18 with Pat Cowdell.

“I spent two years in a wheelchair at the age of 8 after having a hip operation. They told me there was a chance I might never walk again if the operation wasn’t successful, but luckily everything worked out and I’ve never looked back since,” the fighter said, offering us reason to comprehend that perseverance and mental toughness is part of his skill set.

Welborn didn’t want to get into how he might be able to get the better of Hurd, who owns a 22-0 mark but has been sidelined since his April win over Erislandy Lara, rehabbing an injury and rounding back into form. It will be a tall, tall ask; video shows that Welborn is active with the jab, and might not be active of foot enough to be as slippery as one would like versus Hurd, a true pressure expert.

He drops his hands, and leans in, and leaves himself open for uppercuts as he wades is way in, as well. If Hurd wants to, he can freeze Welborn with a head shot and deliver nastiness to his body, I think. Welborn’s power pack looks about what his record indicates, with the 7 KOs in 30 outings. Also, he’s been stopped in three of his losses. Chances are more than good Hurd makes it four… But one never knows until confirmation time. Saturday night, this Brit is a deep dog against Hurd, and his bark and bite will have to be of a higher caliber than he’s shown to this point for him to snare the upset win. Still, stranger things have happened…though this would be one of the bigger upsets of 2018 if Welborn has his hand raised at Staples Center.