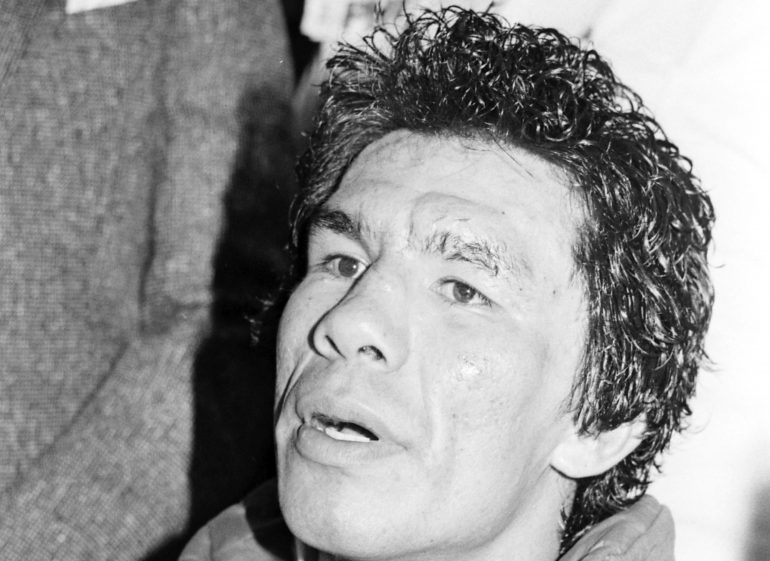 Yaqui Lopez fought during the light heavyweight golden era in the 1970s. During that time, he unsuccessfully challenged five times for a world title, although he gave each champion a stern test.

Lopez was born under the bullring at the Plaza de Toros San Pedro in Zacatecas on May 21, 1951. His birth name was Alvaro Lopez and he grew up wanting to be a matador.

“I liked how the matadors dressed; it was glamorous, the people applauded them. I wanted to be one of those guys,” Lopez told The Ring. “One Sunday, when I was about 11 or 12 years old, there was a bullfight and we knew how to sneak in because we lived there.

“They left two bulls for the matadors to train. We snuck in and I grabbed a capote (cape used in bullfighting). I made a few passes and the bull caught me in the right ankle. It was very painful; it broke my ankle.

“Somebody picked me up and got me out. They called an ambulance and took me to the hospital. I was in for one day, they put a cast on it and I had crutches.”

With bullfighting no longer an option, Lopez relocated to Northern California. He came across boxing when he 18 years old and had a brief amateur career, going 13-3.

During that time Lopez won a domestic tournament by stopping the defending champion in Eureka, California. His trainer Jack Cruz was asked what tribe the fighter belonged to and Cruz told them that Lopez was from Yaqui (recognized tribe) descendancy, appeasing fans who began chanting, ‘Yaqui, Yaqui.’

Lopez made his professional debut in 1972, outpointing Herman Hampton. In his fourth fight, he met Jesse Burnett, for the first time in a four-fight series and dropped a decision. He rebounded and went on a winning streak that ended the following year against Al Bolden.

Lopez exacted revenge on Bolden, besting him by 10-round unanimous decision in October 1973. He then lost again to Burnett, although he managed to edge his foe in their next meeting.

That victory helped earn Lopez a WBC title shot against John Conteh. The two had been scheduled to fight on multiple occasions and finally faced off in Denmark in October 1976.

The fight was close after 10 rounds, but after shaking off 15 months of ring rust the classy Brit was able to pull away on the cards and retain his title on points.

“We left (California) about five days before the fight and that was very hard,” remembers Lopez. “But no excuses; John Conteh was a better boxer. He beat me – very close – but there’s nothing to take away from him. He was a better man that day, a great boxer. He was one of the most classy fighters I fought.

“When I fought John Conteh, boxing people knew I was capable of being a good contender who would give hell to the champions.”

In September 1977, Lopez travelled to Rome to face WBA titleholder Victor Galindez in the first of two meetings.

“The first fight, he was a dirty fighter. He hit me behind the head so many times, and the referee never took a point. He probably warned him once or twice,” Lopez lamented. “Galindez was very strong. Not too many people give him credit, but he can box. He can bob and weave, make you miss and make you pay.”

Lopez would lose a razor-thin unanimous decision, by a point on two of the scorecards, and two points on the third. The pair fought a rematch in May 1978 and another close battle ensued. However, once again, the champion edged the contest by a small margin.

“I think I beat Victor Galindez twice,” he said. “That’s life, God didn’t want me to be a champion.”

After defeating old rival Burnett, Lopez met Matthew Saad Muhammad for the NABF title in Philadelphia in October 1978. The pair fought to a standstill, but Muhammad prevailed in the 11th when Lopez was unable to continue due to cuts.

“(Muhammad) was a man of his word. When they stopped the first fight in the 11th round on cuts – he told me, ‘Yaqui, if I win the world title, I’ll give you a rematch’ and he did. He was a strong fighter, a good fighter. We put on a helluva fight, one of the best in history.”

Unbowed, Lopez got back in the saddle against a then up-and-coming Michael Spinks in Atlantic City in October 1980.

“He was a great fighter,” acknowledged Lopez, who was stopped in seven. “I gave him hell for seven rounds. He knocked me down three times and the referee stopped the fight.” 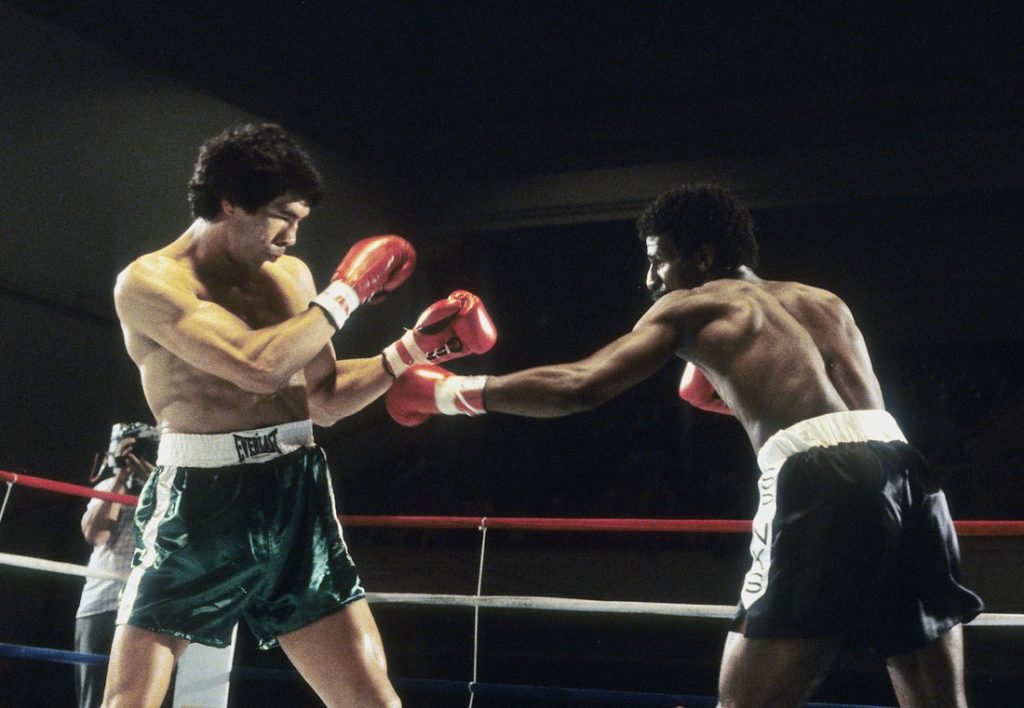 Lopez (left) in battle against Michael Spinks. Photo from The Ring Archive

Lopez would eventually move up to cruiserweight where he faced Carlos De Leon for the WBC cruiserweight title in 1983. Once again, an eye cut resulted in defeat, and a split decision loss to Bash Ali in September 1984 was the final fight in a terrific career. Lopez retired with a record of 61-15 (39 knockouts).

“I was more than pleased with the things I did in boxing,” said an emotional Lopez. “I never won the title, but I won the admiration of the people. People enjoyed my fights and they still remember me – I’m very happy for that. If I was born again, I’d do the same thing again.”

Lopez, now 67, lives in Stockton, California, with his wife, Beatrice, of 46 years. He has three children and one grandchild. He owns Fat City Boxing Club, a non-profit organization which keeps him busy.

The former five-time world title challenger graciously took time to speak to The Ring about the best he fought in 10 key categories.

Jesse Burnett: He was very clever, he had the same style as [Floyd] Mayweather. He made me work hard because of his sneaky jab. To beat him, I had to put a lot of pressure on him. I think Jesse Burnett had the best jab – him and John Conteh. There were so many good light heavyweights in my era.

Victor Galindez: He bobbed and weaved. He was a pretty good fighter. A lot of people didn’t give him credit, but he was very smooth. Galindez was very good defensively; it was hard to catch him.

FASTEST HANDS
Matthew Saad Muhammad: He had pretty good speed. I countered, and he countered right back. He put a lot of pressure on me. I consider myself a good boxer, but he put so much pressure on and I stopped to mix it up with him.

BEST FOOTWORK
John Conteh: He was very sharp, good boxer, he moved good. He had everything. He had good moves, he had the best footwork, bottom line.

BEST CHIN
Saad Muhammad: I hit him hard, I caught him with terrific punches, right uppercuts, left hooks, he was hurt. We fought very hard in the ring.

STRONGEST
Galindez: I spent 30 rounds with him, he was a strong guy. I tried to push him, and he didn’t move.

BEST PUNCHER
Spinks: He’s an awkward puncher, he hit me on the temple and I went down. The referee counted, I didn’t hear, one, or two, or three, or four, you hear five and it felt very far away, six, seven. I thought time to get up, I looked at my corner and they tell me ‘eight, get up’. He knocked me down three times, he’s a puncher.

BEST BOXING SKILLS
Burnett: More than Spinks, nobody wanted to fight him. Burnett can fight, that’s why a lot of tough guys didn’t want to fight him.