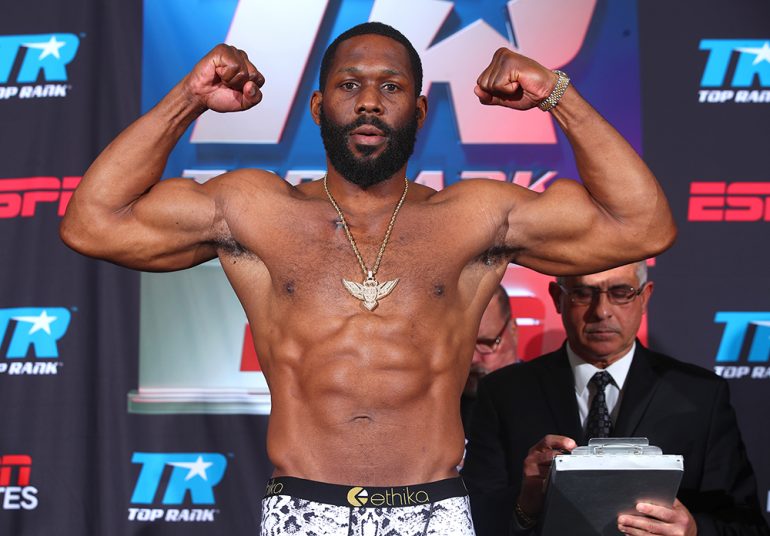 Heavyweight contender Bryant Jennings has made the most of his comeback with victories over modest opposition. But he will face a tougher challenge on Jan. 18 when he squares off against fellow contender Oscar Rivas, Top Rank announced Tuesday afternoon.

Jennings (24-2, 14 knockouts) returned to the ring after a 20-month layoff in August of last year, signing with Top Rank, and has won five fights since. In his last bout, Jennings stopped Alexander Dimitrenko in Round 9 in Atlantic City.

The 34-year-old from Philadelphia is now ranked No. 2 by the WBO and No. 7 by the WBA. A win over Rivas could put Jennings in line for a world title shot later in 2019.

“I’ve been in this situation before,” said Jennings, referring to his challenge for a world title belt against Wladimir Klitschko in April 2015. “The job is to stay focused. I’m going to keep grinding and not take anyone lightly. Talk is cheap.”

Rivas (24-0, 17 KOs) is originally from Colombia and now resides in the Montreal area. The 31-year-old does have a fight scheduled on Dec. 1 on the undercard of the Adonis Stevenson-Oleksandr Gvozdyk WBC light heavyweight title fight in Quebec City. He faces hard-hitting Fabio Maldonado (26-0, 25 KOs) in a 10-round bout.

Rivas’ most notable win was a second-round knockout of Joey Abell in November 2015. In his last bout on May 19, Rivas won a one-sided 10-round decision over Herve Hubeaux.

“I’ve waited for this opportunity for a very long time,” said Rivas, who is promoted by Groupe Yvonne Michel (GYM). “Jennings is an excellent boxer. He is a world-class fighter and exactly the kind of challenge I was hoping to face. It is now time to take care of business and step up for the real challenges.”

In the co-feature, featherweight prospect Shakur Stevenson will fight in a 10-round bout against an opponent to be determined.

In his last bout on Oct. 13, Stevenson scored an impressive first-round knockout of Viorel Simion.