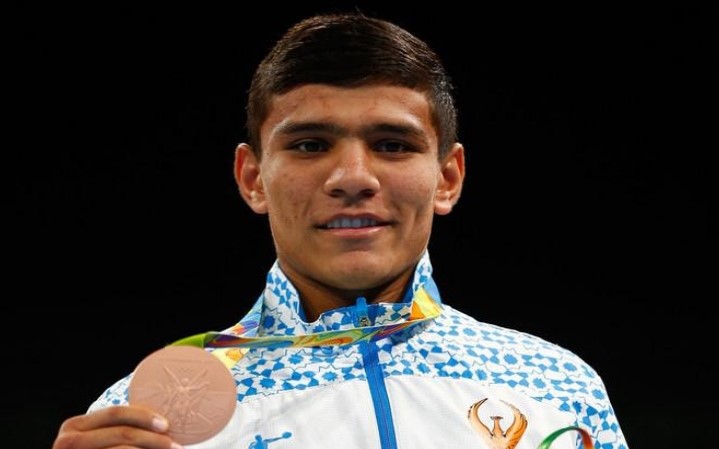 The 10-round bout will take place at the Mark G. Etess Arena inside the Hard Rock Hotel and Casino in Atlantic City, New Jersey. The fight will precede the 12-round main event bout between WBA light heavyweight titleholder Dmitry Bivol and challenger Jean Pascal.

Akhmadaliev (4-0, 3 knockouts) was an amateur standout who won a bronze medal at the 2016 Olympic Games in Rio. The 24-year-old prospect signed a promotional deal with World of Boxing and made his pro debut on Mar. 10 in Brooklyn, New York, knocking out David Michel Paz in the opening round. In his last bout on Aug. 23, he scored a vicious one-punch knockout of Ramon Contreras in Costa Mesa, California.

The WBA already has Akhmadaliev ranked at No. 3 in its 122-pound rankings.

“It’s been a dream of mine to fight on HBO, where Roy Jones, Manny Pacquiao, and many other great fighters have fought,” said Akhmadaliev, who resides in Brooklyn, but is trained by brother Joel and Antonio Diaz in Indio, California. “I can’t believe that I’ll have this opportunity. I’m grateful to my promoter, World of Boxing, and Dmitry Bivol for this chance.”

“We are very excited that Akhmadaliev will be featured with Dmitry Bivol’s HBO appearance,” said Vadim Kornilov, who manages both Bivol and Akhmadaliev. “This should be an exciting night of boxing. Akhmadaliev really knows how to get fans out of their seats.”

Southpaw Zarate (16-3-3, 2 KOs), who resides in the Los Angeles suburb of San Pedro, won an eight-round split decision over fringe contender Horacio Garcia on Sept. 13. He is unbeaten in his last five bouts.