At NJ HOF induction, Kendall Holt gets the itch to fight again 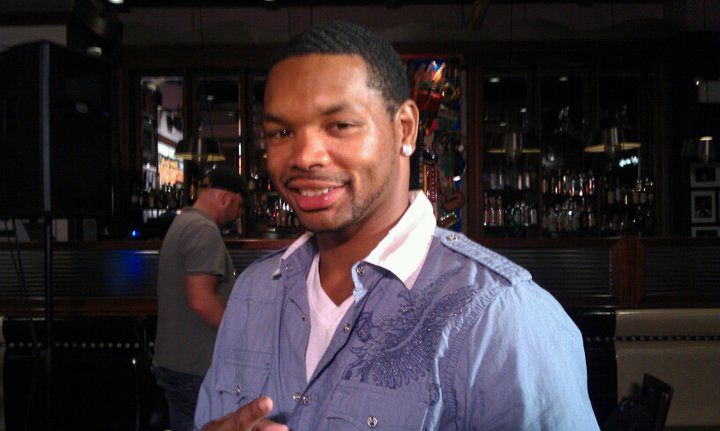 GARFIELD, N.J. – Sitting atop the dais, Kendall Holt stood out. As a world champion from the not-too-distant year of 2008, Holt was smack dab in the middle age-wise with the amateur awardees at the New Jersey Boxing Hall of Fame and his fellow inductees at the Venetian catering hall like 80s fighters Calvin Grove and Charles Boston.

Such honors usually come later in life, but the 37-year-old from Paterson hadn’t fought in five years, and had been the standard-bearer of the state’s pro boxing scene. If not him, who else would be there?

After being introduced by reporter Keith Idec, Holt went into a series of stories which were personally impactful to his career. He thanked Freddie Curiel, the former pro whom he calls the first boxer he ever looked up to, for teaching him at age 7 to not walk too close to gates, lest a dog on the other side leap up and bite him. He thanked his father Barry Porter, who was in attendance, for introducing him to the sport that eventually made him WBO junior welterweight champion. He thanked referee David Fields, for teaching him in his second New Jersey Golden Gloves fight that he can’t just knock out every fighter and he’d have to bank on his boxing skills also.

And he jibed at N.J. boxing commissioner Larry Hazzard for not letting his then-four year old son Keshon into the ring in Atlantic City after he defeated Mike Arnaoutis to become number one contender.

He’ll still have to get a license to enter the ring even now that he’s 15, Hazzard reminded him.

Holt spoke for over eight minutes, prompting veteran referee Randy Neumann to jokingly gesture to wrap it up. But Holt wasn’t about to step away so fast.

“This is my time. I haven’t been in front of an audience in a long time. I’m gonna enjoy this,” said Holt.

Holt (28-6, 16 knockouts) hadn’t fought since 2013, when he was stopped in eight rounds by Lamont Peterson in Washington D.C. Holt said he had never planned on retiring, but life didn’t stop just because he had lost. He had his son, whom he’d been the primary guardian of since the age of two, and he had bills.

“I had financial difficulties like most boxers do, so I had to get a job and raise my son. That didn’t leave much time for the boxing gym,” said Holt.

He had already been planning for his future, taking courses at Passaic Community College, and eventually qualified to work as a biometrics screener, drawing blood with needles in an office instead of with his fists in a ring. His status as a contractor allows him to keep a flexible schedule, and he’d stop by the gym here and there to work out and spar local kids once in awhile. Once he’d feel his body getting sore, he’d take off from the gym again, and boxing would again be something of his past.

Yet, after hearing NJ Boxing Hall president and veteran ring announcer Henry Hascup announce his name at the beginning of the night, something clicked in him. He got the itch again.

“Before we even got up here, the introduction coming down from upstairs touched my heart. That just reminded me of the ring walk. Walking down the stairs I got that feeling like, I still could do it,” said Holt.

He points to Robert Guerrero, who will have been out of the ring for about a year and a half when he returns on the Wilder-Fury card, as someone he’d like to face. Then there are rematches with Danny Garcia, whom he lost to by split decision in 2011, and Peterson that would interest him.

If there was one thing that he felt his career lacked, it was a trilogy, He was supposed to face Ricardo Torres a third time after Holt lost a controversial fight by eleventh round stoppage in 2007, and then Holt put Torres out cold in 61 seconds under circumstances that also weren’t without controversy in 2008. They were supposed to fight a third time, but after Torres waded through an above-his-weight tune-up in Colombia, he pulled out of the trilogy and retired.

Whether he fights again or not, Holt will always have that night at Planet Hollywood.

“Especially if I haven’t watched it in awhile, I still get chills from it. I can pinpoint the exact time when the referee was counting and I see him wave his hands in the air and I’m like ‘oh my god I’m world champion.’

“It’s every fighter’s dream to win a world championship. I still want to get back in there.”