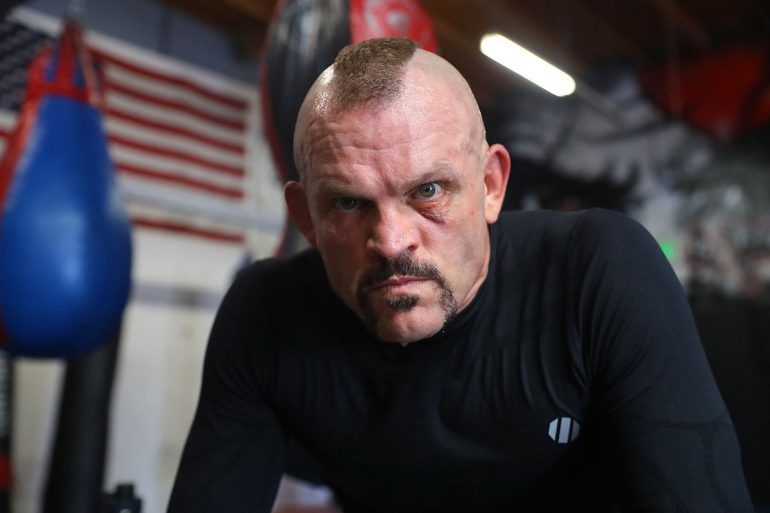 Chuck Liddell is 48 years old and, by all means, knows that many of us raised an eyebrow to the ceiling when we heard that he wanted to get off the couch, get back into training and fight once again in a cage.

48 years old is simply not the optimal age to do what he’s trying to do — get his brain and body back into a place where he will be able to get the better of a younger man. Now, the younger man in this case is Tito Ortiz, himself no young-and-eager pup. Ortiz is himself 43, and no, we’re not here to tell you that either man is even particularly near his athletic prime. That’s not the way it goes for even the best and brightest of specimens, and the Bernard Hopkinses who are able to retain more of their skill set than anybody else could hope for at an advanced age are the runaway exceptions.

But this being America, we don’t put 40-somethings to pasture. If you can pass your medicals, in most jurisdictions, your age won’t be held against you. You will get the opportunity to attempt to silence all the critics (and yes, there are plenty of them) who think this quest, for Chuck to beat Tito on Nov. 24, is silly. 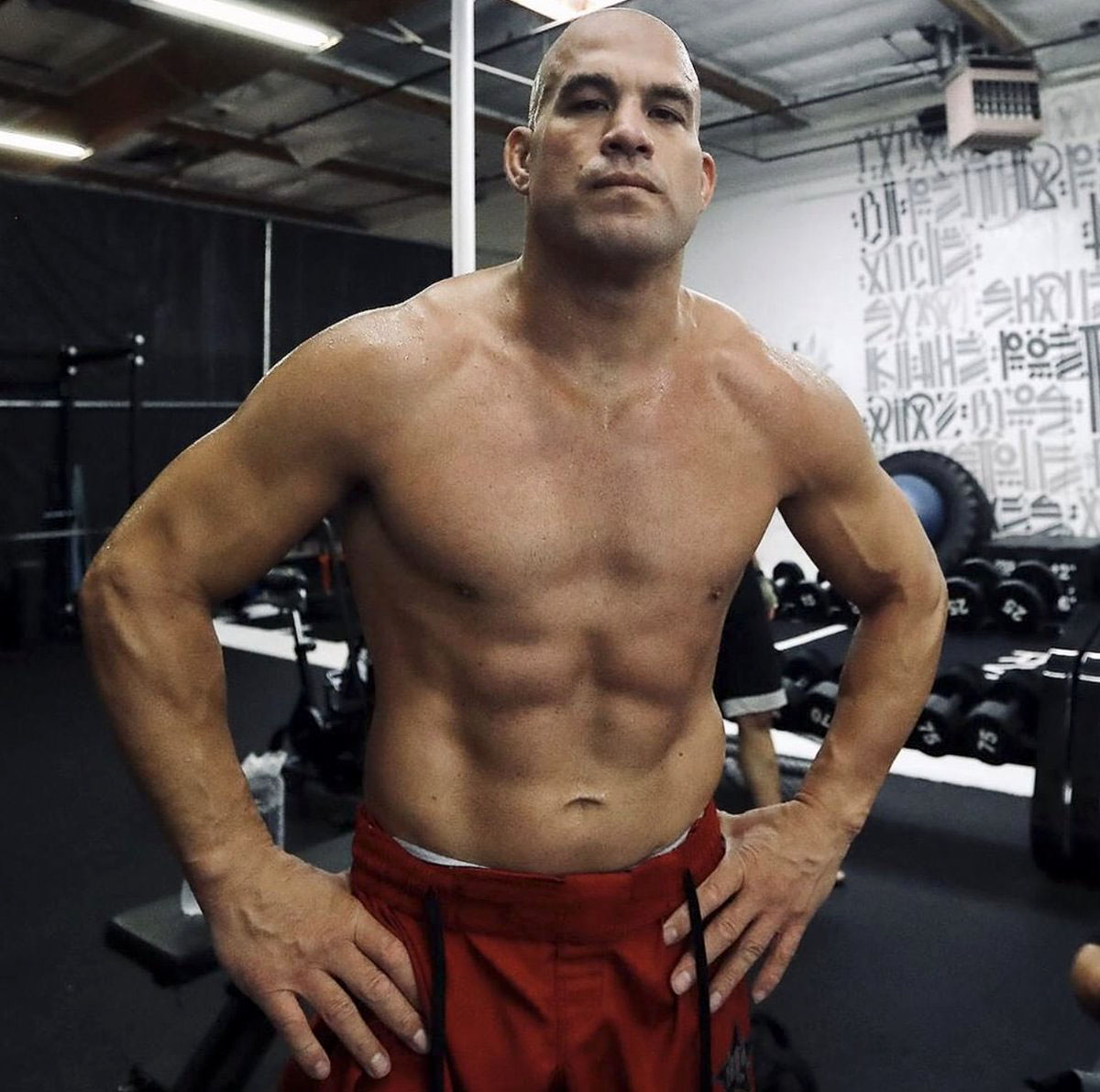 No pulling the punch — the deck is stacked against Chuck. Let’s be annoying and refer back to the age. Athletic prime for most of us is 27; from there on in, muscles and tendons and cartilage and the whole package is in a state of decay. 48 is what it is. It’s a high hurdle, and I won’t pretend — it has me installing Tito as the favorite against the legend who re-popularized the Mohawk and helped push the Dana White UFC from niche to more mainstream niche that was able to surge to a place of transcending fight sports and somewhat into the all-sports realm.

But here’s the dirty nitty-gritty: Liddell lost his last three fights, and in conclusive fashion. He was stopped by Rashad Evans in 2008, stopped by Mauricio Rua in 2009 and then Rich Franklin in 2010. He’d been dropped and stopped by Rampage Jackson in 2007 and followed that up with a loss to Keith Jardine, thankfully not via KO. The record stands, and speaks for itself, and tells most who read it that this assignment, to beat Ortiz in a fight to screen on pay-per-view, is a ludicrously high ask.

Chuck knows this … And he’s soldiering on, because that is what he is. I use the word “soldier” not loosely. Knowing full well the divide between someone who enters combat with the understanding they might not leave the field of battle alive, and how I use the term in this context, Liddell is a soldier. Because his soul demands that he test himself in combat. It’s innate, and something that cannot be understood by any but others like himself. That’s why I’m inclined to look at this Liddell vs. Ortiz fight not with scorn and surprise, but with polite and respectful resignation, and, in fact, a level of curiosity. No, I don’t think Liddell will beat fellow UFC Hall of Famer Ortiz, who, though recently “retired,” has been comparatively active.

But I will tune in, because MAYBE.

Maybe Liddell can do what pretty much no one thinks he can.

“When I left the sport, I had just changed my training. I was doing things differently. I was starting to improve everything. I made some mistakes and kind of got pushed out. So, I wasn’t finished. I can’t ever think of one thing about fighting that I don’t miss. I miss everything about it. I like training. I love going to the gym every day. I like cutting weight and getting ready for a fight. When I make weight, it means I get to fight the next day. I love walking to the ring, and I love fighting,” is what Liddell said recently when asked WHY he’s doing this. 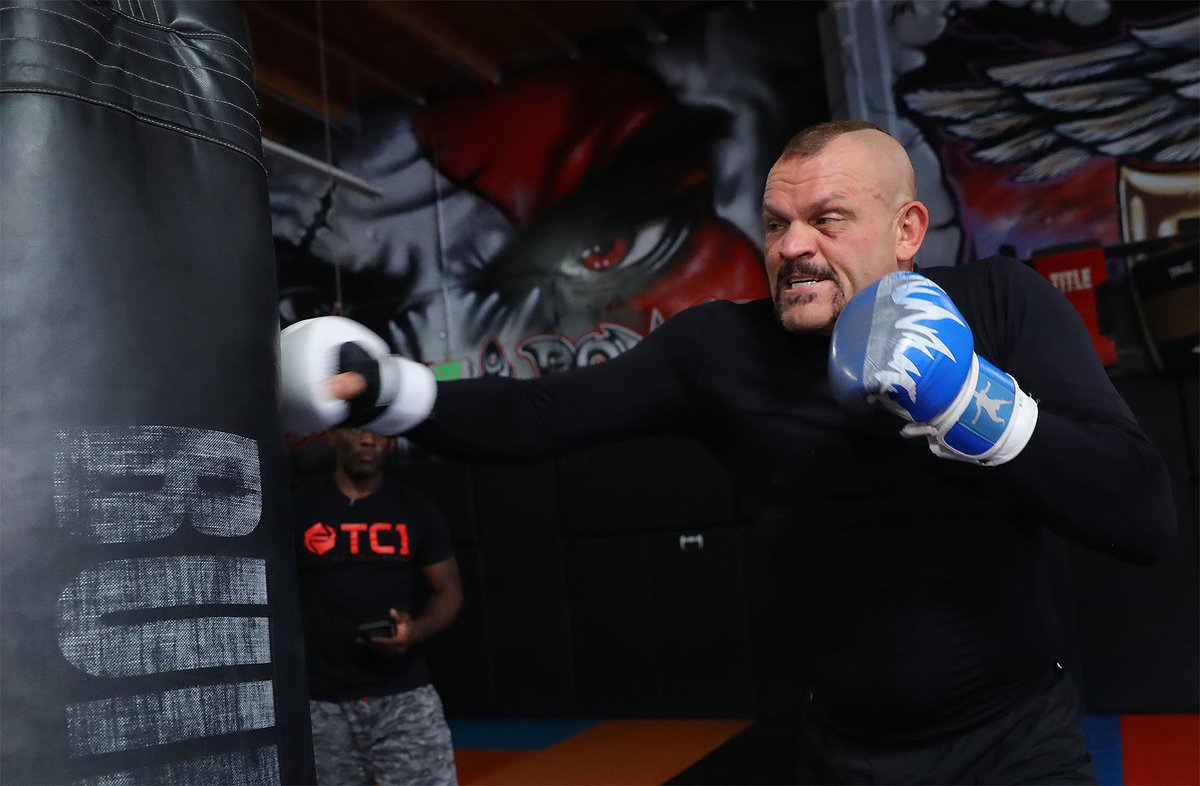 “My lifestyle has changed completely this time [compared to when I was fighting]. I changed the people around me and the environment around me. Everybody is working toward the same goal. I’ve got my family. I’m with them all the time. For this camp, I’m stepping away and getting my attention on this fight. I’m going to be in Tito’s hometown, Huntington Beach, California. I’m doing this to prepare for this fight. I’ll be missing my kids, but I’m going to take that out on him in this fight on November 24.”

So, you get the idea that he’s maybe wiser at this juncture, that he’s not messing about or partying too much or what have you. Hey, I don’t think that’ll be enough to placate Father Time, but stranger things have happened in the fight game.

Oscar De La Hoya is testing these MMA waters, seeing how much appetite there is for this legend vs. legend faceoff, which unspools at the Forum in Inglewood (about 25 miles from Huntington Beach). The light heavyweight scrap tops a card which starts at 9 p.m. ET. He is thinking that the name-recognition factor, as Ortiz and Liddell are two of the top ten or five mixed martial artists of this era, will allow him to gain some marketing traction and make this event a revenue-making success. Part of his calculus is the knowledge that Chuck and Tito have history. 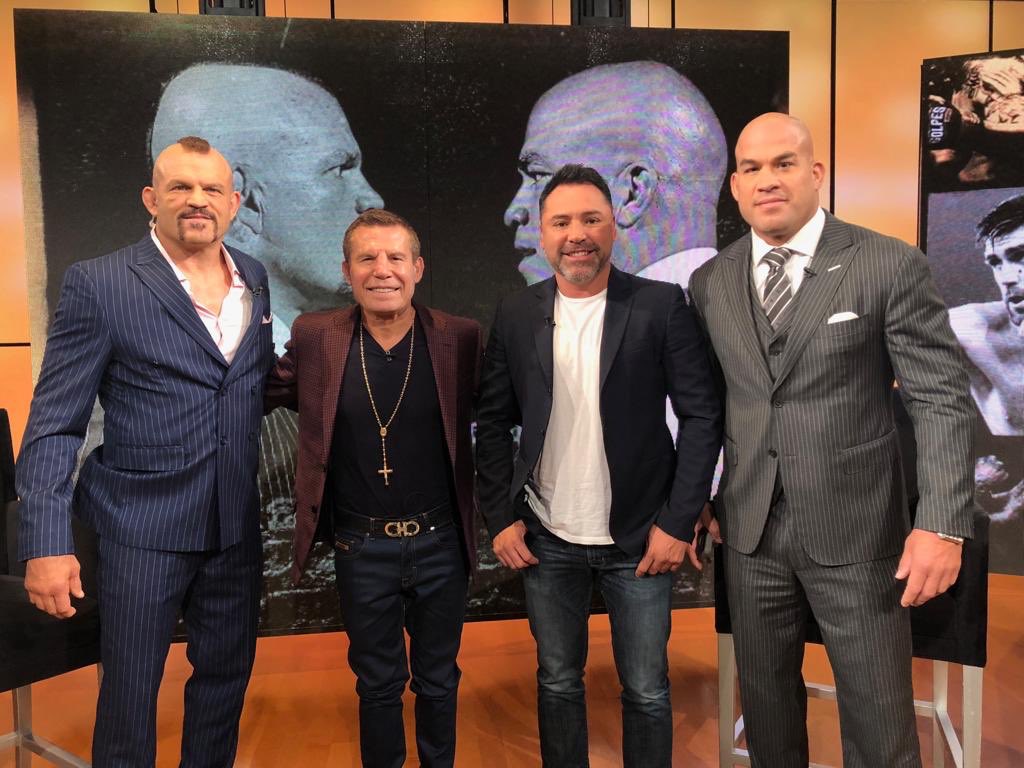 In 2004, they battled and Liddell scored a stoppage win, via strikes. His barrage, mostly a jackhammer right as Ortiz squared up and tried in vain to block, crumpled the loser. In 2006, they rematched and Liddell again used his striking power to sleep Ortiz. This time, Tito dropped to the mat, turtled up, and thunder rained down on his XXL noggin, forcing the ref to save him. And then Chuck’s slide started; he went 1-5 in his last six.

“I don’t hate Tito,” Liddell has said. “I don’t care enough about him to hate him. I don’t like him. I don’t like the person he is. I don’t like the way he treats people. I’ve heard stories since we’ve fought about all the things he’s done to people. Screwing over training partners. Screwing over business partners. It’s the way he treats people. He’s got no class. You saw him at the press conference. He’d talk when I was trying to talk. It’s classless. If he’s trying to sell a fight, that’s great. But that’s not it. That’s really the way he is. Tito is Tito. It’s not an act. He’s an ass.”

So there are other sub-plots here. De La Hoya believes he can take some market share if he allows the boxing paradigm to grant these MMA fighters more leverage, power and say-so in a promotion. Oh, and probably a more advantageous piece of the revenue pie. That issue has been a consistent slap at UFC’s Dana White in the Fertitta era and currently. Revenue-sharing with the athletes isn’t near where boxing is, especially for the true A-siders who can carry PPVs and pack buildings. De La Hoya can perhaps set a precedent with the event, and let other athletes see that at Golden Boy, the grass is greener and so is the revenue-sharing policy.

But those bullet points are secondary to the topline plot: On Nov. 24, can Chuck Liddell, set to turn 49 on Dec. 17, give himself an early birthday present and holiday bonus all in one, by once again dropping and stopping his rival for the ages? Time, which waits for no man, but can sometimes be arrested long enough to achieve an unlikely feat, will tell.