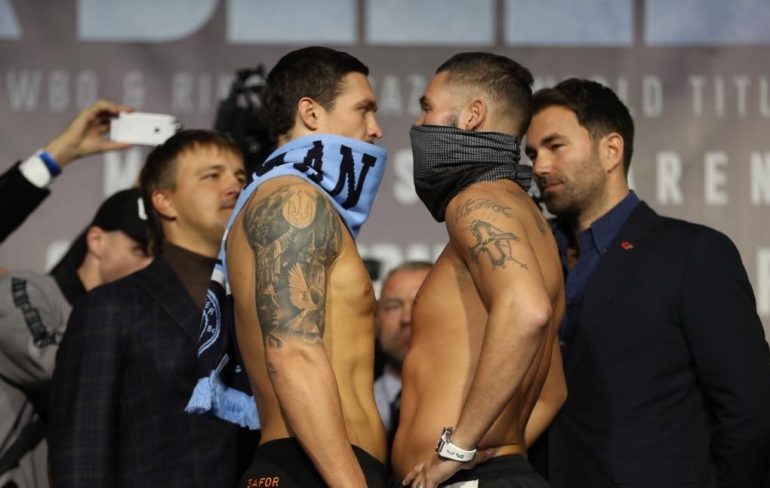 You couldn’t read Tony Bellew’s lips when he was talking to Aleksandr Usyk during the head-to-head at Friday’s weigh-in, but when he removed a scarf from around his mouth to address his support, the Englishman made his intentions loud and clear.

That outburst concluded a standard weigh-in which saw both men turn up in fantastic fighting shape ahead of The Ring, IBF, WBA, WBC and WBO cruiserweight title fight, which takes place at the Manchester Arena in Manchester, England, on Saturday.

Bellew, the former WBC cruiserweight champion, is coming off two back-to-back victories over countryman David Haye at heavyweight. There was some concern about whether the Liverpool man could return to 200 pounds comfortably, but it was misplaced. “The Bomber” weighed in at 199.5 pounds and has never looked better.

“I’m going to shock the world once again,” said Bellew (30-2-1, 20 knockouts) when he was interviewed afterwards by Sky Sports in the U.K.

Usyk, the undisputed cruiserweight champion, weighed in at 198.4 pounds and there was not a spare ounce of fat to be had. The slick Ukrainian southpaw, who claimed the Muhammad Ali trophy by winning the inaugural World Boxing Super Series tournament in July, has annexed every available world title on away soil and now defends then behind enemy lines. The 31-year-old pound-for-pound entrant is 15-0 (11 KOs).

The bout will be broadcast live by Sky Boxing Office in the U.K. and by DAZN in the U.S. 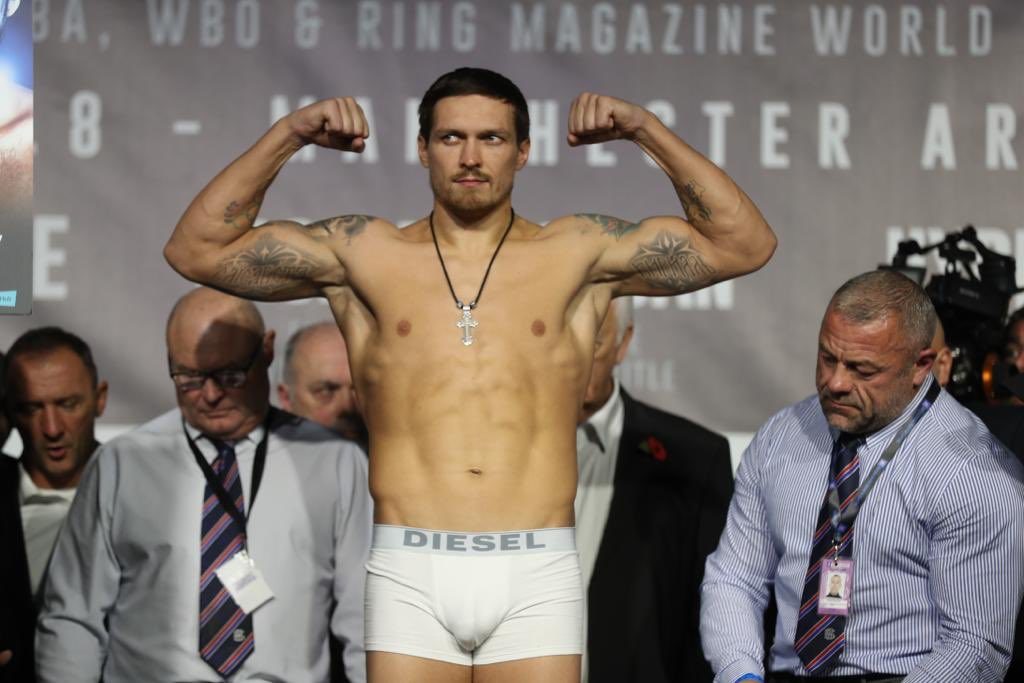 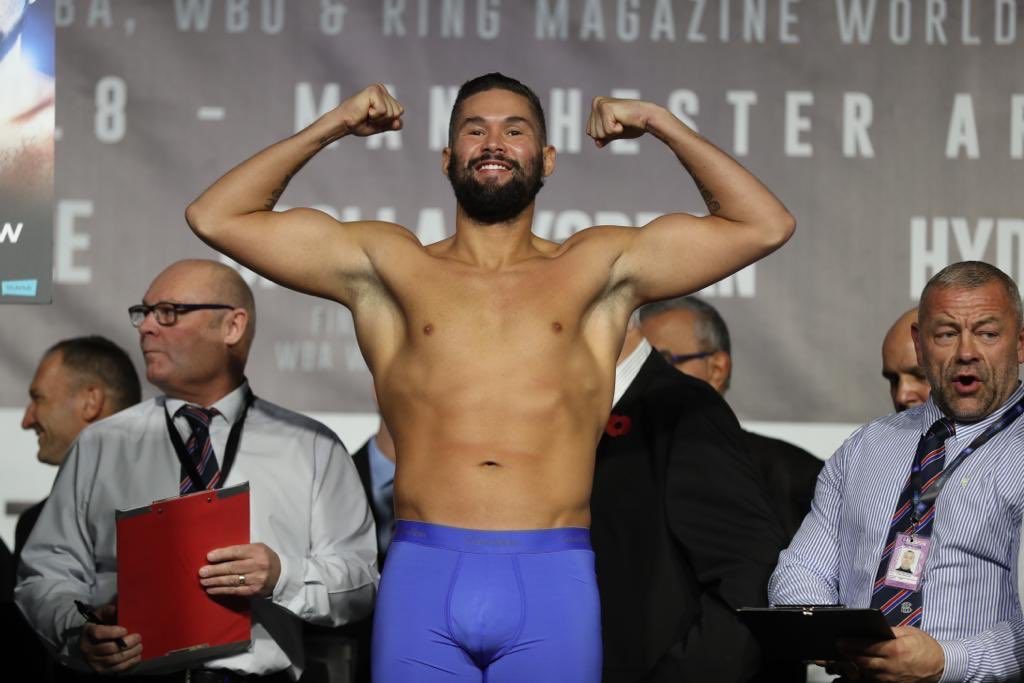