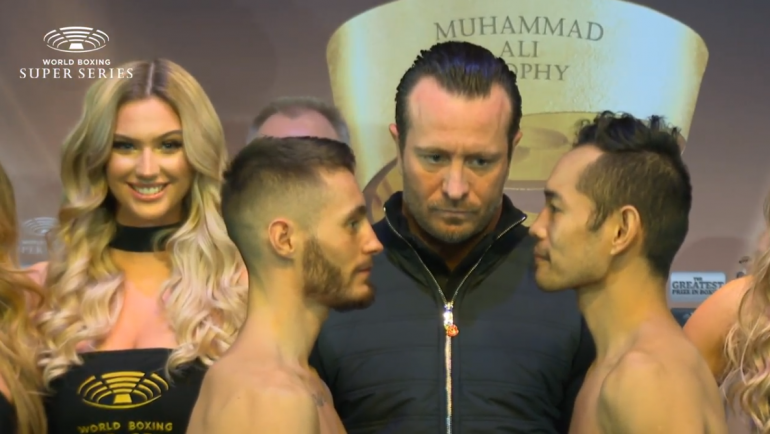 The numbers are in for the quarter finals of the World Boxing Super Series which will be staged at the SSE Hydro in Glasgow, Scotland, on Saturday.

There were many who thought Donaire, who hasn’t competed in this division for seven years, would struggle to make the bantamweight limit, but the ex-champion was 117.7 pounds at his first attempt.

The winner of this bout will face WBO titleholder Zolani Tete in early-2019. 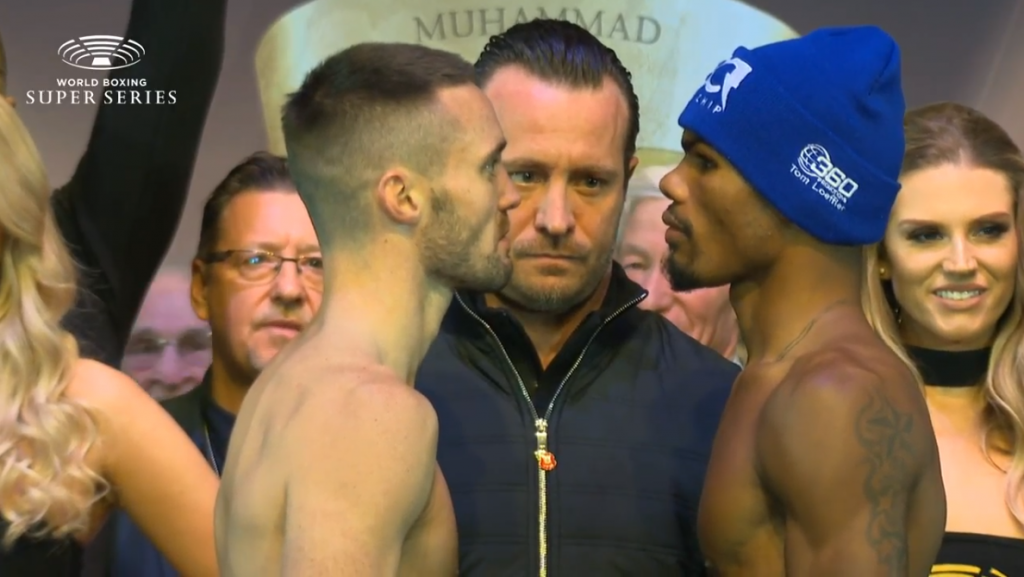 Local hero Josh Taylor weighed in at 139.1 pounds for his 12-round junior welterweight clash against American Ryan Martin.

Taylor (13-0, 11 KOs) is coming off a 12-round unanimous decision over former titleholder Viktor Postol in June, and the talented Scottish southpaw looked to be in excellent shape ahead of his WBSS debut.

Despite having more fights under his belt, Martin (22-0, 12 KOs) is the unknown quantity in this bout. The Tennessee native has never mixed with a fighter of Taylor’s caliber as a professional and this is unquestionably his acid test. He weighed 139.3 pounds.

The winner of this matchup will face new IBF titleholder Ivan Baranchyk.