DAZN CEO James Rushton: ‘We would love Gennady Golovkin to fight on DAZN’ 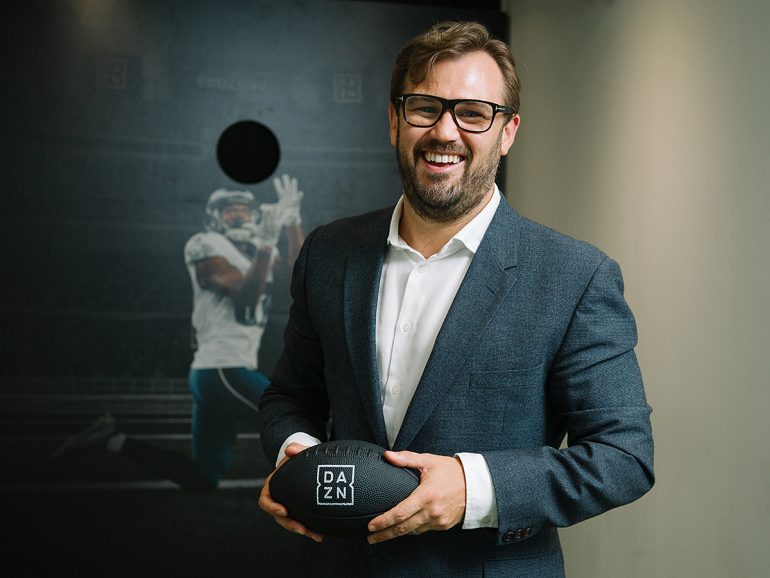 The politics of boxing have always carried a certain weight of uncertainty and disdain from fans. Appeals to simplify and expedite have been stymied by networks or unsavory mandatories. All things considered, the cliche fighter remarks to let his team handle opponent options is rather justifiable, as it can take nearly as much time to navigate the waters of these impediments as it does for the fighter to train for his bout itself.

We’ve seen different camps make different allegiances time and again and we tell ourselves, as a collective base of observers, that the sport will again prosper at the levels of a generation prior. Unfortunately the players usually change but the game doesn’t.

Renewed optimism has come in the form of deep pocket investments from one sports network behemoth, another premium cable channel doubling down on previous gains and an international streaming service. As the three competitors carve out their territory in this recent signing frenzy of free agents, one notable fighter remains unsigned in former WBA/WBC middleweight titlist Gennady Golovkin.

RingTV recently sat down for lunch with the Chief Executive Officer of DAZN James Rushton at Lago, in Las Vegas, where we spoke on the matters at hand, in hopes of peeling back some of the mystery that usually inhibits this sports environment, while discussing immediate and some long-term points of interest that will affect the sport as well. Here’s only a portion of our conversation, with the rest to be released later. 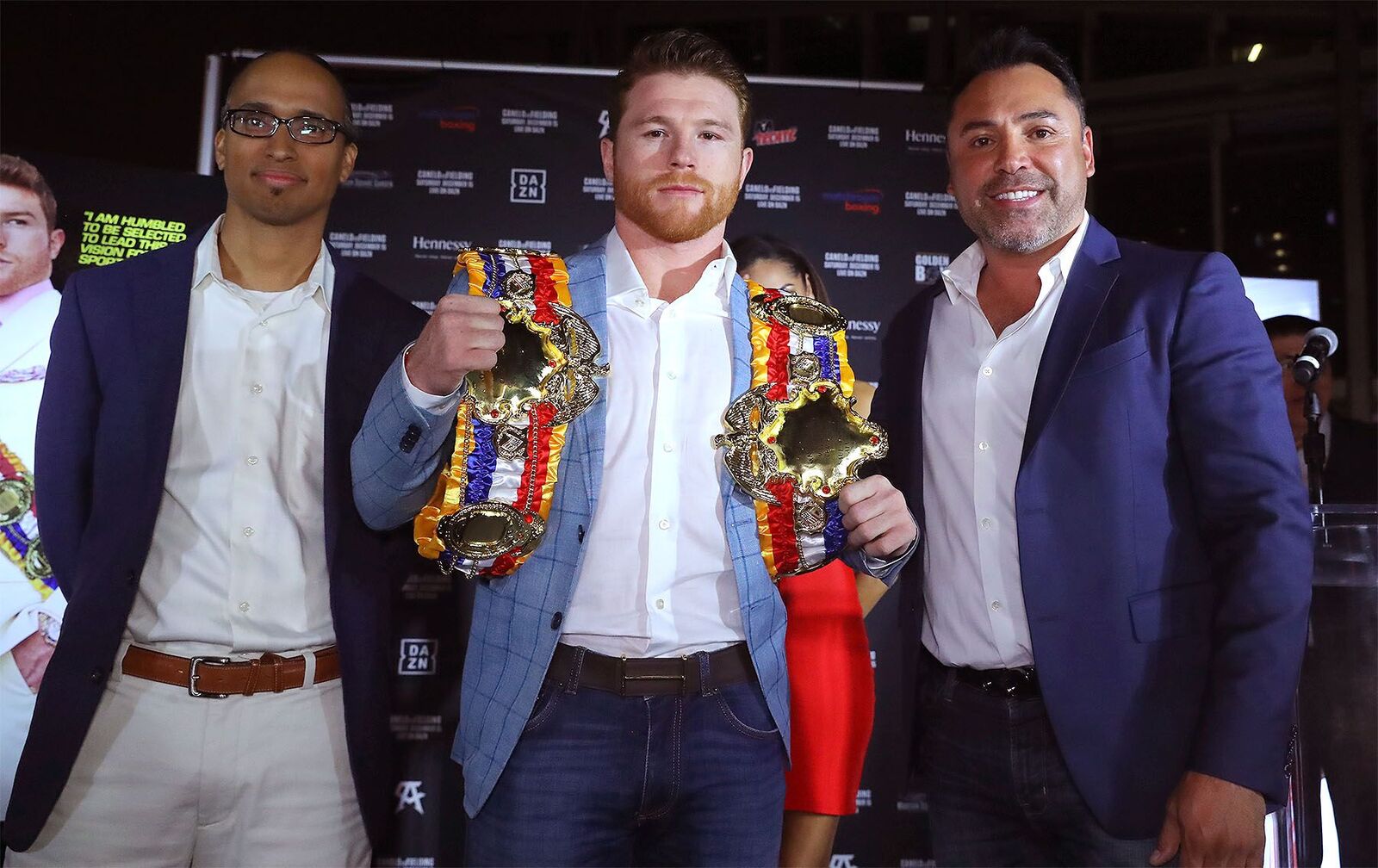 Nick Skok: (Golden Boy Promotions founder) Oscar De La Hoya went directly to (Executive Chairman of Perform Group) John Skipper instead of going to (Matchroom Boxing USA Group Managing Director) Eddie Hearn. In the future, What would you prefer to have happen if another promoter wants to work with DAZN? Maybe (Top Rank CEO) Bob Arum or (Premier Boxing Champions founder) Al Haymon or whomever, should they go to you; should they go to Skipper? Should they go to Eddie or should they now talk to Oscar? What is the communications hierarchy?

James Rushton: Certainly me and John Skipper are not in the game of boxing promoting. We run a broadcast platform. The investment we made in Eddie is significant and over a long period of time. I think at the same time, Eddie and I are realists on how boxing promoting works. It was very unlikely that Golden Boy would go directly to Eddie when, in many ways, they’re competing in the same space. However they’re now working together on the same platform, which is good for both parties. Our preference going forward is for Golden Boy and Matchroom, going forward, is to get as many of the best fighters as possible. That means Bob Arum, that means whoever else, has to come work with those guys, then so be it. Whether “X” fighter goes to work with Golden Boy to fight, or “X” fighter goes to a Matchroom USA-promoted fight, to be honest, this is the dark arts of Eddie and De La Hoya. We’re not going to get involved with that. The two teams have committed to us to work together. You’ll start to see that in some of the cards we start to put together in 2019. Matchroom US fighters on Golden Boy shows and Golden Boy fighters on Matchroom USA shows.

NS: For clarity, do you, for example, want Bob to call them or to call you?

JR: Bob knows who he should call. He should call the boxing promoters, not us. We’ve probably got enough fight nights next year. We just need to make sure we have the best fight nights as possible.

Speaking on the long-term investment deal with Eddie Hearn and Matchroom that sparked headlines, as well as media comments made regarding DAZN’s full commitment to Hearn and Matchroom, that an opt-out clause could be enforced after two years, Rushton added, “We’ve known about Eddie Hearn for more than a decade. They’re as much friends as they are business associates. We are in it for very long-term with those guys. We’re pretty excited about what we’re doing in the U.S. and we’re going to look at how we can try and replicate what we’re doing in the U.S. in other markets as well. The comments around two or three year (opt-out clauses), it’s all nonsense. We have an eight-year deal. We’re very happy to have a long-term deal.” 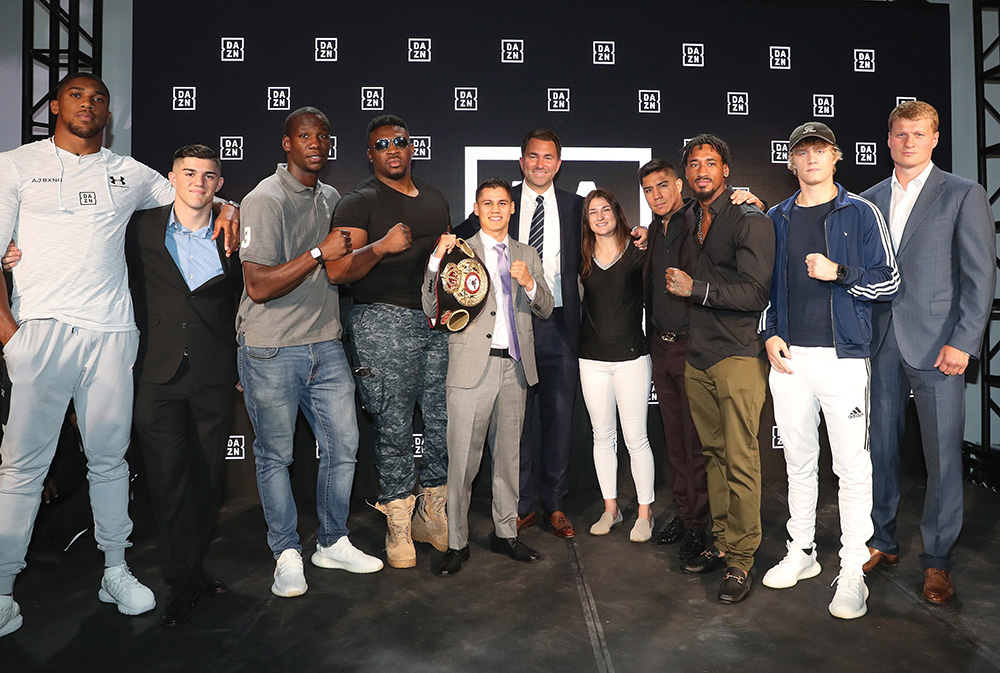 Regarding the elephant in the room with “GGG” being a network free agent and on what network he will need to fight for a third fight against The Ring Magazine/WBA/WBC middleweight champion Canelo Alvarez or perhaps a rematch against IBF titleholder Daniel Jacobs, among other high-profile 160-pound match-ups, Rushton said, “We’ve been very clear and I know Eddie has made some comments in the press about where GGG will need to fight moving forward. Obviously we would love GGG to fight on DAZN. As I’ve said before, it’s not my place as the chief executor of the broadcast platform to play boxing politics. There’s enough characters and enough people doing that. Our statement with Canelo and our statement with Matchroom makes it very clear about how we intend to change the landscape of boxing in the U.S. and we’ll let the promoters work it through.”

With Canelo signing to DAZN and the platform ever expanding, the topic came up as to whether or not Mexico could be next for the DAZN expansion.

“The Canelo deal gives us worldwide rights, including Mexico. That obviously now makes Mexico a bit more interesting than it was before not having Canelo. It’s on a potential list but not on the immediate radar.” 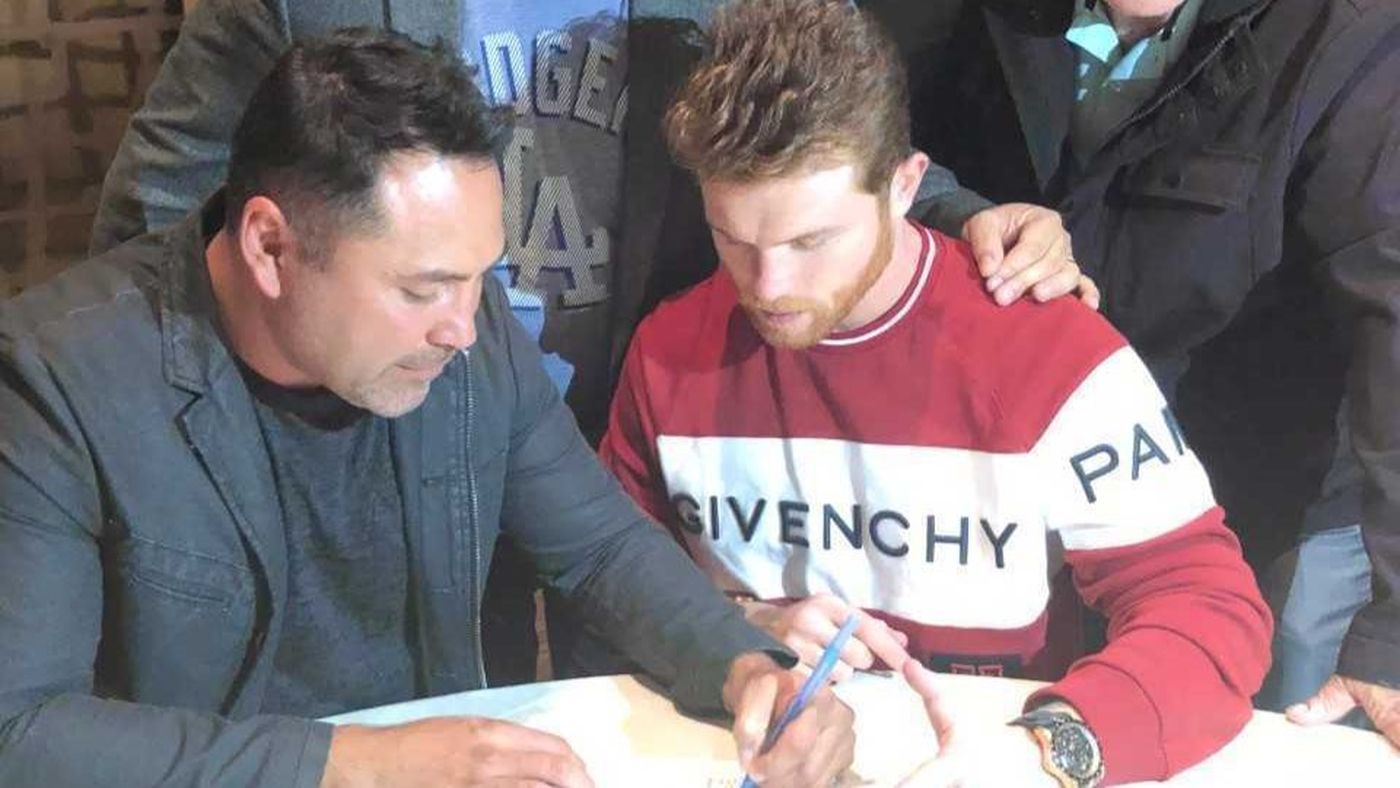 So there you have it. While some growing pains came with how the Canelo deal was negotiated, it was said that any future boxing deals on the network would need to go through either Eddie Hearn or Oscar De La Hoya. A GGG deal seems to be no exception, though their commitment to signing him was discussed with wide smiles and a tone of excitement.

DAZN has expanded to the U.S. and Italy this year, bringing its total number of countries to seven, with room and plans to grow, however without Mexico being a part of that expansion for the time being.

This means boxing and DAZN will stay together for the foreseeable future.

Certainly while the players are again changing, it appears that the game could too for the better. Commitments like what we’ve heard and read already from DAZN are likely to keep the competition from letting off the gas, meaning higher quality more of the time. Should one of these players go down for the count, look for one or both of the others to go in quick and heavy for the kill. Clearly all we have to do is to keep watching.

You can reach Nick Skok on Twitter at @NoSparring.