Oscar Valdez will return Jan. 12 ahead of possible unification with Frampton or Warrington 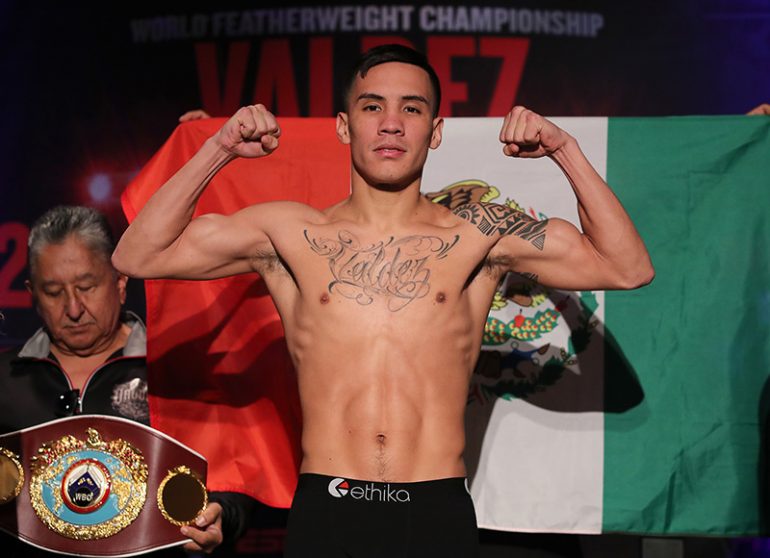 That’s also because the bout will amount to a tune-up for a far more significant fight. As long as Valdez (24-0, 19 knockouts) wins as expected, Arum told The Ring that the plan is for Valdez to compete in a unification fight in April.

The opponent: whoever comes out on top in the December 22 featherweight title tilt between Josh Warrington and challenger Carl Frampton in Manchester. That bout will be streamed on ESPN+, part of Top Rank’s partnership with British promoter Frank Warren (both fighters are in his stable).

Top Rank is hoping to stage that unification bout in Southern California, possibly at Staples Center in Los Angeles. Valdez’s last bout, a slugfest decision victory over Scott Quigg, took place at StubHub Center in Carson. With his fan-friendly style and the large Mexican contingent in L.A., Top Rank is hoping to build Valdez into an attraction.

Those plans hit a roadblock after Valdez suffered a fractured jaw at the hands of Quigg, a far larger man who failed to make weight. Valdez knows he must adjust his style if he wants to enjoy a long career, and to that end, he’s now training with Eddy Reynoso, best known for his work with Canelo Alvarez (Valdez previously was coached by Manny Robles.)

A fight with either Frampton or Warrington promises to be the toughest of Valdez’s career.