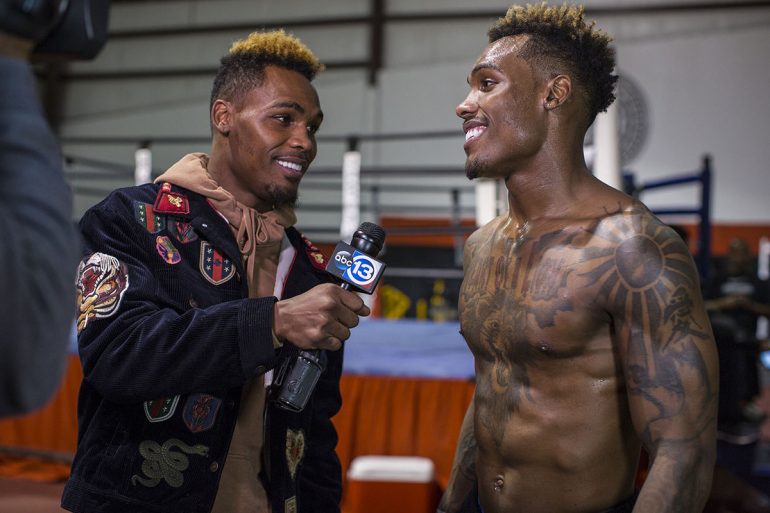 One of the Charlo twins will finally, at long last, headline a notable show. We just don’t know which one.

That will be determined Thursday in New York, when a coin toss will be held to determine which Charlo brother — Jermall or Jermell — will fight in the main event of PBC’s new foray on FOX. That card will take place December 22 at Brooklyn’s Barclays Center.

Jermall Charlo (27-0, 21 knockouts) will fight Willie Monroe Jr. in a middleweight fight. Jermell will defend his junior middleweight title against Tony Harrison in the other bout. A third matchup involving heavyweight contender Dominic Breazeale will open up the tripleheader, sources told The Ring.

Whoever ends up headlining the show, it’s been a long time coming for both Charlos. The Houston native are among the sport’s elite, but to date, the 28-year-old identical twins have been relegated to undercards.

Now, with PBC set to kick off it’s new four-year deal with FOX, guaranteeing Al Haymon and Co. more dates than ever (Showtime recently entered into a new three-year agreement with the organization) there’s plenty of shows to go around for everyone.

Middleweight contender Maciej Sulecki was in advanced talks to grab the assignment to fight Jermall, but talks fell apart last week. In steps Monroe, who is best known for a sixth-round TKO loss to Gennady Golovkin in May 2015. He was outpointed by Billy Joe Saunders in his other challenge for a 160-pound title.

The 31-year-old’s great uncle is Willie “The Worm” Monroe, who defeated Marvelous Marvin Hagler in 1976. Monroe (23-3, 6 KOs) face another stern test in Charlo, a dangerous puncher who held a title at 154 pounds.

That’s where Jermell (31-0, 15 KOs) reigns as titleholder. He outpointed Austin Trout in June, and now will face Harrison, 28,  in his fourth title defense. Harrison (27-2, 21 KOs) scored a split-decision victory over Ishe Smith in his last performance.