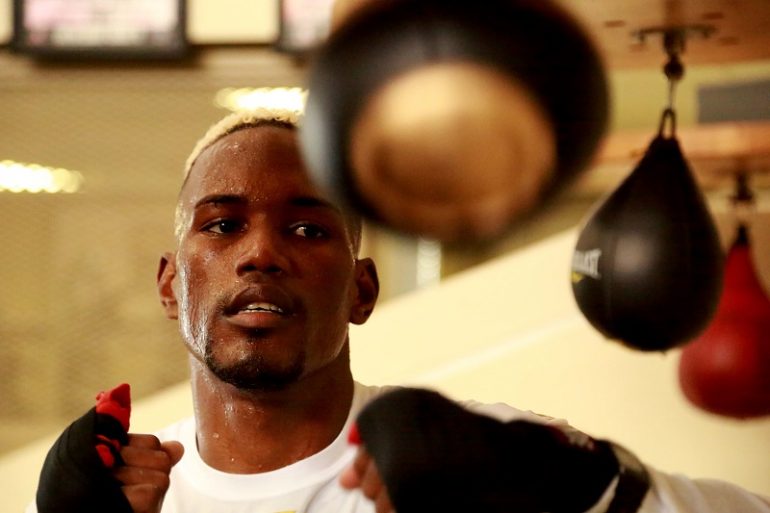 When the legendary Miguel Cotto retired after losing his final bout in December 2017, many Puerto Rican fans were concerned for the future of the sport on the boxing-crazy island.

Heir apparent Félix Verdejo had previously been anointed as the next Boricua superstar. However he hasn’t lived up to his lofty billing and sustained a stoppage loss last March.

A year after Cotto’s retirement and the havoc Hurricane María caused and the proud region is still trying to find its footing. Surprisingly in boxing terms, they’re doing considerably better than expected.

Although there is no one superstar fighter, there are five male titlists, several contenders and a slew of prospects all looking to supplant the sport in the coming years.

To replace Félix Trinidad was always going to be impossible. Then again Miguel Cotto came along and, just like that, someone else will come and lighten the load.

One fighter coming out from the shadows to make a name for himself is impressive junior welterweight puncher Subriel Matías.

Matías hails from the small coastal town of Fajardo, in eastern Puerto Rico.

“Where I have lived my life, there has always been high and lows,” Matías told RingTV.com about his hometown, through interpreter Fernando Gaztambide, “good moments and not so good. Thank God we are a family that has lived there for more than 20 years. We are the same, residing in the Maternillo neighborhood of Fajardo. I was always playing sports.” 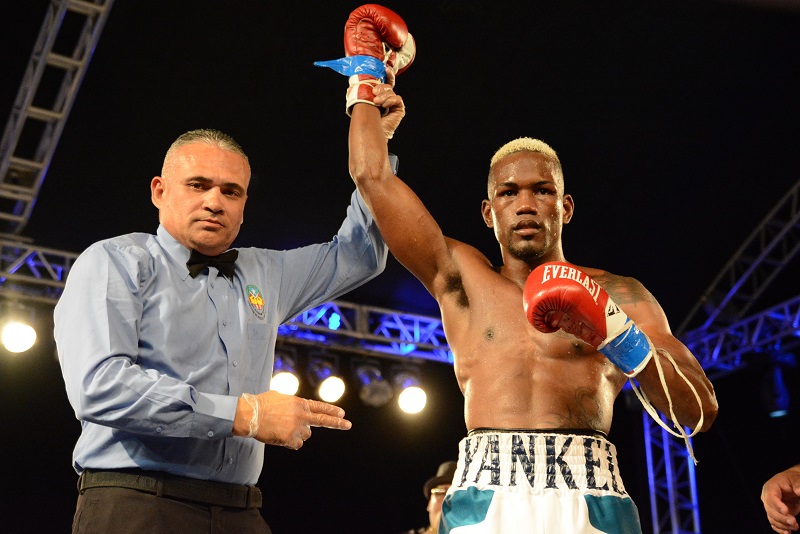 Matías first experienced boxing when he was 12 years old.

“I was always fighting in school until I started in boxing, which changed my way of thinking and behaving,” he said. “I can say that boxing changed my life completely.”

Matías was a good amateur domestically, winning in the region of 80 of an estimated 100 fights. However he didn’t turn professional until he was 24.

“Browny” worked as a massage therapist and also a gardener before he was persuaded to focus on boxing.

“I started a bit late in boxing because I was studying and working,” he explained. “I did not have time but my coach Anthony Otero continued to motivate me because he always saw something good in me. With his help, along with the help of my promoter Juan ‘Yomi’ Orengo and co-manager Pedro Cruz, (they) have helped me to improve as a boxer and as a person.”

Since making his debut in December 2015, Matías has moved very quickly to 11-0 (with 11 knockouts). His team, fronted by Orengo of Fresh Productions Boxing – a relatively new venture that promoted its first show in December 2013 – has shown considerable belief in Matías.

“Subriel is in the conversation of one of the best up-and-coming fighters in Puerto Rico,” said the well respected Sánchez Fournier. “He has the potential to be a very good fighter at a world-class level and that’s all you can ask of him now.

“His promoter has to get him the opportunity at an increasingly higher level for him to fulfill his promise.”

So far his promoter hasn’t secured television dates that would give the fighter much needed exposure. It’s a clear black mark in Sánchez Fournier’s book.

“A guy like him who can bang, Puerto Rican people will follow,” explained the venerable scribe, “but if you don’t have him on TV, you’re not exposing him how you should because he’s a very talented kid. He has a fan-friendly style of fighting. I think that (the lack of television exposure) has hurt him.” 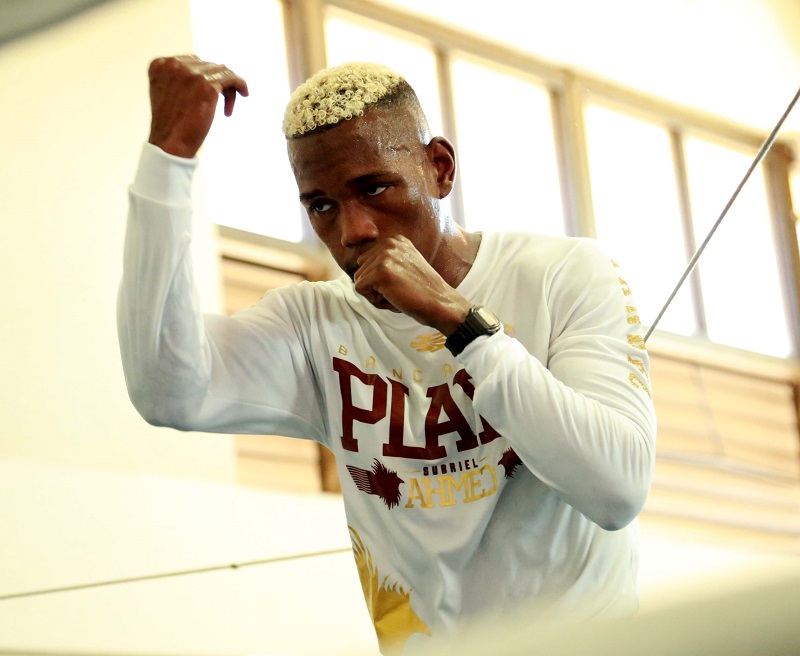 In just his fourth outing, Matías stopped former prospect Jeffrey Fontanez. While many thought it was a bold move so early in his career, Matias showed the faith his team have in him was well placed, demolishing his countryman in two rounds. That performance, more than any other, caught Sánchez Fournier’s eye.

“Some of the opposition he has fought is way ahead of the curve for a fighter with so few fights,” he said. “He’s shown flashes of potential brilliance. He can punch and he can take a punch as well.

“Jeffrey Fontanez was a good puncher with both hands. Fontanez came out in the first round and he hit Subriel hard a few times. He took the punches; he didn’t flinch, then he landed his own punches and Fontanez wilted. You could tell Fontanez wanted nothing to do with him and (Matías) knocked him out in the next round. I was impressed with him in that fight.” 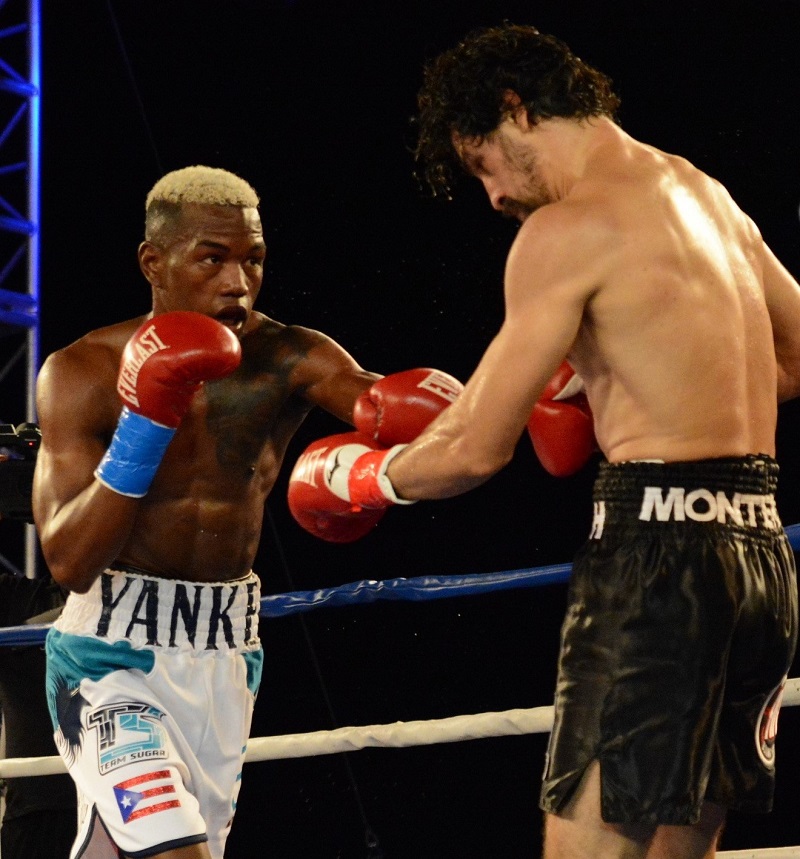 The 26-year-old puncher will have the opportunity to showcase his skills to a wider audience this weekend. He is an alternate for the World Boxing Super Series and will face former two-division title challenger Fernando Saucedo (62-8-3, 10 KOs) at the Lakefront Arena, New Orleans, in his American debut.

The veteran Argentinean spolier has been stopped just twice in a near 19-year career. Notably those were both this year against smaller fighters. Matías will be expected to become the third man to stop Saucedo.

Orengo has very high hopes for his fighter and believes Matías can one day join another of his fighters as a world champion and become the next Puerto Rican superstar.

“Subriel Matías and current (IBF bantamweight) world champion Emmanuel Rodriguez will be the face of boxing in the near future,” proclaimed the promoter.

“Matías will be a world champion in four or five fights, in 140 pounds, then world champion at 147 and 154 pounds. We want to face, in the near future, (IBF/WBC lightweight titlist) Mikey Garcia by year 2020. That would be great.”

One step at a time but, so far, Matías has done everything expected of him in impressive fashion.