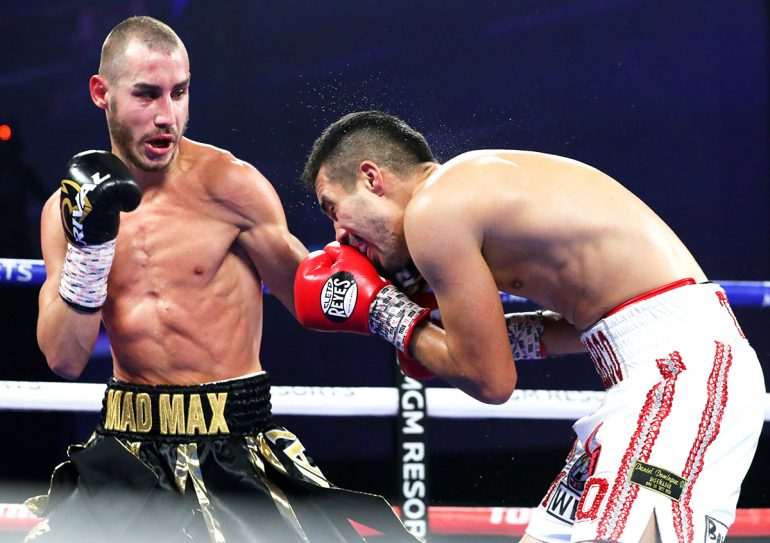 Junior welterweight contender Maxim Dadashev scored his most impressive win as a pro thus far, winning a 10-round unanimous decision over Antonio DeMarco in the co-feature to Ryota Murata-Rob Brant in Las Vegas.

The southpaw DeMarco, who held the WBC lightweight title in 2012, was game, but was not able to keep up with the younger and stronger Dadashev. DeMarco attempted to walk Dadashev down and connected with a few combinations, but mostly found himself on the defensive as Dadashev, who is originally from Russia and now lives and trains in Oxnard, California, landed the sharper combinations to DeMarco’s head.

Any rally DeMarco attempted to mount during the fight was met with two- or three-punch combinations from Dadashev, usually ending with a left hook or right cross to the head.

Falcao, who is ranked No. 6 by the WBA, is now trained by Robert Garcia.

Featherweight prospect and 2016 Olympic silver medalist Michael Conlan battered Italy’s Nicola Cipolletta (14-7-2, 4 KOs) before referee Russell Mora stepped in and stopped the bout at 1:55 of the seventh round. Conlan improves to 9-0 (6 KOs).