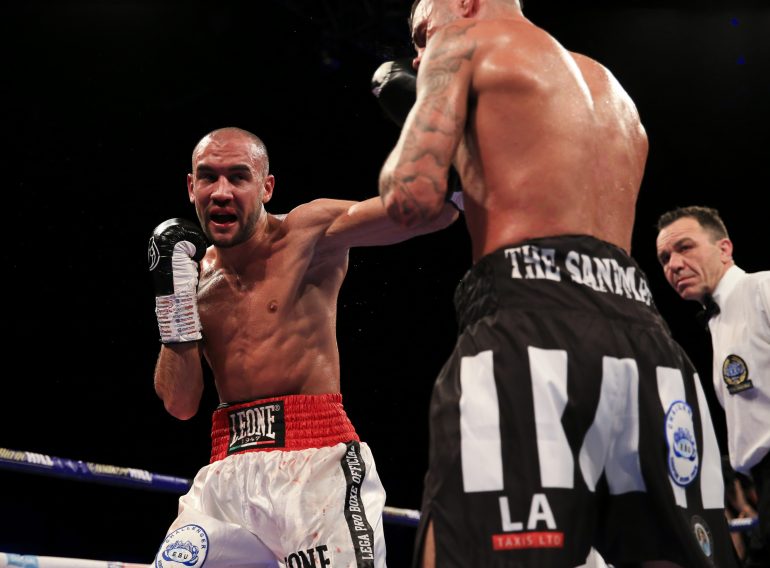 There was a party scheduled for Saturday night in Newcastle, England, but it’s been canceled.

Belgium-based technician Francesco Patera boxed extremely well to claim a 12-round split decision over local star Lewis Ritson at the Metro Radio Arena. All three judges scored the bout 116-112, but the two decisive cards gave the vacant European lightweight championship to the visitor.

From the fourth round on, Patera (20-3, 7 KOs) began letting his hands go in blazing bursts to bank rounds. Ritson applied plenty of pressure, but Patera’s lateral movement, punch variety and sharpness defused the vaunted power which has been terrorizing opponents at British level.

Ritson (17-1, 11 knockouts) was stunned by a two-fisted attack in the seventh and the bell came not a moment too soon. Patera continued that attack in Round 8 and the Newcastle man was still short on answers. The partisan crowd were noticeably hushed by this point and Ritson needed a big change.

He gave it everything, but his efforts were in vain. Patera hurt his man again in a pulverizing 10th round and it took Ritson several seconds to fire back. He bravely let his hands go and stayed in the game, but Patera was the better man and, if anything, the decision should have been unanimous in his favor.

In a bloody affair, Liverpool’s Robbie Davis Jr. won the British and Commonwealth junior welterweight championships by posting a 12-round unanimous decision over Glenn Foot. The official scores were 119-109, 118-110 and 117-112.

Davies overcame a horrible eye cut, sustained in Round 2, to produce the cleaner, sharper work out of the southpaw stance. Foot started well and applied plenty of pressure but, as the bout wore on, the attack faded and Davis’ class came to the forefront.