Commentary: Jose Benavidez isn’t likely to push Terence Crawford … but it would be nice 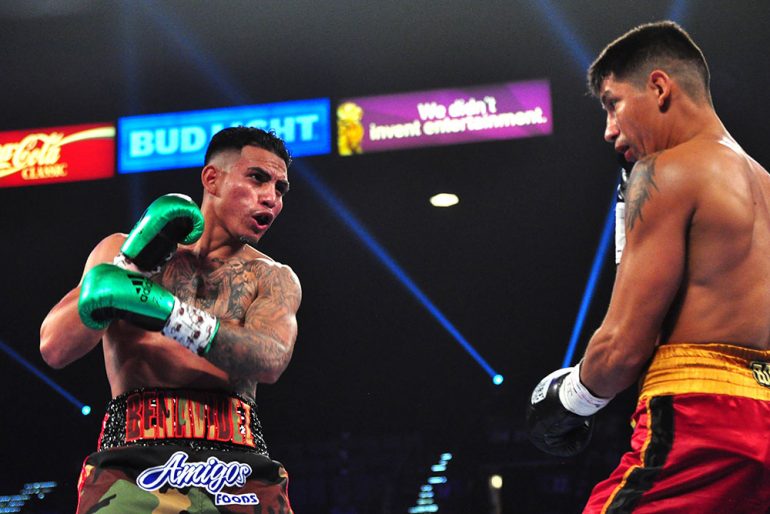 He is a victim of his own success.

Because Terence Crawford is so accomplished, and assessments of the welterweight titleholder’s skillset so sky-high, the air of anticipation for his Saturday bout against Jose Benavidez Jr. is muted.

Yes, it isn’t easy to find anyone, outside of Team Benavidez, who thinks the 27-0 challenger’s walk can match his talk and he can stay undefeated at the expense of “Bud.”

Now, there does seem to be some legit heat between the two, though in this age it’s harder than ever to tell. We’ve seen evidence of what looks like genuine dislike, and we hope if that’s the case that some of the beefing will translate into passionate pugilism on fight night. Specifically, we’d like it if Benavidez – whether it’s because he’s been moved to out-perform or because he has enmity towards the Nebraska-based boxer – out-did himself. Maybe, because he’s so dialed in and pissed off, Benavidez can do the unexpected and really, truly push Crawford (33-0, 24 knockouts).

“Yo mama a bitch,” Crawford yelled at Benavidez during a confrontation at a media workout this week, then leaped upon the ring apron as Benavidez got a sweat going. People got in between both combatants to stave off an inappropriately premature faceoff.

TBH, I think I will feel surprised, pleasantly, if it doesn’t look like Crawford is two ticks better than the 26-year-old, who grew up in California and has called Phoenix home. Scan Benavidez’s BoxRec and you see no ‘A’ scalps. A win over 22-0 Frank Rojas looks great … oh wait, the Venezuelan has an artfully built record.

Benavidez’s wide shots don’t have the same pop or velocity that his little brother David’s do, and we can see Crawford biding his time, for like two rounds, before giving the fans at the Omaha arena their climactic pound of flesh.

Last point: Crawford needs, needs, needs a superfight after this one. His development as an athlete, as a man, depends on it. At some point, being only human, he will start to get warped by fighting guys who he knows deep down can’t hang with him. Bob Arum and Team Spence need, need, need to get together and if not smile on each other, grin and bear it and figure out how to share platforms or loot piles so both those fighters get what (I think) they want, and what fans deserve.

Because we, the people, aren’t going to be be fully appreciative of this sea of content if we can’t get the best fighting the best. Boxing will stay stuck if all these new platform providers function as islands, separate and equal, in their pilots’ unwillingness to let co-mingling occur. That goes for all of them: the Arums, the Haymons, the Hearns, the Espinozas et al.

Now, I’m hoping to be errant in my prediction, and to see Benavidez defy conventional wisdom and be the sternest test Crawford’s had since … well, when has he been truly tested? We, the people, want it – and I really think Bud does too. Time tells …