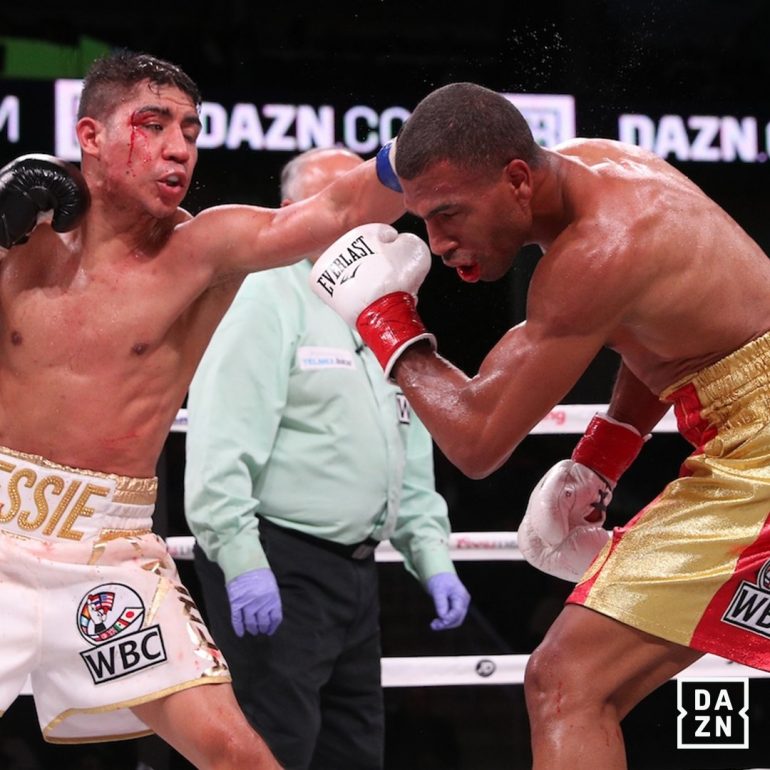 Jessie Vargas thought he was on his way to a hard-fought decision victory over Thomas Dulorme in the main event of a Matchroom Boxing card at Wintrust Arena in Chicago, but the two-division beltholder had to settle for his second draw of 2018.

Vargas (28-2-2, 10 knockouts) fought Adrien Broner to a majority draw in April and majority draw (115-111 for Vargas and two scores of 113-113) was the verdict on Saturday vs. Dulorme, who probably saved himself from a narrow points loss by scoring a flash knockdown off a short right in the final minute of the final round. 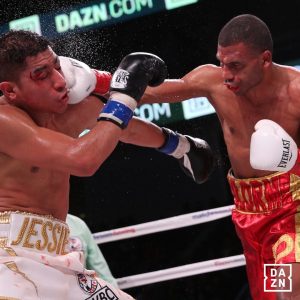 Vargas scored a knockdown with a short right of his own in Round 10 and may have thought he clinched the fight but the two aggressive welterweight technicians were neck-and-neck throughout the 12-round bout, which was televised on DAZN in the U.S., exhibiting skill and versatility, respectable power, and impressive spirit and resilience.

“It got me by surprise, I’m not going to lie,” Vargas said of Dulorme’s final-round knockdown punch. “I was very confident after Round 10, but he caught me backing out. (Dulorme) was better than I expected. He comes and gives it his all, credit to him.

“The draw in my last fight brought a sour taste because I believe I won it, but this one was a good fight and if the judges had it a draw I accept it.”

Vargas had to deal with a nasty cut over his right eye due to an accidental headbutt in Round 2, and the headbutts continued to be a problem throughout the fight, but after getting his legs buckled by a hook at the end of the opening round and having trouble with Dulorme’s speed early on, the Las Vegas native stepped up his intensity and activity and worked his way into the fight. Vargas hurt Dulorme (24-3-1, 16 KOs) in Rounds 4 and 5, but the 28-year-old Puerto Rican battled back each time.

The welterweights boxed and punched on even terms until the final bell, despite the severity of Vargas’ cuts.

Vargas is The Ring’s No. 7-rated welterweight and the No. 3 contender in all four major sanctioning organizations (WBA, WBC, IBF and WBO).