Gavin McDonnell: ‘I can beat Daniel Roman in style. This is my time’ 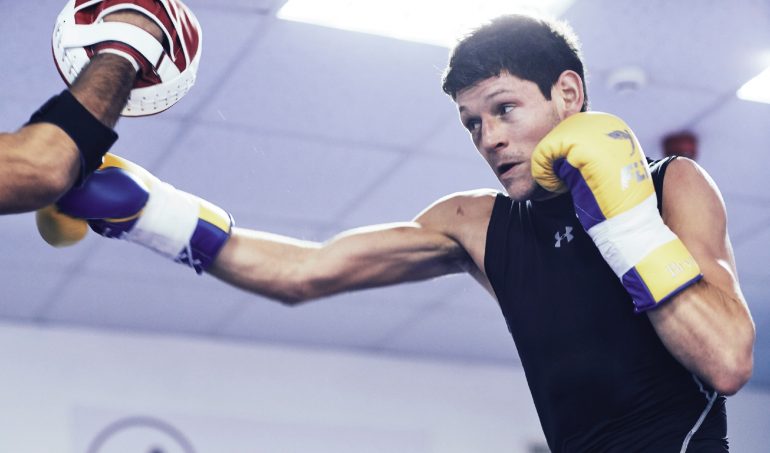 If at first you don’t succeed.

In February of last year, British junior featherweight Gavin McDonnell faced Mexico’s Rey Vargas for the vacant WBC title in Hull, England. It was a competitive contest between unbeaten contenders, but Vargas was declared the points winner after 12 hard fought rounds.

McDonnell (20-1-2, 5 knockouts) was obviously disenchanted, but the 32-year-old technician was determined to secure another opportunity. Since his first professional setback, the Doncaster man has reeled off four straight wins, including a brace of impressive decisions over the previously unbeaten Gamal Yafai (younger brother of WBA junior bantamweight champion Kal) and former world titleholder Stuart Hall.

However, this Saturday McDonnell returns to top level once again when he takes on reigning WBA junior featherweight champion Daniel Roman at the Wintrust Arena in Chicago.

“I needed a couple of fights to get some momentum and get me back to winning ways,” said McDonnell in an interview with The Ring. “I believe that this is the right world title fight for me. It’s gonna be a hard night, but I believe I have the beating of Daniel Roman and I’m very confident.

“I’m a totally different fighter and a totally different person. It’s been a year-and-a-half (since the Vargas loss), and you learn a lot in life during that time, not just in boxing. I’ve got more knowledge and more experience and I’m ready for the world scene.”

Roman, who is rated No. 4 by The Ring at junior featherweight, is in terrific form at present. The 28-year-old pressure-puncher won the WBA ‘regular’ title from Shun Kubo last September in Japan but was upgraded to full champion after Guillermo Rigondeaux was stripped. Roman (25-2-1, 9 KOs) has defended twice in 2018, scoring convincing decision wins over Ryo Matsumoto and Moises Flores.

“He’s Mexican-American, but he has the typical Mexican style and likes to stand and fight,” said McDonnell. “He’s got a good winning record, unbeaten in his last 17 fights, and he picked up a world title which he’s defended well. Roman has done everything asked of him. He’s obviously a good champion and one that I respect.

“But this style suits me more than Rey Vargas, who was tall and rangy. He was quite like myself and I had to force that fight. This kid is right there and I won’t have to go looking for him. As I said, it’s gonna be a tough night’s work, but the training and preparation I’ve had has been unbelievable and that’ll show fight night.

“I’m going to beat him in every department. None of us are on record as big punchers, but I’ve got a bit of a dig. I’m sitting down on my punches a bit more and, if need be, I’ll trade with him. I can outbox him or out fight him and, as long I stick to the game plan and adjust, I can beat this kid. I can go in there and beat Daniel Roman in style.”

McDonnell has been a professional for eight years and is a former British and European champion. He has mixed with the best domestically and had success against Vargas who has proven to be a solid world champion. The gutsy Englishman has acclaimed coach Dave Coldwell in his corner and he is extremely confident of springing the upset in his first overseas assignment.

“I’ve been all around the world with (twin brother and former world champion) Jamie in training camps,” said McDonnell. “Chicago has been good, but we’re here on business. We’ve not done any sightseeing or anything. It’s a case of training, resting and getting the job done Saturday.

“A win would be lifechanging. For the rest of my life, I can just sit back with a smile on my face. Everyone has written me off, so winning this one would be the icing on the cake. I’ve done well up to now with everything I’ve won and getting a crack at a world title. But I genuinely believe I’m a world champion that just hasn’t been crowned. I’ve done everything right in training and this is my time.”

The fight will be shown live on Sky Sports in the U.K. and DAZN in the U.S.