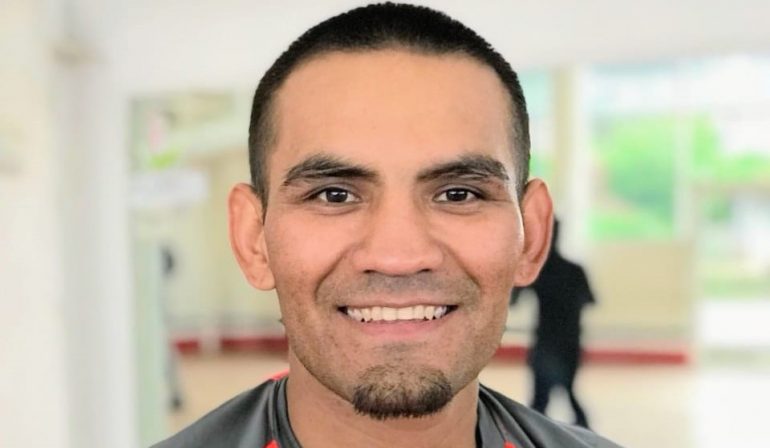 Mexico’s Iran Diaz will make a bold attempt at winning a world title when he challenges fearsome Ring Magazine and WBC junior bantamweight champion Srisaket Sor Rungvisai at the Impact Arena in Bangkok, Thailand, on Saturday.

Diaz (14-2-3, 6 knockouts) has been on good form of late, outpointing former world champions Hernan Marquez and Luis Concepcion in 2016 and 2017 respectively.

However, the 26-year-old contender knows this will be a much tougher challenge, and he is looking forward to pitting his wits against one of the best fighters in the world today.

“I’m very happy and excited,” Diaz told The Ring through Alfonso Nava. “He hits very hard, he is very strong, he brings pressure and looks for the one shot. He is a good champion. I am working, and on October 6 the world can see. I think my speed will trouble him.

“I hope it’s a good fight and I come home with the title.”

“MagnifiKO” is from the tough streets of Cuidad Obregon, Sonora, Mexico. He took up boxing at age 17 and had a modest record of 10-4 as an amateur.

Diaz also studied for three years to become a nurse, however, he gave that up in order to box full-time. The fighter doubts that he will go back to that profession once he retires from the sport.

“No, I will be a world champion and make lots of money [laughs]”

The underdog trained for most of August in the small town of Tejupilco, Mexico, under the watchful eye of coach Alfredo Caballero and his former two-weight world champion Juan Francisco Estrada, some 5,000 meters above sea level.

The hope is that Caballero and Estrada can offer Diaz some of their knowledge on the Thai power-puncher who scored a razor-thin majority decision over Estrada in February.

Diaz will also have legendary former four-weight world champion Juan Manuel Marquez, his promoter, with him for the most arduous test of his career. That gives him extra confidence that he can pull off what would be a serious contender for upset of the year.

“[I will box] a smart fight,” said the challenger. “[My] movement in the ring never stops, focused 12 rounds because Srisaket is very dangerous, he punches very hard, and I know one hit and maybe [I’m] down and lose the fight.