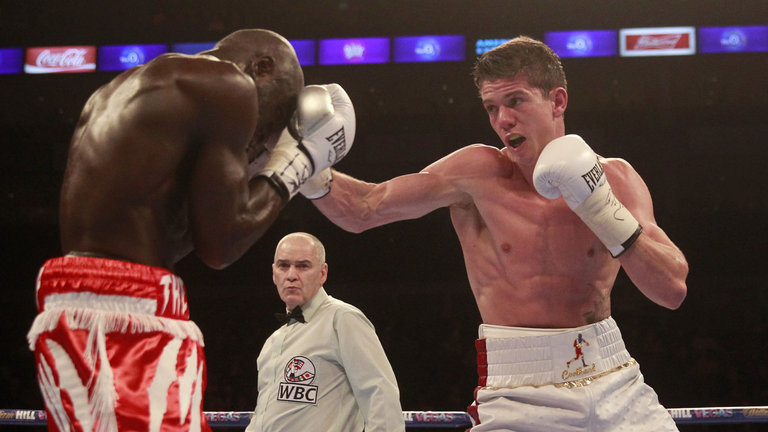 LONDON — When they met in 2015, Yvan Mendy shocked Luke Campbell over 12 rounds.

On Saturday, the Brit grabbed his revenge.

Campbell (19-2, 15 knockouts) cruised to a unanimous points victory Saturday at Wembley Stadium in the rematch to become the WBC’s mandatory challenger and guarantee him a future lightweight title shot. The scores: 119-109, 118-111 and 116-112.

The 2012 Olympic gold medalist boxed off the back foot against the hard-charging Mendy and scored with counter punches at will. Mendy was able to close distance, but he couldn’t catch up with his speedier foe, who blasted him with straight lefts from the southpaw stance.

It was Campbell’s second victory since he dropped a razor-thin decision to then Ring lightweight champion Jorge Linares in September 2017. Campbell proved on night that he’s a world-class 135-pounder. On this night, the 30-year-old Brit entered the squared circle as The Ring’s No. 8 lightweight, and he figures to rise in the rankings after this fine performance.

Mendy (40-5-1, 19 KOs) is currently rated No. 9 by The Ring, but it’s now clear his ’15 victory over Campbell was but a mirage. Campbell claimed he had battled a virus prior to that fight and was far from 100 percent.

It’s back to the drawing board for the 33-year-old Frenchman, but it’s onward and upward for Campbell.