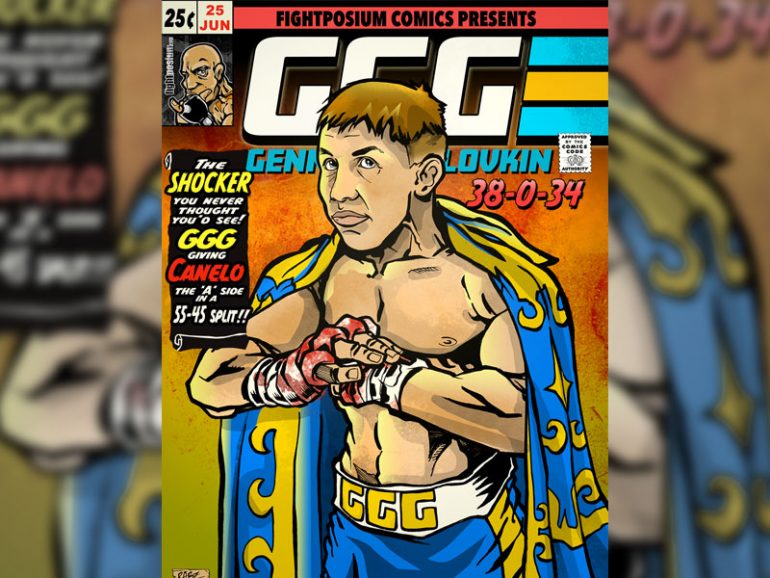 His name is Rob Ayala and he is the dude who has been known till now, in certain circles, as the “boxing comics guy.” You’ve seen his superb work kicking around the net, peer-to-peer-passed on social media.

I dug his work – he is @fightposium on Twitter – so I decided to reach out and try and learn more about who he is and why he is combining his love of fight sports and of art.

Michael Woods: Tell me your name, age, where you live, where you grew up, married, single, kids…

Robert Ayala: My name is Robert Ayala. I am 44 years old and was born and raised in Denver, Colorado. I am married and a father of two kids.

MW: How and why did you get into comics?

RA: A long time ago, for my sixth birthday, I received a couple of old Spider-Man comics, a sketch pad and pencils from my uncle. Right away I was drawn to the colorful artwork and action in each panel. I couldn’t get enough so I started collecting Spider Man comics, which turned into collecting the whole Marvel Universe. X-Men, Silver Surfer; The Avengers soon followed. I would trace and draw Spider-Man on everything. I’ve always had pencil and paper in hand, ready to draw. I drew so much that I would get into trouble by school teachers for always drawing during class. “Robert, do I have your attention?” my teachers would always say. Then “Superman II” came out in theaters. I was so inspired by the movie that I couldn’t stop drawing (General) Zod and Superman fighting. Eventually kids at school started noticing my artwork and they would ask me to draw their favorite superheroes. The rest is history. 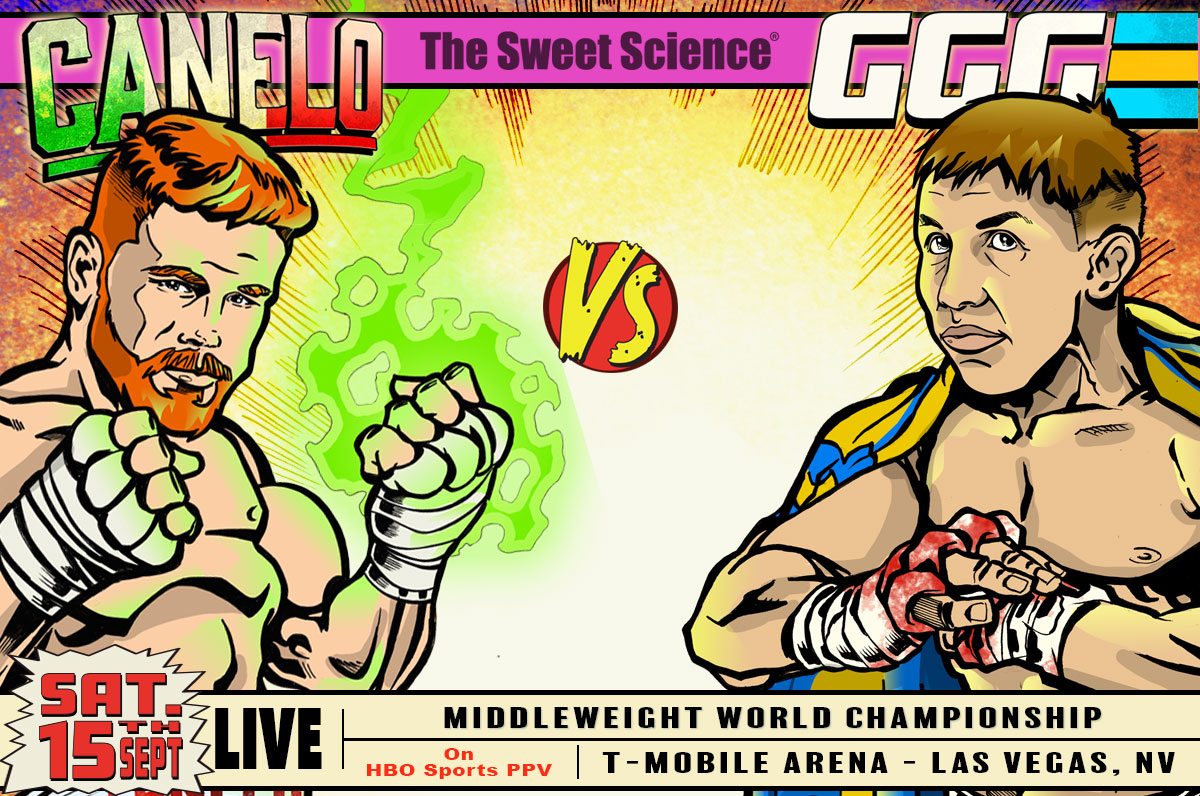 MW: Is that your full-time job?

RA: I work as a web developer and UI (user interface)/UX (user experience) product designer in the health care industry. However watching boxing and drawing comic books are my true passions! I also have a background in branding and graphic design. My dream job is to be able to convey the sport of boxing through my illustrated comic strips and help bring in a more of a mainstream audience.

MW: When did you create your first boxing comic?

RA: I started out doing cartoon commentary in 2011 for the Denver Broncos games. My work was featured on FOX 31’s Denver sports newscast. My first boxing comic book cover was (Vasiliy) Lomachenko vs. (Guillermo) Rigondeaux, back in November of 2017. I received such great feedback from the boxing and MMA community that I’ve decided to compose comic book covers for all future boxing and MMA matches. As long as there’s great fights, I’ll be producing stellar covers.

MW: Are you a massive boxing fan?

RA: I love combat sports! I’ve trained in Tae Kwon Do, wrestling and boxing since I was 13. So yes! I’ve been in love with the Sweet Science since the good ol’ days of watching “Wide World of Sports” with my pops and uncles. That was back when prizefighting was free to watch. Almost every boxing prizefight was a party at my family’s house. When I was a child, my dad and his brothers would invite family and friends over for food and the fights. Like every child back then, I liked (Muhammad) Ali but my favorite champion, as a kid, was Larry Holmes. Most of my friends didn’t start to like boxing until the (Mike) Tyson era but I’m glad I got to experience fighters like (Thomas) Hearns, (Marvelous Marvin) Hagler, (Sugar Ray) Leonard, (Alexis) Arguello and (Ray) “Boom Boom” Mancini. 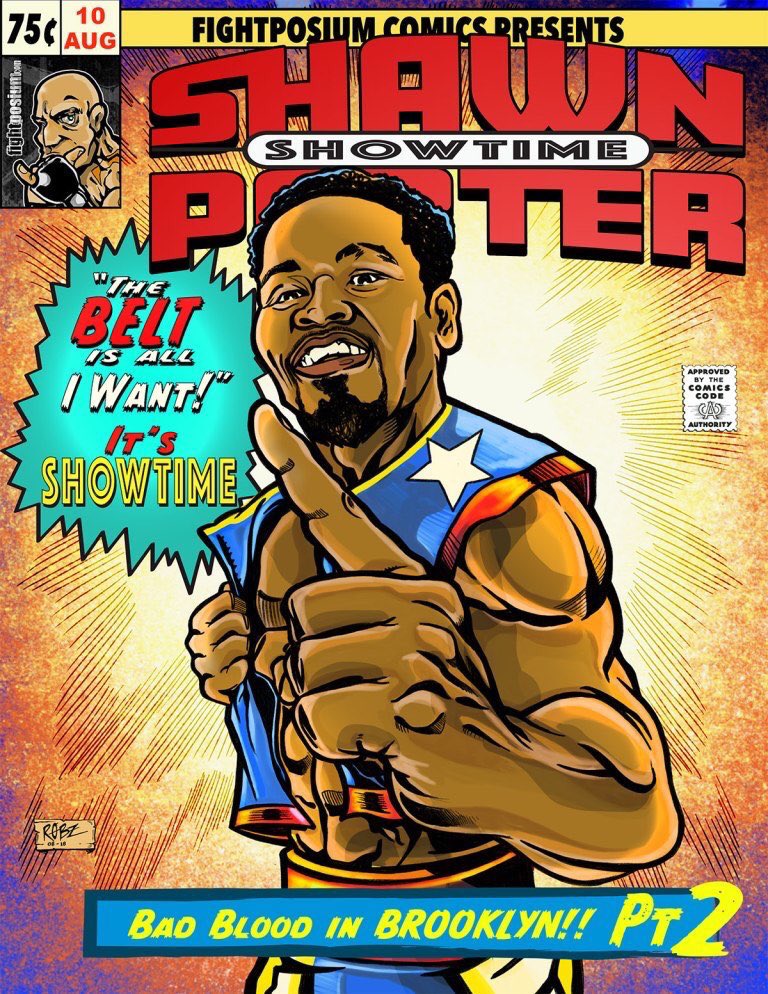 MW: Who are your influences in comics?

RA: Jack “The King” Kirby and Neal Adams were both groundbreaking artists for Marvel and DC. However Marvel’s high-profile illustrators of the ’90s like Todd McFarlane, Jim Lee, Rob Liefeld and Erik Larsen were huge influences who made me want to stick with drawing. These artists of the 1990s were such a creative force in Marvel that they all partnered up to start Image Comics, which allowed them to publish their own creations without sacrificing copyrights.

MW: Why do you think comics are so popular now with young and older folks?

RA: I believe it’s the child in all of us, who likes to escape to fantasy and make-believe, and comic books are the perfect escape. But arguably it’s all the summer blockbuster movies that have everyone on the Marvel and DC train. Parents remember reading X-Men growing up, so they introduce their children to the world of superheroes.

MW: Why do you think people like your illustrations?

RA: I believe comic book fans appreciate my illustrations because it reminds them of art they’ve seen in their favorite comic books. I also get compliments from graphic designers on design layout and composition. And of course boxing fans love my work because I skew current boxing events into my own comic book hero universe. Perfect examples are (former IBF/WBA cruiserweight titleholder) Murat Gassiev resembling the X-Men’s Colossus and (WBC heavyweight titlist) Deontay Wilder as the Victor Von Doom villain type.

MW: You draw them or do them on a computer? How long does one take to do?

RA: On average it takes me three to four hours, from concept to production art. If I am feeling real inspired from a fight, I’ve been known to crank out a cover in like two-and-a-half hours. My process is pretty standard: Sketch/draw out the idea on paper, ink the pencil drawing, scan drawing to the computer, finish coloring, layout and design in Photoshop. 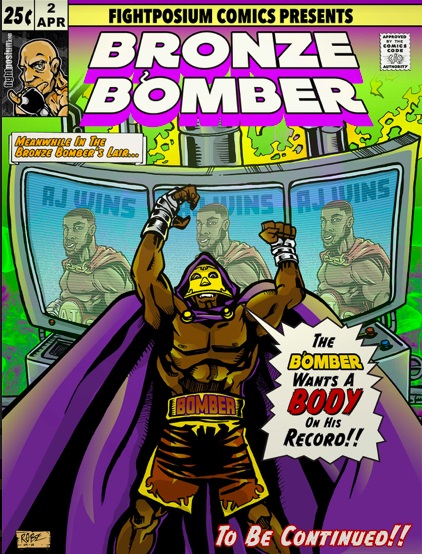 RA: Fighters with nicknames make it easier to create a cool cover. So I’d have to say the “Bronze Bomber” issue, where the Bomber says, “I want a body on my record!” When Wilder said that, I took to paper and pencil and started drawing. It was perfect timing because I just finished my (IBF/WBA/WBO heavyweight titlist Anthony) “AJ” (Joshua) vs. (Joseph) Parker cover, so it was a perfect segue into the Bronze Bomber villainous cover! (Above) I also incorporated the previous AJ vs. Parker cover into the Bomber issue.

RA: I hope my fan base in the combat sports community continues to grow, as more fans want to see me create cool covers. I eventually want to illustrate a round-by-round, multiple panel breakdown of a fight. So on Sunday or Monday morning, boxing fans will be treated to a visually stunning story/report of the previous night’s fight, complete with a post-fight cover of the winner beating the loser in superhero-type fashion.

You can also find Rob Ayala on Instagram @fightposium.