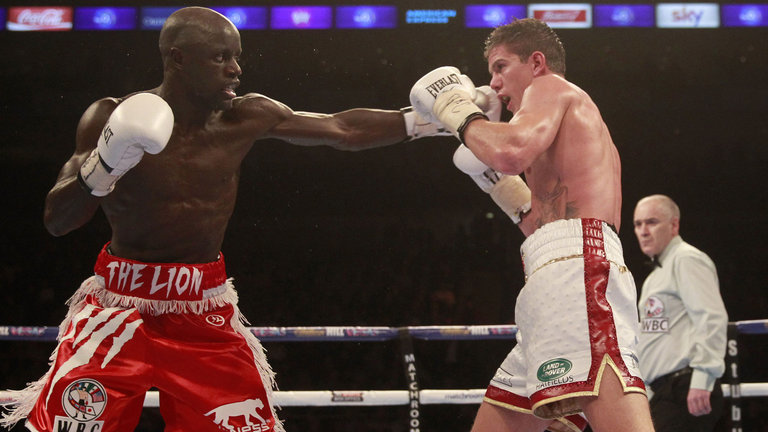 French boxer Yvan Mendy will face Luke Campbell in a final eliminator for the WBC lightweight title in the chief supporting bout to the Anthony Joshua-Alexander Povetkin heavyweight title fight at Wembley Stadium in London on Saturday.

Campbell and Mendy, who are rated No. 8 and No. 9 respectively by The Ring at 135 pounds, will meet in a rematch of their December 2015 bout which Mendy edged via 12-round split decision.

The 33-year-old Frenchman recognizes the enormity of the occasion and intends to prove the first fight was no fluke.

“It’s a great opportunity to confirm my first win [over Campbell] and show to the world that I deserve to be ranked No. 1 by the WBC, and to challenge for the world title,” Mendy told The Ring on Wednesday through manager Mehdi Lafifi.

“I’m proud to fight at Wembley Stadium, with maybe 80,000 boxing fans, just before Joshua, a champion whose making history. But it will make sense if I win.”

Mendy has won seven straight bouts since handing the 2012 Olympic gold medalist his first professional defeat and he is eager to repeat the dosage.

“I really respect Luke, he seems to be a gentleman,” said Mendy. “I accepted the rematch. I know they think that they can correct his mistakes, but I also have some surprises.

“We know that he recently changed his coach (from Jorge Rubio to Shane McGuigan), which is obviously not a good thing when you change your habits a few weeks before the fight. I beat him once, the pressure is on him.”

The visitor has trained hard for three months in a gym that is located near to his home. Mendy welcomes the extra motivation provided by his three daughters, although he did decamp to the mountains for some altitude training mid-camp. 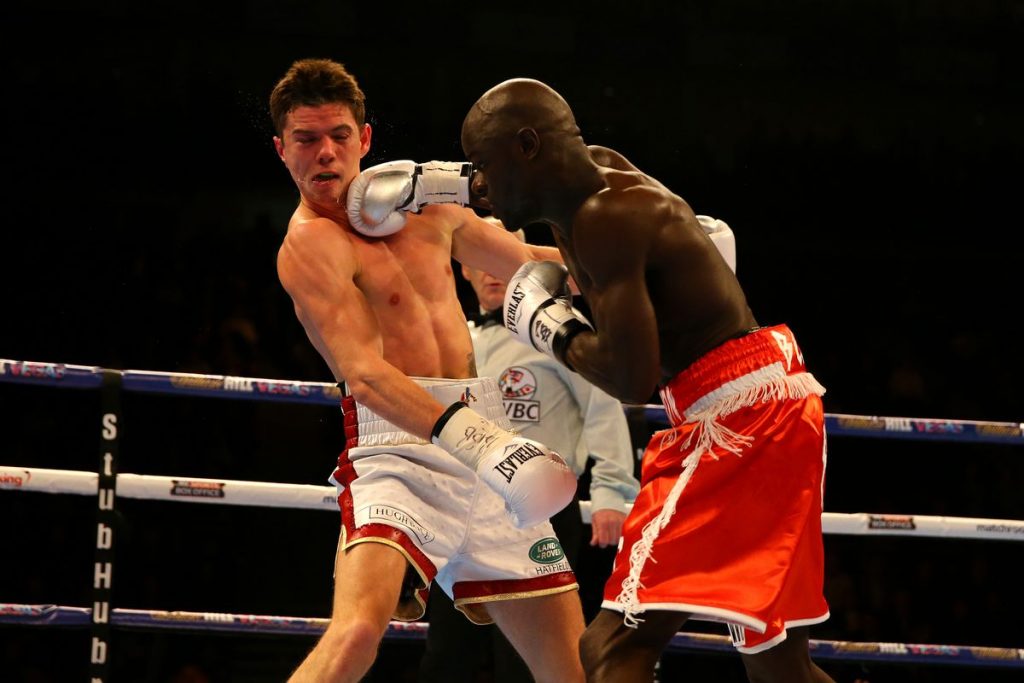 Mendy (40-4-1, 19 knockouts) has also made a few other changes that he feels have been beneficial since the first fight.

“I have a new promoter, Brahim Asloum, the former Olympic and world champion,” confirmed Mendy. “He gave me all I need to be ready for such fights. With my team, Giovanni Boggia as trainer, and Mehdi Lafifi as manager, we’ve won seven fights and we took this fight right way.

“For me, the first fight didn’t exist. I know I have more power, more experience, no weight problems. I’m in very good shape. I had southpaw sparring. I’m focusing on a new fight; like a new opponent.”

While Mendy feels that he has improved, he also expects a better version of his opponent. And he admits to being nervous with regards to how the bout is scored in the U.K.

“The only problem could be judges,” said Mendy. “We don’t want to make trouble, but it’s really unfair to fight in England without neutral officials. It would be shameful if the decision is not correct.

“We train hard and sacrifice everything. If he really wins, I will be the first to congratulate him. Remember the first fight, he went down, and I clearly won but one judge gave the fight to Luke. This time I trust the WBC officials.”

Asloum, Mendy’s new promoter, retired from boxing in 2009 while still the WBA junior flyweight titleholder. He’d walked away due to a lack of TV dates and opportunities but returned in a business capacity a few years later.

“Yvan was my first boxer signed and I knew he was world class,” said Asloum. “Great defense, strength, smart, he could be our next world champion. France has been waiting for a new champion since 2007. [I won] my WBA world junior flyweight title 11 years ago.

“His first fight against Campbell was amazing. I was a TV commentator and I said to myself, ‘If I was a promoter, I will sign him to a contract immediately.’”

Asloum made good on that mental note by signing Mendy, and he has promoted 10 shows in less than two years. He also promotes talented prospect Christian Mbilli; with Yvon Michel, as well as Olympic medalist Mathieu Bauderlique, IBF female champion Maiva Hamadouche and a handful of other boxers, including Guillaume Frenois and Yazid Amghar.

This is not just a big night for Mendy but also French boxing which is looking to return to the upper echelons of the sport after several barren years.