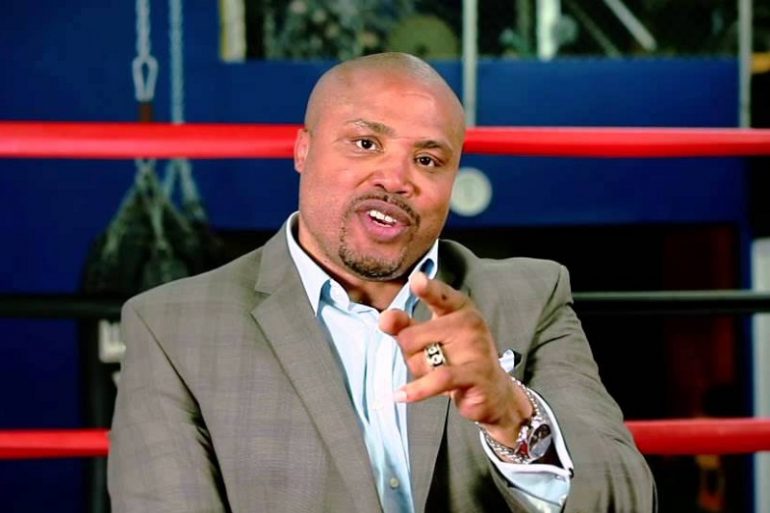 Jameel McCline fought the best and brightest in the heavyweight ranks in the latter-1990s and 2000s and has enjoyed his fair share of success.

McCline made his way out of a New York orphanage, did time on a weapons charge, then turned pro at age 25. He amassed a 41-13-3 record (with 24 knockouts), with no amateur experience, and hung up the mitts in 2012.

McCline has a carpe diem attitude; he ran for Congress in 2014 and told us on the “Talkbox” podcast that he’s not really displeased that he didn’t win. The dysfunction and malignancy within politics, the Florida resident said, makes it hard for anyone to be “normal” when trafficking in that realm.

McCline admitted it hasn’t been easy transitioning from being a heavyweight title challenger to figuring out his next vocational step. As far as admissions go, he wasn’t finished – McCline told us that, during his career, he did indeed use performance-enhancing drugs. In fact, he doesn’t regret it.

We chatted about a Wikipedia entry, which links McCline to PEDs. What about that, true or false? 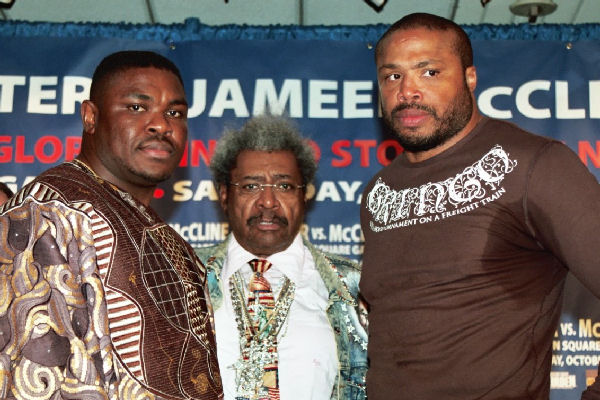 The ex-pugilist said he never tested positive for PEDs and then, “Of course we were using! Everybody was using. You cannot compete at that level amongst the best in the world and not use. It’s insane to even think that!”

Yes, he went there. Fans want to see the tremendous exploits, from boxers to cyclists, but don’t want to really consider the seamy possibilities, as to how they are SO effective.

“You’re out of your mind to call me or anyone else who does this a cheater,” he said. “As a matter of fact, that we were willing to put chemicals into our body to be able to perform at our peak, of course we were (using)!”

McCline said that using PEDs shows dedication to craft. “We’re not doing steroids,” he said. Actually highly complex medications, developed to treat cancer side effects and such, were what he used. “We just knew how to beat the tests back then. I don’t know what these guys are doing anymore,” he stated.

He said he doesn’t think he has any health effects, which could have stemmed from using the exotic chemicals. (I noted that we had Mia St John, another ex-fighter, on the show and she regrets using PEDs.) He doesn’t think so. Some depression, yes; it ain’t easy to come down from being treated like a rock star. 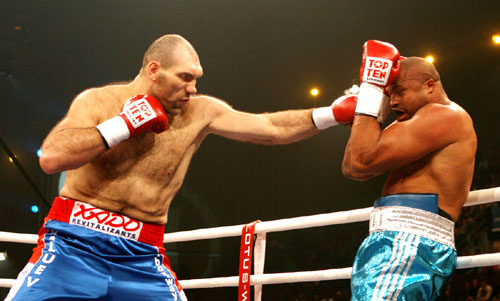 “I don’t have any regrets because it was a part of the game.” McCline sees this choice as one he needed to grab, to excel, “Did I cheat to get there? No. I thought I was being intelligent because the goal is to get there. And being that we weren’t using steroids, I don’t know that it was wrong. Why can’t I use a medication that was built for someone who has breathing issues? Or for someone that has blood issues, that can’t develop red blood cells?…Why can’t I take growth hormones that was made for the AIDS patient?…I think it it’s courageous; I think it’s intelligent because you know it can hurt you…I know it is wayyyy over-the-top thinking. But if you really talk to guys who’ve done it, deep down, they’re saying the exact same thing I’m saying. It’s not cheating; it helped.”

He was introduced to the PEDs when he was an “apprentice” and, no, he won’t name names who showed him the “dark” light. He spoke of the fancy chemicals which served him well; EPO (erythropoietin, which stimulates red blood cell production and growth), he said, worked wonders, as did Procrit (which also boosts blood cell levels).

McCline mentioned a couple guys whom he thought were not using “back in the day” but communicated that he thought just about everyone was looking to get that chemical edge, “I paid doctors, chemists. It was injected into the business plan; that’s how big a part the preparation was,” he said. McCline is pretty sure that many of the A-grade hoopsters are using HGH (human growth hormones) and the like.

And so should we just allow PEDs to be used? “I wish it were regulated and brought above the table…These aren’t illegal substances; these are banned substances from sports,” he said.

McCline shared when he started engaging with PEDs and said, “It is part of the platform,” and, “I wish guys were more honest about it.” He hopes that people who have retired are willing to come clean and admit what they did.

“No regrets, Michael,” he said, firmly.

We talked about then and now and the degree of prevalence of use now. “Internationally it is still very accepted in the forefront, behind the scenes. In boxing, I’ve noticed, this VADA is serious,” he said. McCline added that experts are necessary to be able to beat the tests and people know the tests are coming more frequently, so, “I suspect it’s definitely gone down in boxing.”

My three cents: I appreciate McCline being willing to put out a politically incorrect take. He told us he didn’t really have to deliberate going public with his usage and the presence of PEDs in the sport.

“It’s just about being honest. It is what it is,” said McCline.