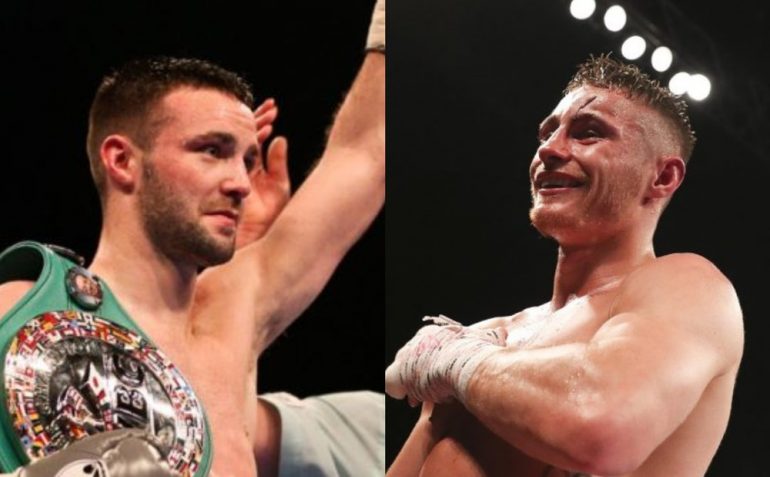 Two more quarter finals of the World Boxing Super Series Season 2 have found a home, this time at the SSE Hydro in Glasgow, Scotland, on Nov. 3.

Edinburgh’s Josh Taylor, who is rated No. 2 by The Ring at junior welterweight, will have home advantage against Ryan “Blue Chip” Martin who hails from Tennessee. Both fighters are unbeaten and both are in the prime of their respective careers.

“I cannot wait for November 3 in Glasgow,” said Taylor (13-0, 11 knockouts). “I’m delighted to be boxing in Scotland in front of my home fans. The Scots will get to see the World Boxing Super Series show come to town, and I will put on a winning performance to keep them singing.

“My team and I believe I can win the Muhammad Ali trophy and both world title belts. The first step on that journey is in Glasgow against Ryan Martin. I will be ready.”

Martin (22-0, 12 KOs) is coming off an eight-round unanimous decision over Breidis Prescott. The former amateur star has been highly-touted since he turned professional in September 2013.

Burnett, who is rated No. 3 by The Ring at 118 pounds, is a former unified titleholder but relinquished the IBF version earlier this year. The unbeaten Belfast star is on terrific form and is looking to bolster his reputation with a victory over a future Hall-of-Famer.

“Donaire is a great fighter,” said Burnett (19-0, 9 KOs). “I have always admired him, but now I must prepare to beat him. I am someone who wants to prove I am the best by beating the best. The World Boxing Super Series has given me the opportunity to achieve that dream.”

In his most recent outing, Donaire (38-5, 24 KOs) dropped a 12-round unanimous decision to another Belfast native, Carl Frampton.