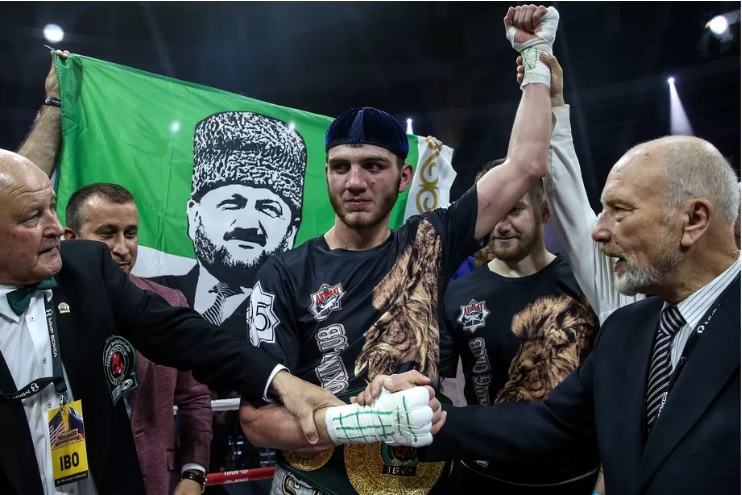 Many fighters coming out of the Russian region are not smack talkers. They like to let their fists talk for them and the gaining acclaim and drawing buzz via running of their mouths isn’t how they roll.

Yes, even once he got cooking and ensconced in the big bouts, former light heavyweight titlist Sergey Kovalev didn’t employ an American-style method to gain followers with talking trash. So it’s no wonder that when I talk to Umar Salamov, a 24-year-old Russias who is now training in the U.S., he isn’t blowing me away with the forcefulness of his words. He comes off as humble, as a respectable athlete, who seems quite intent on blowing up his rep the old-fashioned way – by dropping and stopping foes. However the hitter, promoted by Dmitriy Salita, once prodded, did allow that he believes, as of right now, he is a top-tier practitioner at 175 pounds. His confidence, paired with his record (21-1, 16 knockouts), has me looking harder at him and putting him onto my personal watch list within 175, a most fertile ground of talent.

“I guarantee that I will show the public that I am the best light heavyweight in the world! No matter if we are in the third or 11th round, my goal is to knock you out! I can’t wait to put this on display against one of the light heavyweight champions,” said Salamov via email.

Before he gets to try and take down one of the division’s elite, Salamov will first look to gain his 22nd win against Denis Liebau (24-2, 22 KOs), a German scrapper, in a bout scheduled for tomorrow, in Grozny.

Salamov grew up in Alkhan-Kala, Russia, and started boxing at age 11. His uncle, a boxing enthusiast, introduced him to the sport, he told me. Now residing in Oak Park, Michigan, Salamov clued me in from where he came and how and why he chose this sweet and savage science to make his mark on the world.

“There are five of us in the family. Besides me there are three sisters and a younger brother. Our father and mother brought us up in rigor and at a very difficult time but, despite this, we received the best and, to this day, they are trying for us,” Salamov told me. “I went more like my father probably. I like him and I really love animals and, in the future, I hope to open a farm. My mother is a housewife, so, at any time when I return home, (the feeling from) from the house is cozy and (the food is) tasty! In boxing, my uncle brought me in early childhood; he drove me with him to various cities, giving the opportunity to study and train with the best!”

The Michigan transplant, rated No. 11 by IBF and No. 14 by the WBO at 175 pounds, continued, “I was and am a big fan of the sport of boxing. That’s why it was a great experience to come and train at the legendary Kronk Gym in Detroit. The gym is plastered with former legends and world champions. Some of the native champions sometimes even drop by the gym. That is a great atmosphere. I was an elite amateur, winning many national and international tournaments and the transition seemed to be natural, even at an early age. Due to my experience and gained skills, I was able to progress quickly in the pro ranks. I am learning every day that I am in the gym. I am a student of the game and respect that there is always always room to learn. With that being said, I feel that I am the best in the division and want to challenge the champions. I will make a statement September 5th with the goal of landing the big fights!” 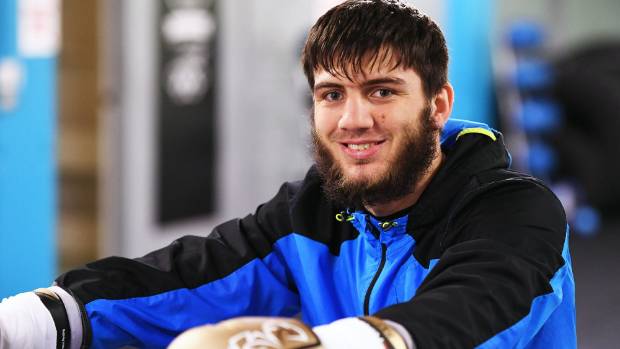 I pressed Salamov, who debuted in December of 2012, asking which of his pro fights has meant the most to him.

“Every fight is most important. I would say that my last one (versus Brian Howard, whom he stopped in nine rounds, in Detroit last June) was that, since it was on American television.”

He touched on deciding to make the move to the United States, “I knew that I needed to take next step in my career, so I signed with Salita Promotions, which is an American-based company but Dmitriy also speaks Russian, which is very helpful and kind of unusual. It’s unusual because he really grew up in the U.S. and is an American boxing guy, all the way, unlike the other Russian-speaking boxing businessmen. He is very unique and very good, in that way. I train in Oak Park, Michigan, suburbs of Detroit. Salita Promotions helped me get set up and makes sure I have help settling in and being comfortable, really any time of the day. I like Detroit and Michigan from what I seen so far!”

And what are Salamov’s near-term goals? “My goal is to train hard, score knockouts and bring home a world title!”

I asked Salita what makes this kid different, special. “He is very experienced and has world-class skills and potential. I believe he has all the ingredients to fight and beat all the current world champions at light heavyweight,” the promoter declared. “He wants to fight (WBA beltholder) Dmitry Bivol and (WBO titlist) Eleider Alvarez. I believe he is ready for those fights. His fight on September 5th for the (vacant) WBO international (title) will show his potential!”

My three cents: After having been pressed, Salamov put aside the humility, which I sense is real and not for show, and admitted he thinks he is an ace at 175. I tend to believe him but will need to see more of him in action to be fully convinced.