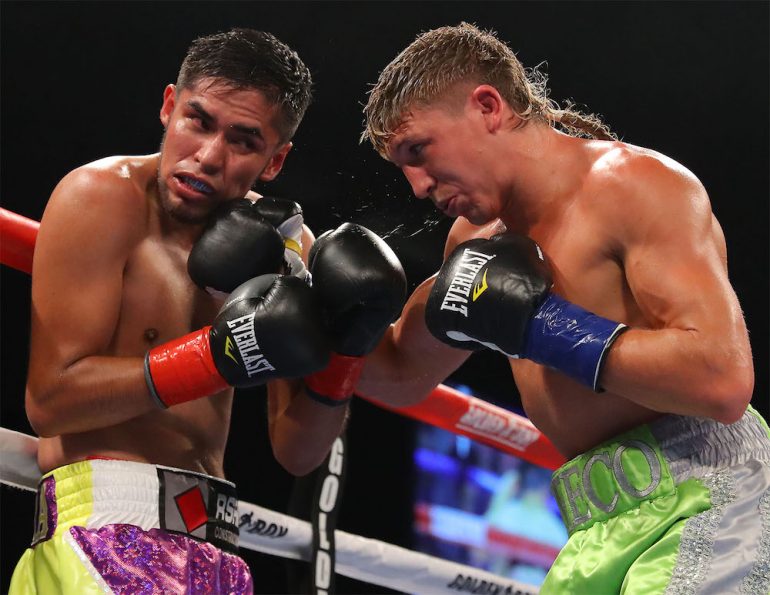 INDIO, Calif. — In a clash of unbeaten junior middleweights, Neeco Macias stopped Marvin Cabrera after the end of Round 6 in an extraordinary performance.

Macias (17-0, 10 knockouts) was the aggressor from the opening bell and never let up, walking Cabrera down and pinning him against the ropes, where he threw an abundance of punches. Not every punch landed, but Cabrera was forced to fight defensively.

Macias, who resides near Los Angeles in Lancaster, seemed to get stronger with each round. According to Punch Stat numbers, he threw 196 punches in Round 3, followed by 199 punches in Round 4.

Cabrera began to throw more punches in Round 4, but any offense he mounted would get wiped out by the amount of punches Macias connected, putting Cabrera again on the defensive.

Macias had his best round in the sixth, punishing Cabrera several times against the ropes. Cabrera was hurt in the final minute of the round as Macias landed at will, almost prompting referee Ray Corona to intervene from the punishment Cabrera was taking.

After the end of the round, Cabrera’s corner told Ray Corona to stop the fight, saving their fighter from further punishment.

Cabrera, who hails from Mexico City and now resides in Los Angeles, drops to 8-1, 6 KOs. 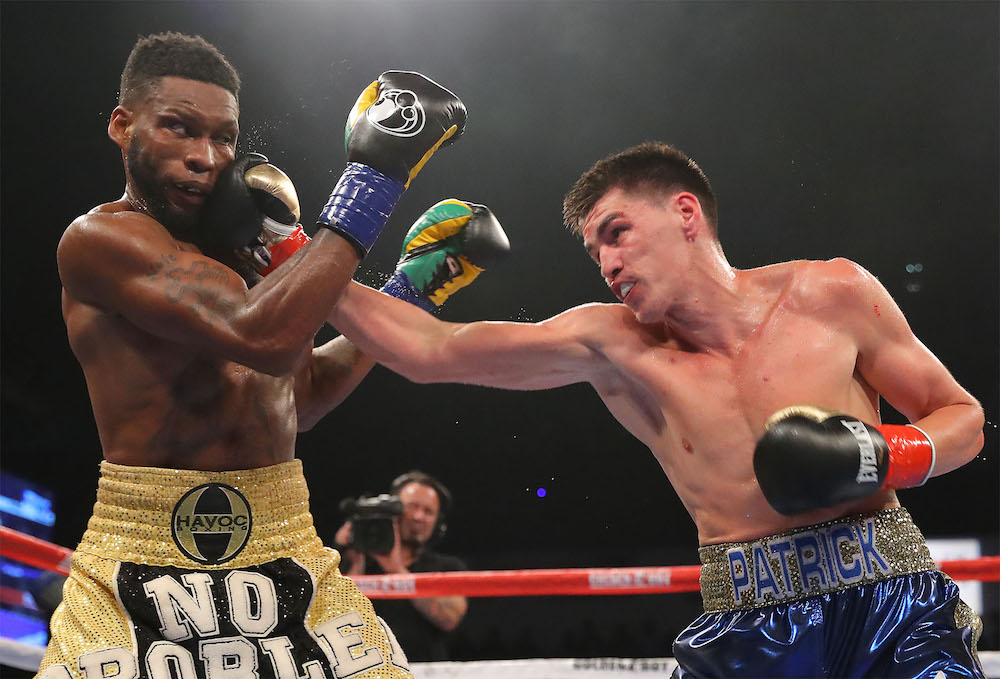 In an eight-round clash between junior middleweight contenders, Patrick Teixeira of Brazil outboxed Nathaniel Gallimore to win by unanimous decision.

The southpaw Teixeira was the busier fighter, connecting with several combinations to the head of Gallimore. Teixeira stunned Gallimore midway through Round 2, but Gallimore was able to weather the storm.

Gallimore walked Teixeira down during the middle rounds, but would only throw one punch at a time. Teixeira mixed his attack during the second half of the fight, throwing numerous combinations that connected to the head and body of Gallimore.

“It was a good fight, but I have to get better,” said Teixeira who is ranked No. 10 by the WBO. “He was a tough opponent. I want a title next. I have to work hard for that. I will stay in Oxnard, California, and keep training.”

Reyes (9-15, 6 KOs) was game, at times the aggressor, but Ventura landed the sharper and more effective punches throughout the fight. Reyes was deducted a point by referee

Middleweight Alex Rincon (5-0, 5 KOs) overpowered Osbaldo Gonzalez, stunning him several times before stopping him in Round 3. A combination sent Gonzalez (6-3, 4 KOs) reeling backwards in a corner, prompting referee Thomas Taylor to stop the bout at 2:23.

Welterweight prospect Sergey Lubkovich (9-0, 7 KOs) of Russia dropped Juan Ruiz twice en route to a knockout victory after the second round. Ruiz (21-3, 13 KOs) did not answer the bell for Round 3.

Junior welterweight George Rincon outboxed Daniel Perales (10-14-1, 5 KOs) over four rounds to win by unanimous decision. All three judges scored the bout 40-35 in favor of Rincon, who improves to 5-0, 2 KOs.