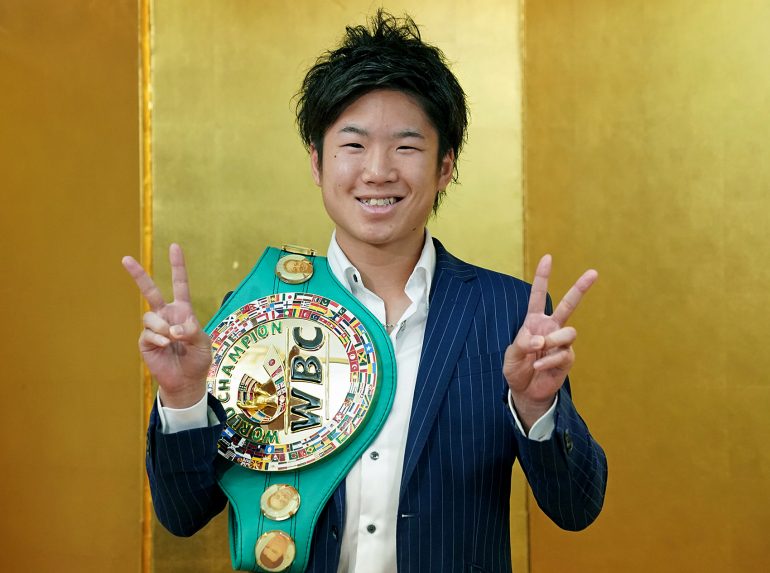 Ken Shiro will look to add another former champion to his growing resume when he makes his fourth defense of the WBC junior flyweight title against Milan Melindo on October 7.

The fight was announced at a press conference Tuesday, and according to Japan Times will be at the Yokohama Arena on the same card as Naoya Inoue’s opening fight in the World Boxing Super Series against Juan Carlos Payano.

Shiro (13-0, 7 knockouts) won the title in May of 2017 with a majority decision over Ganigan Lopez and retained it for the first time later that year with another majority decision over Pedro Guevara. The 26-year-old from Kyoto has been more dominant in his last two outings, stopping Gilberto Pedroza in four and Lopez in two in a rematch.

“I want to give it my all so that I can deliver another comprehensive win,” Shiro is quoted by Japan Times.

“I have no fear of [Melindo]. If I can maintain the right distance, I will have no problems.”

Melindo (37-3, 13 KOs) of Cagayan de Oro City, Philippines had success in his first fight in Japan last year, stopping Akira Yaegashi in a single round to win the IBF junior flyweight belt, but the 30-year-old hasn’t fought since his last fight there when he lost a unanimous decision to Ryoichi Taguchi in a unification this past New Year’s Eve.

Melindo’s promoter Michael Aldeguer of ALA Promotions tells The Ring that they’re waiting to receive the contract and for matters concerning television coverage to be cleared up.

“Hope to finalize everything this week,” Aldeguer says.